How has North Korea managed to remain the number one most dangerous country for Christians for the last 16 years? Let’s go back over a decade, to see what life was like when it first topped the World Watch List.

Lee Joo-Chan experienced what life was like for believers in North Korea first hand. Lee was asked to share his story at an Open Doors Day in the Netherlands a few years ago. At the end of his address his wife and son joined him on stage, they’d been asked to sing.

“Amazing Grace,” Lee said “that’s the song that Christians sing the most in North Korean.”

In front of 6,000 people they began the first verse. But his son Hyo stood silent. The twenty-two-year-old put his hands in front of his eyes and dropped to his knees. The song taking him back to his dark fatherland. To the streets where he struggled to survive, the friends who died in his arms, and the prison cell where he nearly lost his life. Lee noticed his son weeping and couldn’t contain himself either. He fell to his knees and hit the stage with his fist.

“God, save the people of North Korea!” he cried.

It came directly from the mouth of the persecuted church. The Open Doors director knelt down next to him and put his arms around him. Two worlds coming together, one hardly able to comprehend the pain of the other, but hoping that their story will wake up the free world. 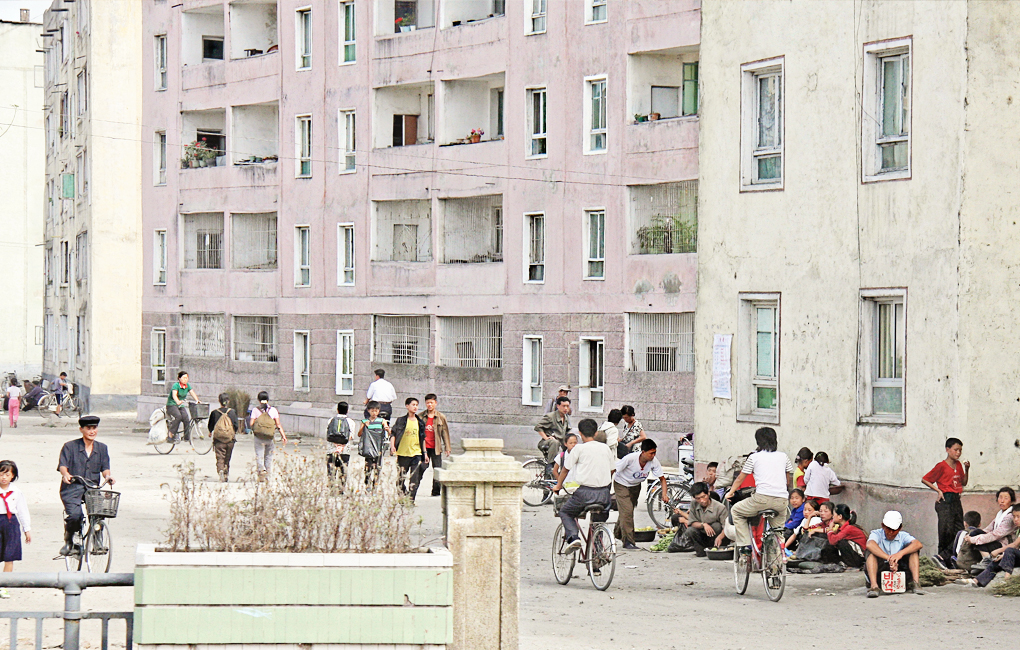 Lee grew up in North Korea. Christianity was completely forbidden and just owning a Bible could lead to life in a concentration camp. Lee didn’t know his parents were followers of Jesus Christ, he only knew that they were different. Each night they would go into the garden and dig up a clay pot which they brought inside. Hidden in the pot was a little black book. Even though Lee didn’t know the words “Bible” or “Jesus” he knew the book was something illegal and not to be mentioned.

Every Christian in North Korea accepts that there will come a day when their faith will be tested. That they will be tortured and pressured to deny Jesus. Lee’s parents chose not to share the gospel with him, until many years later when his mother found him in China.

Lee had been working as a history teacher in North Korea when the famine claimed many children’s lives. “Sometimes I saw people lie down and not have the strength to get up again. They died on the spot.” He said.

Lee became angry and lost control, throwing books on the floor that were written by Kim Il-Sung. His actions were equal to sacrilege. A party member who saw him was furious and threatened to report him.

With no time to go back for his wife and children, Lee jumped on a train and slipped into China where he lived for five and a half years, begging to survive and sleeping in a plastic tent in the woods.

In 1998 his mother also crossed into China. She took Lee to a church. “She spoke about the Bible, about the Fall, about God and Jesus’ sacrifice,” he said.

She prayed for Lee, the first prayer she had spoken aloud since 1945. The prayer lasted for 3 hours and she was shaking by the end of it. Lee was convinced that God existed and decided to dedicate his life to Him.

In 2000 his mother decided to return to North Korea with Lee’s brother. She said goodbye to the church she often spoke at and asked for prayer as they crossed the river in a week. No one knew there was a traitor in the congregation.

“She died as a martyr and I am the son of a martyr. I’ll never forget that.”

Lee watched his mother and brother cross over the river into North Korea. It was all too late when he noticed a hidden military jeep in the grass. They had been betrayed. When his mother emerged from the water she was hit in the head with the butt of a rifle and lay motionless on the ground. The soldiers stabbed Lee’s brother with a bayonet. Both of them died on the spot.

“She died as a martyr and I am the son of a martyr. I’ll never forget that.” He said.

Lee decided to go to South Korea to start a new life. Three of them set out to find a South Korean embassy in Cambodia as the one in China was heavily guarded. The crossing into Cambodia was dangerous and many Christians were arrested there.

“[That night] I dreamt of a huge angel surrounded by a shining light. He told me that I should follow him. At that point, I woke up.” He said.

Lee opened his eyes and the angel was still standing in front of him. Again the angel told Lee that he should follow him. Lee and the others walked for seven hours. The angel did not say a word until the sun came up. Then the angel turned round, smiled and said, “You are now free. There are no more obstacles.” Lee realised that they had reached Cambodia safely.

In South Korea, Lee trained as a pastor and began his search for his family still stuck in North Korea. Lee’s father, sister and brother had all been murdered. His wife had been forced to divorce him and taken their daughter with her. But eventually, he was reunited with his son.

North Korea is number one on the 2017 Open Doors World Watch List. Read more about what life is like for the several hundred thousand Christians secretly living out their faith inside the country on the North Korea profile page…