From drug smuggler to Bible smuggler

Alim’s* life almost sounds like the plot of an action movie. The main character? A man who was once trafficker for underground illegal drug networks. The twist? He meets Jesus and turns out to have the exact skills needed to run an undercover Bible distribution centre.

As a young man, Alim would never have predicted that he’d one day be in full-time ministry. In those years, he was busy running a drug-smuggling operation in Central Asia. But when Alim was caught, he was locked away in a prison cell with nothing to live for.

“For a long time, I neglected the spiritual questions. I was empty, and I didn’t want to live,” he said. But, behind bars, Alim’s cellmate offered him the book of John to read.

With little else to do, Alim began reading all the disciple John had written. As he turned the pages, he wrestled with the concept of eternal life. It was this experience in prison that finally began to change Alim.

“I met Jesus through the book of John,” he said. 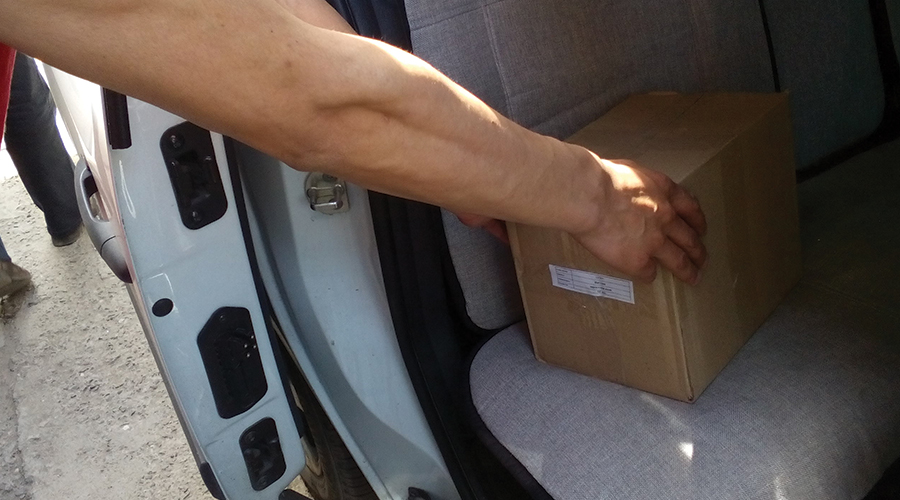 “We are here to start a revolution, to bring people from death to life!”

While serving the remainder of his sentence, he became free from drugs and alcohol and began to grow spiritually. After his release, he had become so passionate about his faith that he decided to enrol in seminary.

Eventually, Alim began pastoring a local congregation in an area where it was dangerous to be a Christian. Alim’s church were forced to meet in hiding, rotating between different locations to avoid detection.

But all of these life experiences built upon each other to prepare Alim for another ministry, one that is also conducted entirely in secret. Today, through your support, Alim directs one of the largest Open Doors Bible distribution facilities in all of Central Asia.

Alim and his team smuggle the illegal Bibles, discipleship resources and evangelism materials stored here to churches throughout five nearby countries. This underground network provides believers with the vital words of Jesus to sustain their Christian walk. They also do what Alim’s cellmate once did for him—help unbelievers meet Jesus for the first time through God’s word.

“Of course, it’s dangerous,” Alim said. “The authorities will come and search, but the materials are hidden.”

A sign hangs over the illegal Bibles that displays the words of Proverbs 8:10: “Choose my instruction rather than silver; knowledge rather than choice gold.” It’s an appropriate reminder for an operation so risky. If the Bible distribution centre is discovered, it will be shut down and Alim will return to prison.

“We are here to start a revolution,” Alim said “to bring people from death to life!”

Through your prayers and support, the Kingdom is expanding in powerful ways throughout Central Asia thanks to courageous believers like Alim. Please keep praying for them!