God takes, but gives back more

On December 11 2016 a suicide bomber linked to an Islamic extremist group entered Saint Peter and Saint Paul’s church in Cairo and killed 25 people. The father of 15-year-old Marian was one of the victims. He died in her arms. But it hasn’t made her doubt God’s love for her. On the contrary…

Marian lives with her family in a house on the church premises that is located in a busy district near the city center of Cairo. They share the house with her uncle’s family. Her uncle is a guard in the church, just as her father used to be. The house is filled with pictures of Marian’s father Nabil, he was 45 when he died. Marian points at one of her father’s pictures, “The peaceful way my father smiles in that picture is the way he smiled when he passed away” 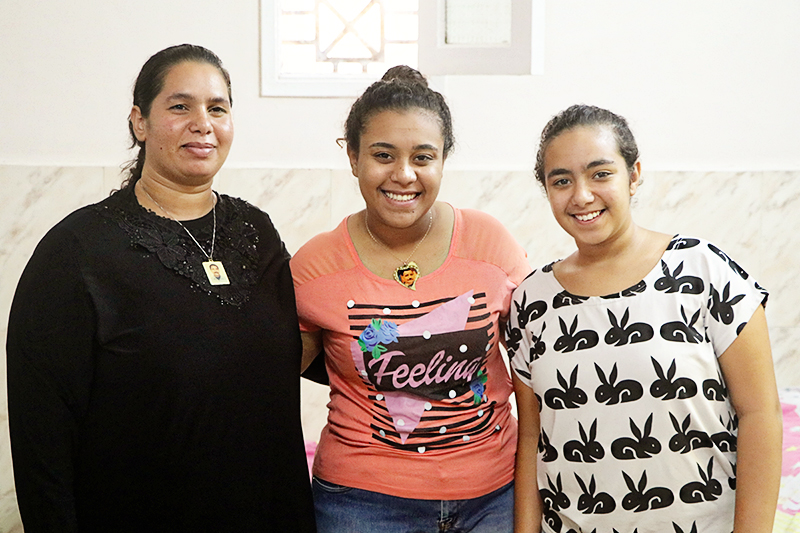 The day it happened

It’s a vivid memory for high school student Marian. That Sunday, just days before her 15th birthday, Marian had been accompanying her father in guarding the church. “We had breakfast together and we were joking with each other.” Marian recalls the morning with a sad smile. “I remember he was exceptionally happy that day.” After the first service, Marian’s father asked her to go home and bring some tea. What happened next would change her life forever. “I had started the water cooker when I heard a big explosion. I thought of my father immediately.”

“There was white smoke everywhere and people were running around in panic,” she recalls. “I was in shock, but I managed to run outside and started asking everyone if they’d seen my father.” Now, months later, the courtyard is empty and silent. But every time Marian walks there, she remembers that day. She found her father near the entrance of the church.

“He was just lying there, still holding tight to the keys of the church, even though the explosion had blown him away for metres.” In the chaos of smoke, dead bodies and blood, Marian knew she had to say goodbye to her father. “I put his head on my lap. He gave me the keys and asked me to take care of my younger brother and sister. Then he closed his eyes and smiled peacefully, his face shining. Then he went to heaven.”

People have told her where her father stood when the attacker came in to the women’s section of the church; how he ran after him to stop him. “Look here, you see the dents of the blasts on the pillars, the walls. The church didn’t repair them on purpose, so we remember how the women died for their faith that day and how my father, as only male victim, did.” 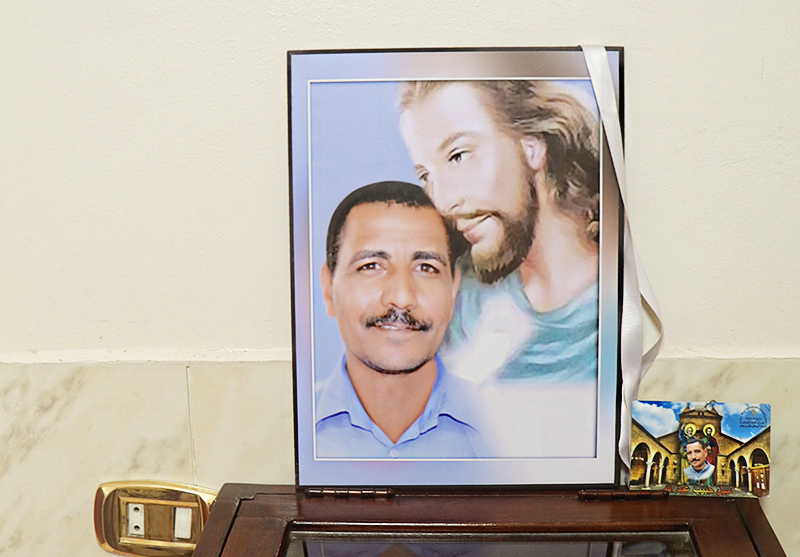 A picture of Marian’s father, Nabil, in their home

“I believe he is encouraging me…”

Anger, sadness, disbelief. A lot of emotions kept Marian’s mind busy the days after the attack. “My father was a great man, a loving father, I missed him so, so much. I asked God why?” Marian shows us a necklace with her father’s picture. Although she still misses his physical presence, now, months after the attack, she doesn’t feel like he has left her. “I believe he is encouraging me from heaven to live close to God,” she says. “I feel like he’s telling me that I’m not alone, that Jesus is with me.”

Marian, her mother and younger brother and sister continue to live with their family on the church premises for now. Meanwhile, Marian is working hard in school. She is smart and wants to become a doctor one day, like her father would have wanted her to be. “And I go to church now each Sunday, my faith has grown. I don’t know what tomorrow will bring, but I do know that God will take care of me.”

Anger and sadness have made room for peace and love in the past months; Marian can’t stop talking about it during our visit. “I have felt God’s unimaginable comfort through these times. And I’ve felt the warm love of the Christian community. God takes, but He gives back more. I can’t repeat it enough, and I want the youngsters around the world to know it as well: God is love, God is kind, God is merciful. I have experienced this in my most difficult hour.”