Iran: ‘When you walk through the fire’

Saghar was in the airport when she spotted the secret agent. Only three days earlier, he and several other members of the Iranian secret police had raided her home. They were the reason she was making a quick escape from Iran, the country she’d lived all her life. Now she didn’t know if she would even make it onto the plane – or if, instead, she’d end up in one of Iran’s infamous prisons.

Miraculously, she wasn’t spotted. It wasn’t until she was on the plane that security called her name – a warrant for her arrest had been issued. But they were too late. Saghar had gone. Write a letter to encourage Saghar now…

Saghar knew, as a Christian from a Muslim background, that organising a secret house church was dangerous. She had grown up in a Muslim family and, like many believers from a Muslim background, first encountered Jesus through a dream. He used the same words as He spoke to the disciples Simon and Andrew in Mark 1:17: “Follow me.” That simple, powerful call changed Saghar’s life forever.

Saghar gathered with other Christians, worshipped and prayed. It was always risky but, as Saghar says, “Fellowship is essential for growth.” They shared their lives together, and became family. Eventually Saghar even decided to take the most dangerous job in church: the pastor.

Iranian house churches are regularly raided, so Saghar knew it was a scary possibility. Dozens of Christians are imprisoned for their faith each year, and the prisons they’re sent to are truly appalling. Saghrar says: “The first thing the security services want is to de-unify us,” says Saghar. “But staying together will really help us in these times.”

Increasingly, Iranian Christians meet to share advice and knowledge on how to withstand persecution from secret police – including both practical and spiritual tips. Saghar had been to a meeting like this just a few months before the raid and, despite being understandably terrified, she had an idea.

As her interrogation was about to begin, she asked to go to the toilet. Door locked, Saghar took a selfie, and sent it to the outside world: “Please pray for us; our church is being raided!” She started deleting evidence from her phone that would link her to other believers, as she’d been advised when meeting with other believers.

This meeting was also extremely useful when Saghar was back with the interrogators. She knew her legal rights and so, when the officers told her she was going to be arrested, she asked to see their warrant for arrest. They didn’t have one, and so she avoided being taken away immediately. The secret police continued to search the house, seized items including Saghar’s Bible, and left – crucially, she had time to escape.

“At the gathering with the other believers, I learned how to manage my emotions and what my rights are,” remembers Saghar. “I wouldn’t be here today if it weren’t for my preparation.”

Three days later, Saghar was at the airport. She knew that at any moment she could be intercepted by the secret police – but God reminded her of a verse from Isaiah 43: “When you walk through the fire, you will not be burned.”

And she walked through the airport, and onto the plane, without being burned. Thanks to being prepared and to God’s intervention, Saghar managed to get out of Iran – and now she lives safely in another country. It’s been extremely hard – with flashbacks, nightmares and missing her home – but Saghar knows she has escaped something much worse.

When asked what Christians around the world can do for Iranian believers, Saghar immediately knows the answer – it’s the same thing she asked for in the middle of the raid: “Pray! No Christians should face persecution unprepared, and no Christian should go through it without prayer from the worldwide church.” 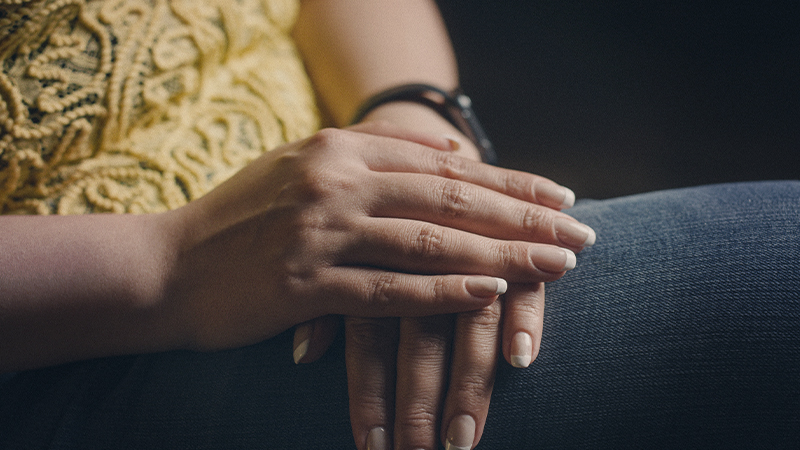 You can write a letter of encouragement to Saghar – she would really love to hear from her church family in the UK and Ireland.