At Christmas we remember when the son of God, in all his glory, chose to make himself vulnerable and be born as a human baby. But Not just to be born, but to be born to a teenage mum who wasn’t married when she conceived. To be born into a carpenters family, not a rich one. To be born into the moos and bleats and horse poo of a stable. At Christmas we remember that God left the comfort and splendour of his heavenly home with the intention of showing us love. That cute little baby represents the start of a journey, one which ends in a painful death of the cross, but one in which we are rescued from sin, pain and eternal separation from our heavenly dad.

The salvation story is one of life changing, universe shaking, power. But so is the way in which Jesus went about it. He didn’t grow up in a palace, protected from the tough stuff in life. Instead the bible tells us that ‘he was despised and rejected by mankind, a man of suffering, and familiar with pain.’ (Isaiah 53) He knew what it was to be poor, to be an outcast.

He knew what it was like to be a refugee.

The salvation story is one of life changing, universe shaking, power. But so is the way in which Jesus went about it. He didn’t grow up in a palace, protected from the tough stuff in life.

This part of Jesus’ life often gets forgotten. But Jesus’ early childhood will resonate with many Christians around the world this Christmas. In the last few years, the UN announced that the number of people living as refugees has exceeded 50 million for the first time since the Second World War. Many of these are Christians fleeing persecution.

After the well known Christmas story, after the angels, the star, the shepherds and the wise men had all gone home, Herod realised he’s been duped by the wise men and lost it. He ordered a mass infanticide and every boy between zero and two in and around Bethlehem was killed. His plan to kill the one baby failed, so he killed all the babies that fitted Jesus’ description. A whole generation of boys was wiped out. When ISIS invaded Mosul in the summer of 2014, Christians homes were marked out with a symbol – the Arabic for ‘N’. N for Nazarene- Christian. Like the baby boys of Bethlehem, they were marked out because of an association with Jesus, because like Herod ISIS are terrified of Jesus’ world changing potential.

Incredibly Jesus escaped. Joseph was visited by an Angel in a dream, and told to take Mary and baby to Egypt, where they lived till Herod’s death. Many Christians escaped from Mosul and fled to Kurdistan. Though part of Iraq, Kurdistan speaks Kurdish, not Arabic, and has its own distinct culture.

Many refugees feel like they are in a foreign country. Though they are now safely away from ISIS, many have seen terrible things and are traumatised. Then there’s survivor’s guilt – the confusion over why you got away when others didn’t. I can’t help wondering if Mary, Joseph and Jesus struggled with this too. Not only that, but some of those little boys would have been friends, or even relatives. As well as guilt, they would have had grief to deal with too.

In Matthew 25: 40 Jesus says that ‘whatever you did for the least of these brothers and sisters of mine, you did for me.’ When I look at the faces of Iraqi refugee families in the news, it’s really not that hard to see Mary, Joseph and Jesus staring back. So this Christmas, let’s remember Jesus the refugee. 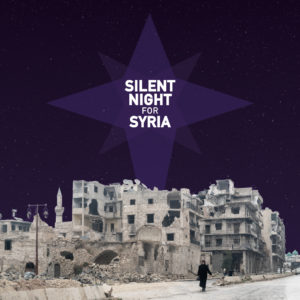 Things you can do this Christmas…

The Author
Megan used to work with us at Open Doors Youth, but she hasn't managed to get away completely! She loves being outside and loves having adventures! Megan's passionate about social justice, loves people and wants to learn how to love them better.