All good rappers have a story to tell – it’s part of the art – so when Nadhir from North Africa swapped drugs, drinking and anger for faith in Jesus, we figured his story was worth sharing.

Nadhir* is from a Muslim family – but that didn’t really mean too much for how he was living his life. Ten years ago, when he was 18, he was into the same stuff most 18 year olds in the UK are. He was big into the local rap scene, was out at clubs all the time and drinking, sometimes taking drugs too. 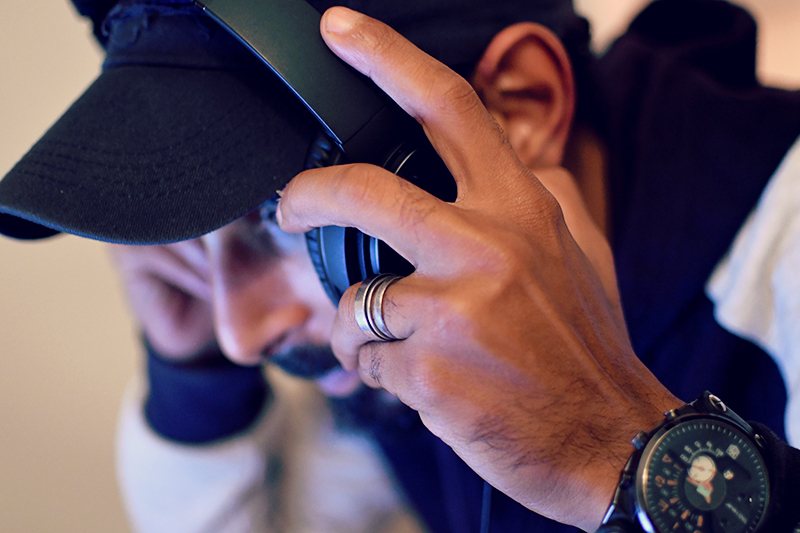 Image: Nadhir, about to record a new podcast…

He’d got into rapping, and it was after one battle with a friend that things changed for him. His friend dissed him – Nadhir was humiliated and didn’t have a response. Embarrassed, he vowed never to see his friend again. But his friend came back and asked for forgiveness. His friend spoke about Jesus and how he wanted to follow his example. Nadhir wanted to hear more.

Nadhir’s new faith changed him, and his family noticed. He’d stopped drinking and going to clubs. He’d turned over a new leaf.

His family were curious about this new behaviour. But when Nadhir told his mother he was now a Christian, she no longer wanted to talk to him. Nadhir’s father told him to take all his clothes and leave the house. Local Muslim leaders advised Nadhir’s father that he should kill his son.

Nadhir lived on the street for a while until he found shelter with another Christian. Soon after began searching over the internet for other Christians in North Africa. 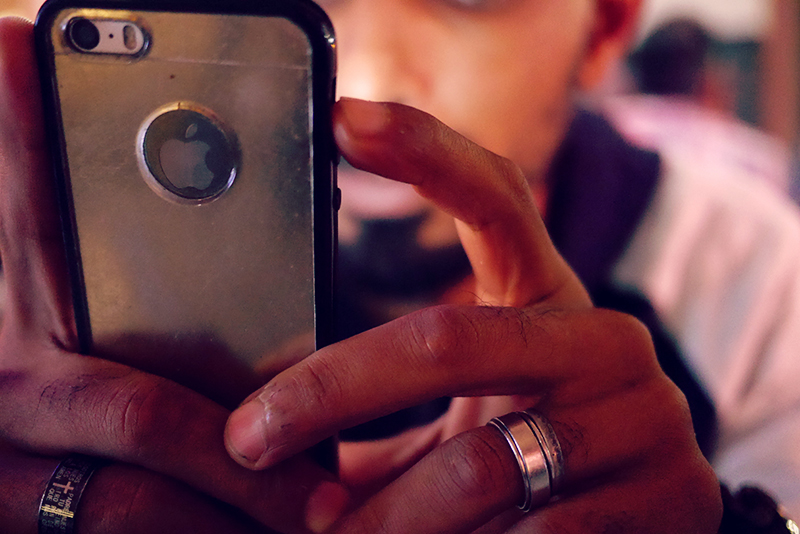 He brought Christians together through social media groups, where they could encourage each other. Soon Nadhir was broadcasting over an internet-based radio station, and developed a following of Christians across North Africa.

Nadhir still has ambitions. “In North Africa many people like to meet and drink coffee. I have a dream to set up a coffee shop, where I can share with many more people about Jesus.”

For many Christians from a Muslim background, the worst persecution comes from family. But Nadhir hopes things will change with his own family.

“My father phoned me after I got married to say sorry.” Nadhir told his father he would pray for him, and from that moment things changed.

“We are now like friends, we laugh together, and we talk a lot.”

Today, Nadhir is he is a house church leader, passionate about evangelism and one-to-one discipleship. Via the Internet, through his regular podcast and Facebook pages he continues to share the message and love of Jesus to Muslims across North Africa. Open Doors have recently provided Nadhir with a micro loan to help kick-start his dream of opening a coffee shop!

*Not his real name, we’ve changed it to protect his identity. For his security we also can’t mention the specific country he is from.