Over the last few weeks I’ve read post after post on my newsfeed of the tension increasing between North Korea and the US, South Korea and China. It made me think particularly of the church in North Korea.

On top of being one of the most oppressive countries in the world, North Korea is also the hardest place on the planet to be a Christian. It’s illegal to own a Bible, and Christians face severe punishment and life in a labour camp if their faith is discovered.

I heard from a friend and colleague, Ron Boyd MacMillan, about the time he met a believer who shared about the greatest revival in the modern world. It was in a country under a harsh dictatorship, yet it was a dictator that God used to bring revival–in China. 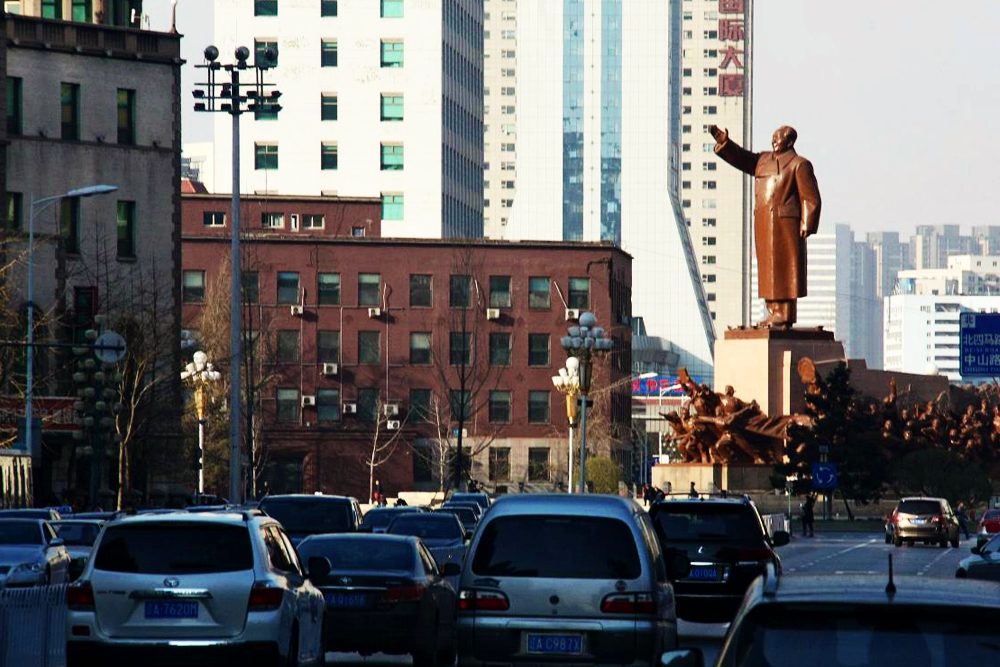 A Statue of Mao Zedong in the streets of China.

A toast to Mao Zedong

Just months after the Tiananmen Square massacre in 1989, Ron met Mr. Bao in China. Mr. Bao was a professor by day, but at night taught the Bible in underground churches. Ron was invited to meet with Mr. Bao and other Christians in Beijing. Shortly after he arrived, the Chinese Christians raised their glasses and shared a toast, to Mao Zedong–one of the worst dictators in the modern world.

Ron was confused, he asked Mr. Bao, “Surely Mao was a monster?”

“God has a use for monsters too!” Mr. Bao replied. “Mao said we were going to build heaven on earth. He said we would build it through truth. He said we could only do it by faith–in each other. He said we would be part of an eternal China. Then he organised us. Gave us hymns to sing. He instituted rituals of confession and repentance, called ‘struggle meetings’. He even forced us all to get together into small groups and expound a ‘sacred’ text together.

“At the height of it all he would gather us together at Tiananmen Square. Millions would crowd in, especially the youth. Mao would walk out onto the balcony and spread his arms sideways, palms raised almost in the crucifixion position–the crowd would thunder back their adulation, slapping their little red books to their breast. He wouldn’t need to say a thing.”

Ron asked what was he doing, playing god?

“Exactly!” was Mr. Bao’s response. “He taught the Chinese people how to worship.”

Meo Zedong became a ‘god’, a jealous god. No other gods were allowed. He closed the churches, jailed pastors, burned Bibles–he tried to wipe out the church, and many Christians died. 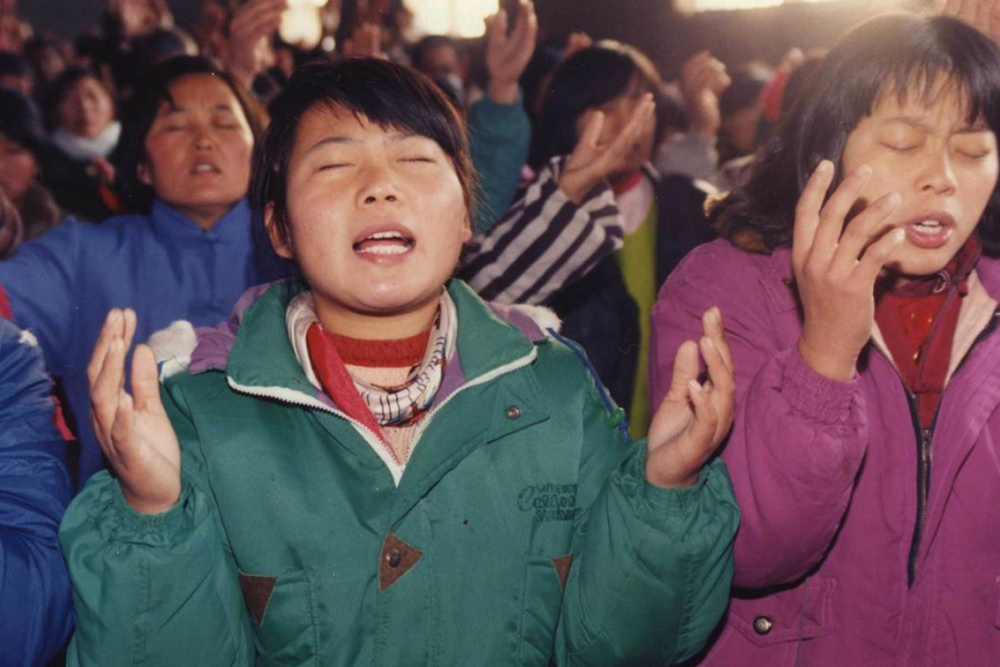 Chinese Christians worship in a house church in the 1980s

So how does that bring us to the world’s greatest revival?

After Mao Zedong’s death in 1976, freedom increased, people were able to travel around the country. So Christians went from village to village with the gospel. Mr Bao was one of them.

He said, “We would start telling them about Jesus Christ and the people would shout, ‘Stop–we want to believe!’ I would tell them wait a minute. You haven’t heard the whole story yet, and they would say, “No, this is the God who Mao taught us to look for. We thought it was Mao who would save us, but it cannot be because he died. We see now that it must be Jesus.”

“That’s why we say Mao brought us this huge revival,” said Mr Bao, “He created a society full of worshippers and when their object died, they became a society of seekers intent on finding another god.”

“Mao thought he was the largest annihilator of the church; in fact he was doing the pre-evangelism on a scale unique in human history. Mao meant it for evil but God meant it for good. Mao was used to prepare this country for the greatest outpouring of the Spirit ever seen in his church. He’s God’s fool! He planted in the people’s hearts the desire for true religion then failed them so spectacularly that they kept seeking until they found the one true God.” 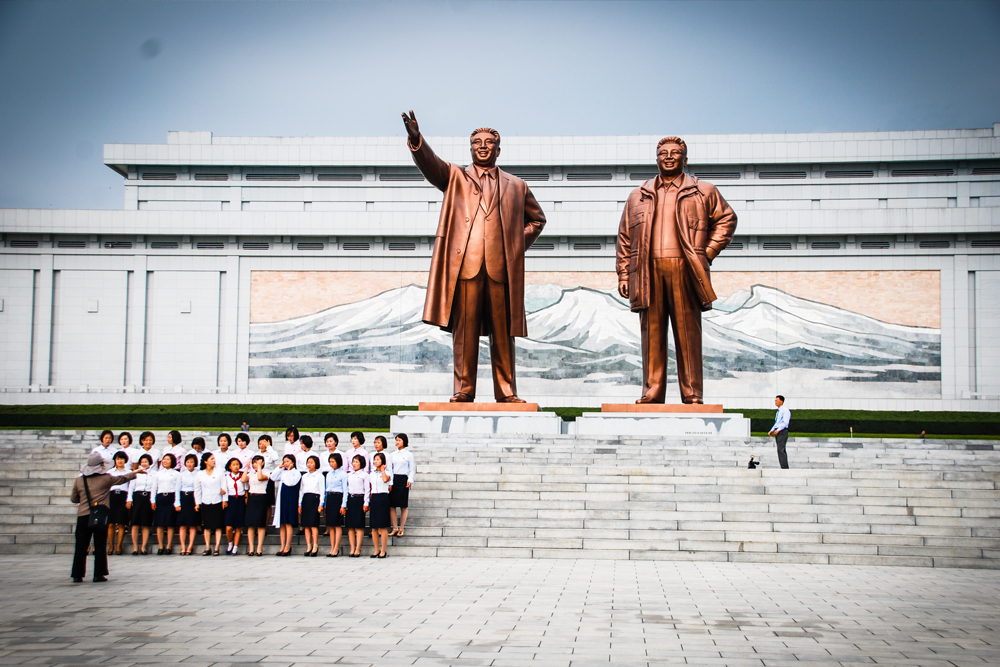 People pose for a photo infront of the statues of Kim Il-sung and Kim Jong-il.

What does this mean for North Korea?

For decades, the people of North Korea have been ruled by the Kim dynasty.

People are forced to worship their ‘dear leader’ Kim Jong-un, who promotes himself as an all-powerful god. They must attend weekly meetings and memorise communist ideology. They even have a kind of religion written by Kim Il Sung known as ‘Juche’.

They have limited TV channels and websites, and an underground market to purchase goods from abroad. Some North Koreans even think he can read their minds.

What would happen in North Korea if the current leadership dissolved? North Koreans have been taught to worship the Kim’s as gods–as their saviour.

What will happen when they are free to hear about the One True Saviour, Jesus?

This article originally appeared on the Open Doors Australia blog…