One night, one million Bibles…

Thirty four years have passed since Open Doors undertook one of it’s most daring, and secretive missions, delivering a million Bibles to China by boat in one night. It was the 18th June, 1981. The mission was known as Project Pearl. This is the incredible story of that mission. Thirty years on it really makes you realise just how precious God’s word is, and why we should never take it for granted…

Charlie became a Christian in China in 1978 while in his early 20s. He remembers how desperate Christians were for Bibles. He says: “Our pastor was the only one who had a Bible. We had to copy Bible verses on notebooks and papers every Sunday so that we could continue to read God’s Word for the next week. Later on, some brothers from a southern city gave us a few Bibles. When we received these, we tore them into portions for each person and took turns reading them.”

The fisherman had found many boxes of Bibles, floating in the sea.

He lived in a town on the southeast coast of China. One day he noticed a fisherman wrapping his fish in pages from the Bible! “I immediately approached the fisherman and said, ‘Stop tearing out that book! Will you sell it to me? You can then use the money to buy other paper for your fish.’ The fisherman stared at me in surprise, but nodded.” It turned out the fisherman had found many boxes of Bibles, floating in the sea. It was only later that Charlie discovered where these Bibles had come from.

Xiao Chen was a teenager back in 1981. He remembers: “It was a rainy night and the moon was hiding behind clouds, I could barely see anything in the sea. My elder brother called me to the beach. There were about 500-600 people waiting at the beach. I didn’t know what was happening.

“I remember a giant ship with no flags slowly approaching the harbour,” continues Xiao Chen. “Everyone at the beach seemed very anxious. Then, a small rubber boat came down from the ship. I saw my elder brother rowing a boat to the ship and speaking to a foreigner who might have been the captain.

“After a couple of hours, the soldiers rushed to the beach with torches. I didn’t know what was happening. My elder brother told me to run!”

Xiao Chen’s brother, Da Chen, says: “God saved us! Most brothers and sisters had left the beach before the soldiers came to them. The ship also left. The captain probably realised something unusual was happening. Boxes were dropping to the sea as the ship was leaving. There were still lots of boxes left in the sea. The soldiers arrested some brothers and threatened them. They also gathered some Bibles at the beach. They tried to burn the Bibles away.”

Bibles on the move…

Some of the boxes that were left in the sea found their way into the hands of the fisherman Charlie met – and this is how Charlie got his first Bible. They were packed in plastic bags and boxes so many of them were still dry, but some that were found later had been in the water for so long, they were soaked through.

We brought the Bibles upstairs in my house and spread them out across the entire floor. Every day I had to sun them.

Charlie says: “Every Bible is precious to us! Though many brothers and sisters in our district already had dry Pearl Bibles, we wanted to bless brothers and sisters in other places. We had no choice but to also collect the wet Bibles. We brought the Bibles upstairs in my house and spread them out across the entire floor. Every day I had to sun them.”

Some of these Bibles travelled thousands of miles. Lucy received her Pearl Bible 30 years ago: “My Bible came from overseas to southeast China, from southeast China to central China, and then to our place. I heard from my father that a very rich foreigner had hired a big ship to carry a full load of Bibles to China in one night. There were a lot of Bibles. We received thousands from them!

“Decades ago, my father moved from central China to Xinjiang. He had decided to spread the gospel in this piece of wilderness. As he was an itinerant preacher, he often travelled to a lot of places in China. One time, he went back to his hometown in central China and met a man who was also a brother in Christ. The man shared his experience of receiving bags of Bibles mysteriously.

“The man worked in a convenience store that was close to the train station. One day, when he opened the store early as usual, he found a big black bag leaning on the gate. He looked around and found no one. He opened the bag and found it full of Bibles. He tried to conceal the excitement and pretended nothing had happened. He took the bag in quickly. Obviously, someone had intentionally left the bag of Bibles for him.

“He received bags of Bibles again and again in the same way. Eventually, he learned that the Bibles had come from the big ship hired by the rich foreigner. This man decided to share the Bibles with us. He knew we needed Bibles desperately in this region.

Today, religious restrictions on Chinese churches have been greatly relaxed compared to thirty years ago. Printed Bibles are available in the book shops of government-sanctioned churches, and also online. With today’s technology, free downloads of Chinese Bibles are now available in every city, every town, and in more and more villages.

Open Doors China has now shifted its ministry focus to on persecuted Muslim-background and Buddhist-background believers. But beleivers in China still remember the ‘night of a million miracles’ today. Some of them wrote this letter:

Dear brothers and sister in the name of the Lord,

We represent all Chinese brothers and sister to express our deep gratitude to you! May God bless you to continue shining light for Him!

Your dear brothers and sisters 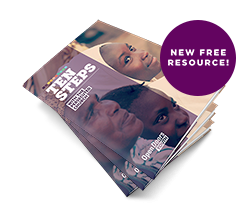 Say ‘Yes’ to God and share in the spirit of Project Pearl by journeying with your persecuted family. Commit to pray and speak up for those who share our faith but not our freedom. Sign up and we’ll give you some help by sending you some awesome free resources (like our ‘Ten Steps’ guide) that will help you learn from some incredible, inspiring persecuted Christians.