Having grown up in a devout Muslim family on the West Bank, Ismail* knew that starting to follow Christ would cost him everything. And yet he still chose Jesus. This is how a Koran-memorising Palestinian teenager grew more and more towards Christ. And he keeps following Him, despite all the struggles he has encountered while living as a secret Christian on the West Bank.

Ismail is in his late thirties now, but he remembers vividly when he first laid eyes on a Christian book. “One day I came home from high school. A package from Europe had been delivered to my cousin. I was curious because there was English writing on it. He had written to a Christian organisation and they had sent him some evangelistic materials.”

Ismail and his friends had just been busy memorizing the complete Koran, a process that takes a number of years in many young Muslim’s lives when they grow up. “Whenever we had a third of the book memorised, there was a celebration in the mosque. That week I had just been memorising two chapters about Mary and Jesus. The Koran teaches that Jesus was not crucified but Judas instead of him,” Ismail explains.

He asked his grandfather why the Christians would still believe in Jesus as the Son of God. “My grandfather was an esteemed Islamic scholar but he responded harshly. He said: ‘Don’t think. There is no answer. The Christians made up their story, otherwise no one would have believed them.’ To be honest, I didn’t buy that. I was not satisfied with this explanation.”

This set Ismail off on a quest for the truth. At first he tried to find answers in Islam. But when he couldn’t find the truth about Jesus there, he started studying the Bible together with his cousin. “Until then I never had met a Christian in person. But we started exchanging letters with an organization in Europe, asking them our questions. Every time we sent a letter through it would take one and a half months for an answer to arrive.” 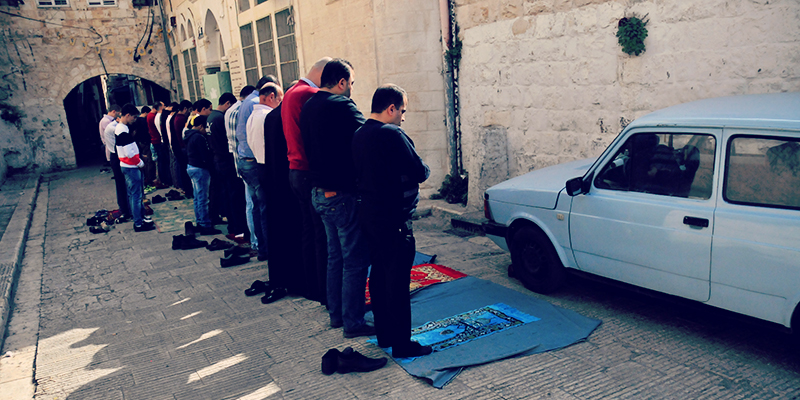 Men praying outside a Mosque in Nablus, West Bank

Even to correspond with a Christian would have been a huge step for any Palestinian Muslim, especially back in those days. Ismail shares how many Muslims in his country grow up with a “distorted” view of Christians. “Some parents tell their kids stories that Christians are not human beings, or that they have tails like devils. That was the time before internet and social media, so we were more isolated.”

A few months later, one of Ismail’s discussions about Christianity with his relatives was overheard by one of their neighbors. “I heard you talk about Christianity. If you’d like to know Christian people, I´ll introduce you,” he said.

“I saw a white face and heard a voice: ‘Follow Me.’ Nothing more.

Ismail responded quickly: “I want to understand why God came to earth to ride on a donkey.” He explains how that question kept nagging him. Why would an almighty God humiliate himself like that? “In my Muslim mind it was unbelievable and unacceptable to talk that way about God.”

The neighbor introduced Ismail to a group of Christian students. “They told me more about Jesus and their religion. I had tons of questions for them.”

When the students couldn’t answer his questions anymore, they introduced him to a pastor who started to teach him about the Bible. “I quickly told him: ‘Everything you say I already know. But what I don’t know is how to live with Christ.’ In my head I was still in doubt: were the Christians right, or were they crazy and delusional?”

He decided to put it to the test. “I was fascinated about the way Christians speak directly to the Lord in prayer. So I remembered some prayers I heard Christians pray. When I was alone I closed my eyes and repeated those words to see what would happen. I told the Lord that I was a sinner and prayed about His love. The words were amazing, but in my heart there was still doubt. The Muslim notion of ‘what you don’t see doesn’t exist’ kept me from accepting Christ.”

Then God intervened and in a simple and short dream cleared that barrier: “I saw a white face and heard a voice: ‘Follow Me.’ Nothing more. But it was enough. I made the decision to follow Him.”

“Being born again meant, for me, being completely alone with a lot of problems.”

“Leave and never come back home”

It may sound easy now, but that was the hardest decision Ismail ever made. “Following Christ would mean losing my family and losing my nice life. Being born again meant, for me, being completely alone with a lot of problems.”

He explains how, in the Palestinian village he grew up in, leaving Islam was seen as bringing shame onto the whole family and community. “Instantly, I was the black sheep, the worst family member they had. In our tradition you have to respect the community, and you have to take care of the elders. Social status is everything. When you lose that, it’s not easy to rebuild.”

He left all of this behind when he was cast out of his community directly after his family found out about his newfound faith. “I lost all my status, all my family. I was forced to leave the house. My father told me to leave and never come back again.” 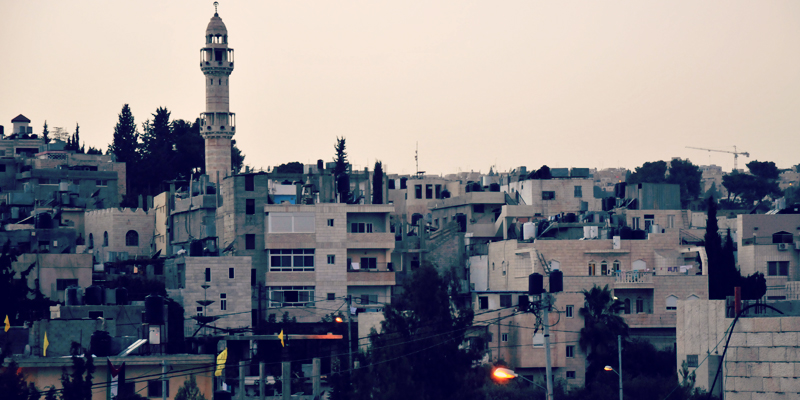 A new chapter started in Ismail’s life. He started to read the Bible even more intensively, writing down all his questions so he could ask his pastors. The group of students quickly became his new family, and he started reaching out to other Muslims with the gospel.

“My faith is not something that affects just the Sunday prayer time and church visits, like it is for some Christians. For me – someone who lost his entire normal life – my faith in Christ is everything. It fills my whole existence.”

Ismail saw several Muslims accept Jesus as their Savior over the years. “We don’t do the work, we are just a tool,” he says. “Most Muslims come to the Lord through visions and dreams, not through evangelists.”

Being a Muslim convert wasn’t easy. Many Christians distrusted him because of his background. Ismail felt God calling him to start his own church group with believers from a Muslim background. They meet in secret somewhere on the West Bank. “We are poor since we are all disconnected from our communities. But in God we are rich. We don’t need lots of money. Richness only brings problems to the church.”