“We can save lives through prayer”

“Pray for us. We are under attack.” These were the words university student Margaret frantically texted her parents on 2 Friday 2015 as she lay huddled under her bed in her dorm room.

The gunshots had started hours earlier. It was the day before Good Friday and Margaret had woken early at Garissa University in Kenya for her usual prayer meeting. Some distance away she heard her friends praying, but then she heard gunshots. 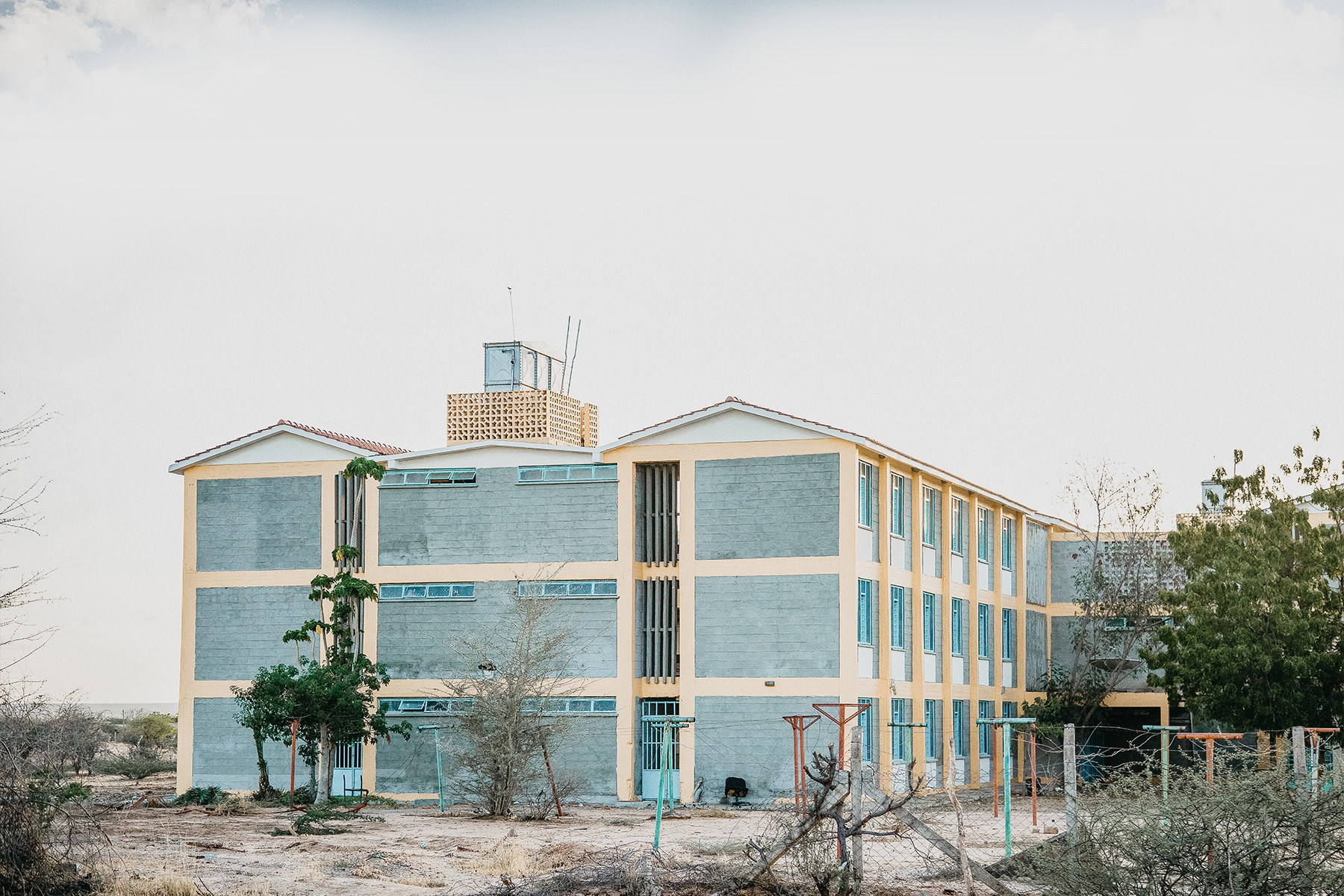 The corridor was chaotic as university students ran around trying to figure out what to do. Margaret and five of her friends hid under their beds – the only hiding place they could find. They lay there for several hours, not daring to make a sound.

When they received her text at around 10 am, Margaret’s parents desperately tried to call. But it was too risky to answer. The hiding students could still hear gunshots.

Around midday, the attackers shouted from the central court of the building.

“You are asking who we are. We are al-Shabaab. We have come. Let us see who will win the game.”

Who was attacking and why?

Al-Shabaab is an Islamic extremist group based in Somalia, the third most dangerous country to be a Christian according to the World Watch List 2022. They want to establish a strict form of Sharia (Islamic) law in Somalia and desire to eradicate Christianity from its surrounding regions.

Margaret and her friends didn’t move from their hiding spots under their beds. Instead, they listened as those who obeyed the extremists were killed. The gunshots came closer and closer as Margaret realised the extremists were going door to door. Absolutely terrified, Margaret could only utter four words in prayer to God: “Under your cover, Lord!” 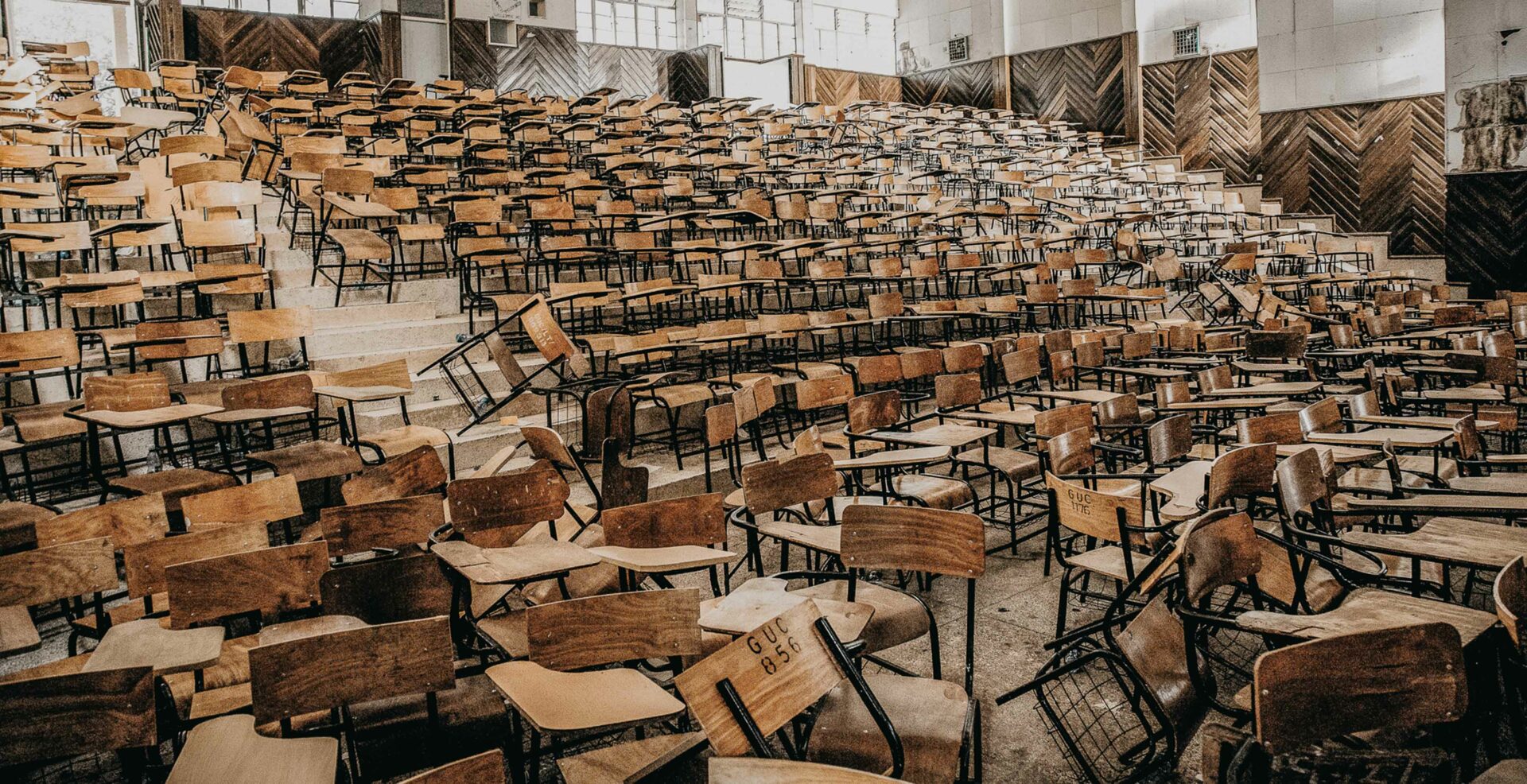 Image: Chairs left in a mess after students ran to escape from a lecture theatre

And under the Lord’s cover she stayed – miraculously the attackers never got to her room. After what felt like an eternity, an intensive exchange of gunshots was followed by a deafening silence. Then a female police officer convinced Margaret and her friends that it was all over and safe to come out.

Margaret emerged from her hiding place after almost 14 hours to be confronted with scenes so horrible the thought of them continue to shock her to this day. People she knew and loved, including her closest friend, Aquilla, had been brutally killed. There were 147 people killed in the attack that day, mostly Christian students.

Margaret’s family received her as if she had been raised from the dead and took her home where friends and well-wishers flooded her with love and care. Margaret underwent government-sponsored trauma counselling, which helped her process the terrorising events of that awful day.

She also visited other survivors regularly, a difficult task but one she knew she needed to do.

“It was a sacrifice, but it was also for my healing,” said Margaret. “I felt the counselling I had received would mean nothing if I did not go to the others; just seeing how they are faring, just going and sharing with them. It was in giving that my heart started healing.”

Understandably, after the attack, Margaret went through a period of not being able to pray.

“For a while, I could not pray,” she said. “But one Sunday I went to church early. No one else was there. I realised this was the time to thank God. I prayed and prayed and prayed… I poured out what was in my heart. When I was done, I felt totally healed.”

The healing gave Margaret the freedom to take her pain and questions to God.

“When I looked at my friends struggling to recover from their injuries, I asked God, ‘These are people of prayer, why have You made them pass through so much pain?’” she said. “But God showed me that He even used weakness in the Apostle Paul’s life for His purposes.” Image: Worshipping in a Kenyan church

This Easter, many Christians in countries like Kenya are at risk of persecution as they gather to celebrate the resurrection of Christ.

We are the body of Christ and we need to stand as one with them.We know prayer is a powerful encouragement to Christians just like Margaret:

“Really, God has worked! We have seen the fruits of it, for we survived. The terror was horrible, but God, through your prayers, has saved us. We really thank God for you. In prayer many things happen, marvellous, wonderful things; we can save lives through prayer. The prayers you pray for others are not in vain. Continue praying.”