Persecution- what do you think of? Close your eyes. What do you see? I don’t know what you imagine, but it often is acts of violence, refugees fleeing, burning churches- the really gritty stuff. The images that can haunt you when you can’t sleep, the images that linger in your thoughts, the stories that remain with you for days.

Tragically many Christians experience these first hand because of their faith in Jesus, but this is not the extent of it. Persecution can come in many forms. Not all are so blatant and aggressive but are more subtle, persistent and secret.

Let’s look at the most extreme example: North Korea. This country has been at the top of the World Watch List for 14 consecutive years, with persecution extending into all areas of people’s lives. There are many brutal examples of persecution, found in and out of the country’s labour camps (with many human rights being violated), but that is just the sharp end of the weapon of fear that is being wielded.

The whole culture is flooded with persecution. The Kim family have ruled North Korea for the last 3 generations, but in a way that is beyond what we can imagine. The citizens have to follow 10 principles including ones that force people to worship the country’s leadership:

As well as this, every single house has to have a portrait of the current leader, which they must bow to, as if he were a god. It sounds farcical but it is taken very seriously. In fact, if there is a house fire, the owner of the house must rescue it or they face execution or torture. If someone dies attempting to save a portrait, unbelievably, it is considered a great honour.

No one is free from it, not even the country’s children. Hate of Christians is taught from a very young age:

“When I was a young student, the teachers told us that Christians had built secret basements under hospitals… They kidnapped people, especially children, and sucked out their blood in those basements. North Koreans are still indoctrinated with stories like these…”

Many Christians are so afraid, they choose to hide their faith, even from their families.

Even basic rights are affected by persecution. The government dictate who gets what food and jobs. As a Christian, it would be impossible to progress in a career and you would constantly be going hungry and even be at risk of starvation.

In addition to this, there is a secret service whose entire job is to find people who oppose the worship of the Kim leader, particularly Christians. There is normally at least one spy per road/apartment block. To try and catch people out, they hold fake Christian meetings to arrest and abduct genuine believers. This has become worse recently, with more house raids and spies.

For North Korean believers, no part of life is easy and they are constantly in fear of being discovered as a Christian. Many Christians are so afraid, they choose to hide their faith, even from their families. Sadly, although this is most extreme in North Korea, elements of this can be found across the world, in many nations for our Christian family.

No one can deny the violent acts of persecution are devastating and tragic but these other ways infect a society and make every day living as a Christian almost impossible. Situations like the one in North Korea desperately need our prayer.

£6 can provide a single survival pack for a secret Christian in North Korea, the most hostile place in the world to be a Christian.

The Author
Anna is a teacher from Sheffield and she is her church's Open Doors representative. She absolutely loves working with children and young people and is really passionate about praying for and helping others support our persecuted family around the world. 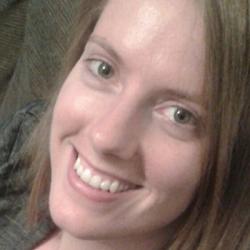