The Open Doors World Watch List 2021 has been released. It is the most authoritative list of its kind, studying the most dangerous places to be a Christian.

This year, we have seen that persecution has grown, both in likelihood and severity.

Here are some trends in persecution and discrimination as revealed by the World Watch List.

1 in 8 christians are persecuted for their faith 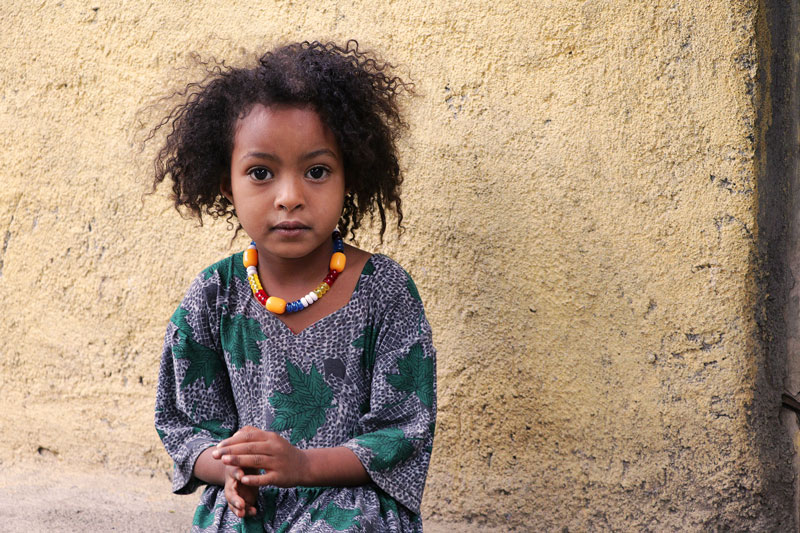 Persecution has intensified and reaches at least 340 million Christians today.

COVID-19 has changed the face of persecution

COVID-19 has transformed the face of persecution like never before.

Authorities across Asia have restricted Christians from accessing medical treatment and supplies. In fact, 80% of those that received emergency relief from Open Doors in were first excluded from official distribution.

Across the Middle East, the enforcement of quarantine laws has forced Christians back into the homes of those who persecute them (often, their own family members). In countries like Iran, some Christian doctors and nurses were forced to run COVID-19 clinics with no PPE as their governments believe that Christians are expendable.

North Korea is still number one

North Korea has been ranked as the most dangerous country for Christians since 2002. Experts say there is no sign of any improvement in the lives of the estimated 200,000 – 400,000 Christians remaining in the country.

The church has faced 30% higher levels of violence compared to last year in countries like Burkina Faso, Nigeria and Cameroon.

Nigeria has re-entered the World Watch List top 10 in 2021, with more Christians killed in Nigeria than any other country.

New religious laws in China have sought to control all religious activity across the nation.

In the last three years, China has escalated from #43 to #17 on the World Watch List. Many churches have been forced to close down, surveillance cameras are monitoring registered Christian activity and some believers have been sent to ‘re-education camps’.

Comoros re-entered the World Watch List top 50. The government has openly denied freedom of religion for its citizens. A Christian caught preaching the gospel can face a year in prison.

After the breakdown of a 2016 peace deal, organised crime groups have continued their violent control over parts of the country, especially rural areas. These groups prevent Christian leaders from delivering physical and spiritual care, even killing those who spoke against them. 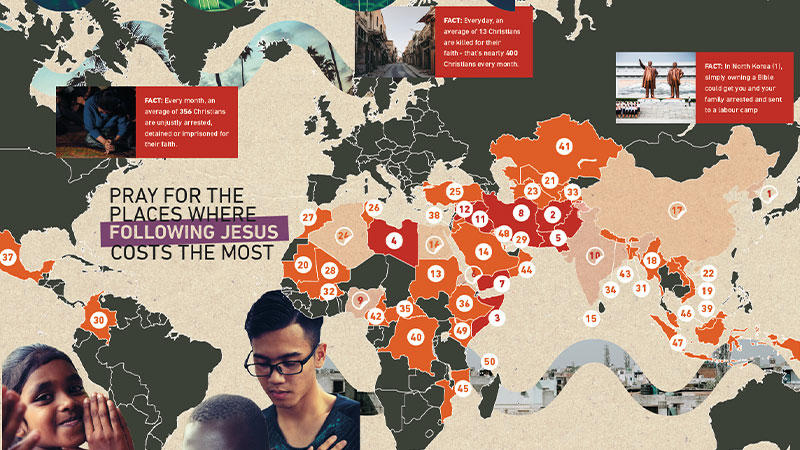 The World Watch List is so much more than a ranking of the most dangerous places to be a Christian. It represents people. Our brothers and sisters. The 1 in 8 persecuted for following Jesus.

As we look towards 2021, please continue praying over the persecuted church.