Get sponsored to lose what you love for up to 48 hours... 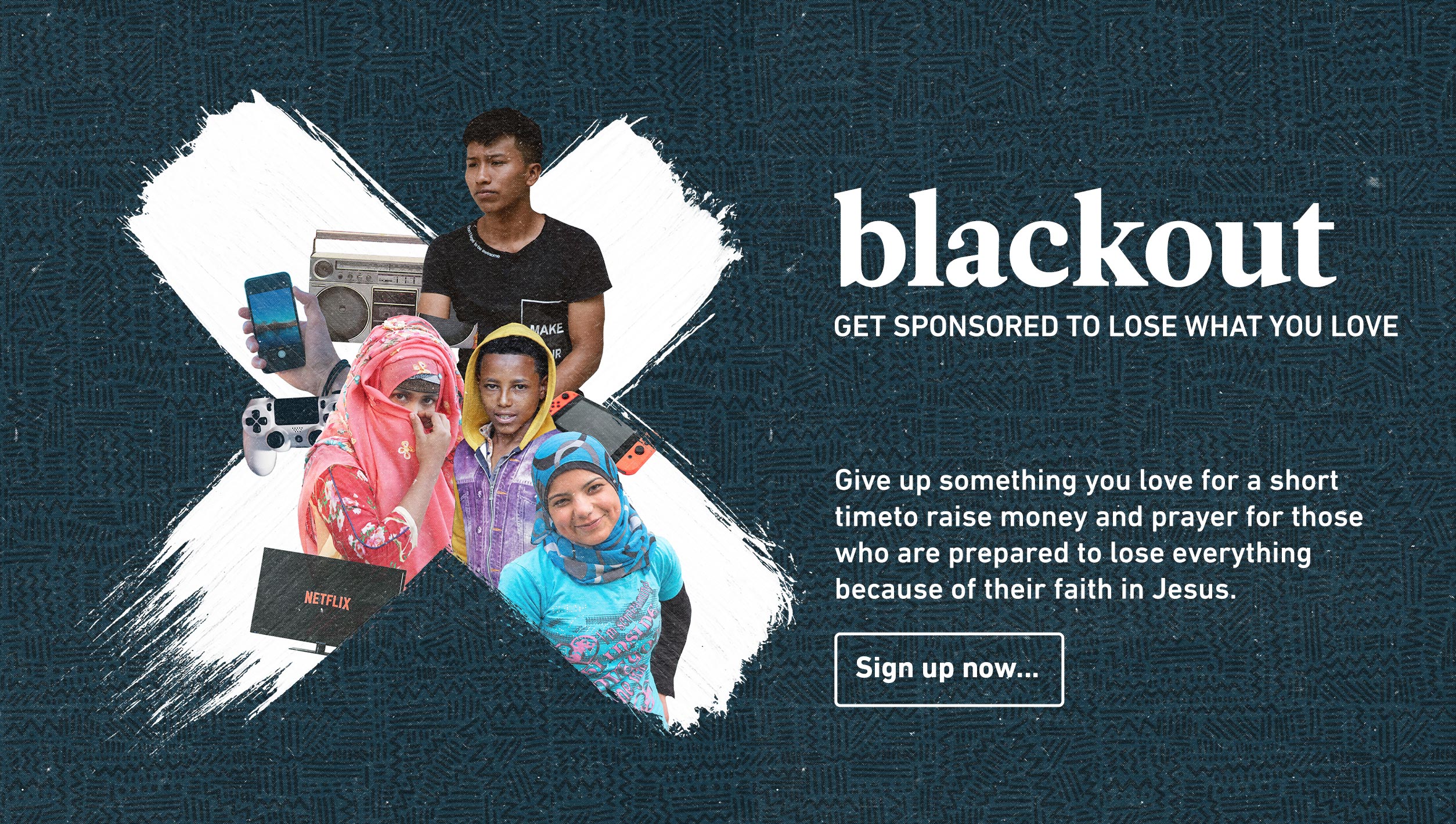 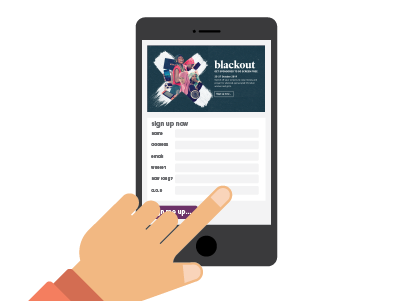 What do you love? Your x-Box, phone, chocolate, fast food, Instagram, listening to music, sport, playing guitar, watching telly? Could you get sponsored to give it up for a short time to stand with those who have to give up everything to follow Jesus? Sign up now and we’ll send you an awesome pack to help you lose what you love! 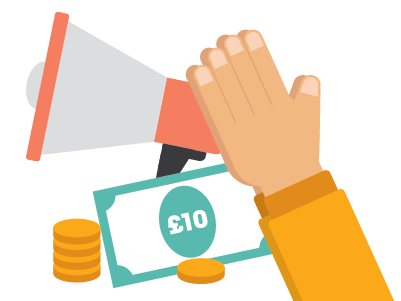 Set up a JustGiving page or use the sponsor form we send you to raise money to support Christians around the world who have lost family, home, friends, safety and freedom because of their love of Jesus. We’ll send you resources to help you raise money, and to also reflect, pray and tell others what you are doing and why!

For up to 48 hours (or longer), starting from our launch weekend on 23-25 October, join with hundreds of others by giving up something you love to stand with those prepared to lose everything for their faith in Jesus. Get inspired to live out your faith with greater courage and conviction! 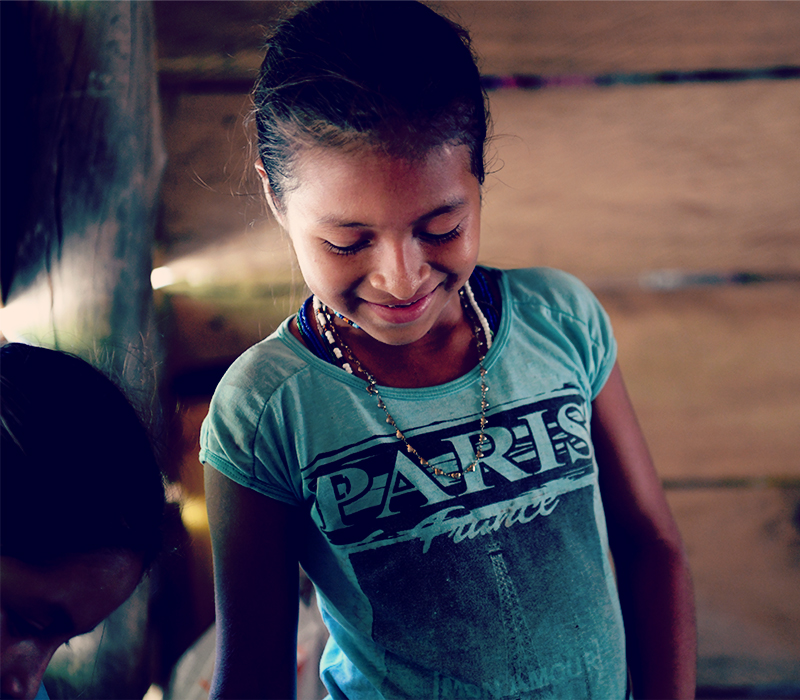 What your money could achieve…

By getting sponsored to lose what you love you could raise money to achieve some amazing things for Christians who have lost out because of their faith in Jesus.

Set a target and see what your money could achieve… 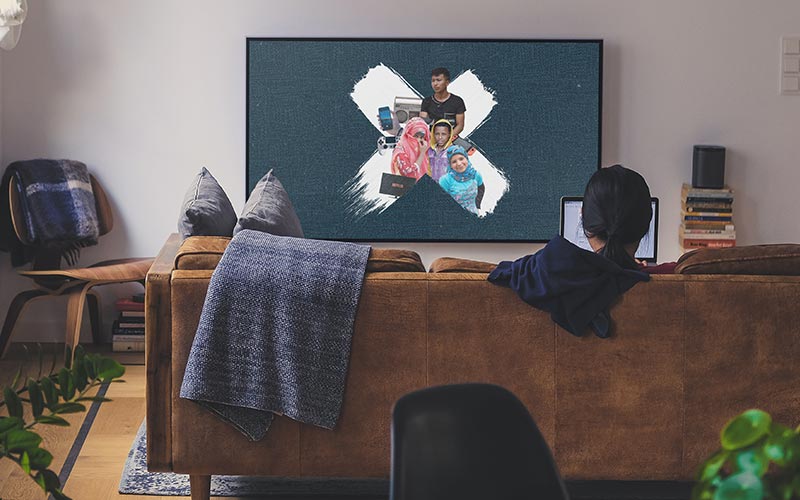 Spend up to 48 hours going without something you love! Sign up now, kick-start your fundraising by setting up a Justgiving page and share it with your friends and family. Check out the downloads, then post the Blackout image we send you to your Instagram profile telling the world that you’re joining the Blackout. Challenge three other people to lose what they love and to join the Blackout too (nominate them and tag them on your post). Your friends and family will be rallying around to support you in no time! 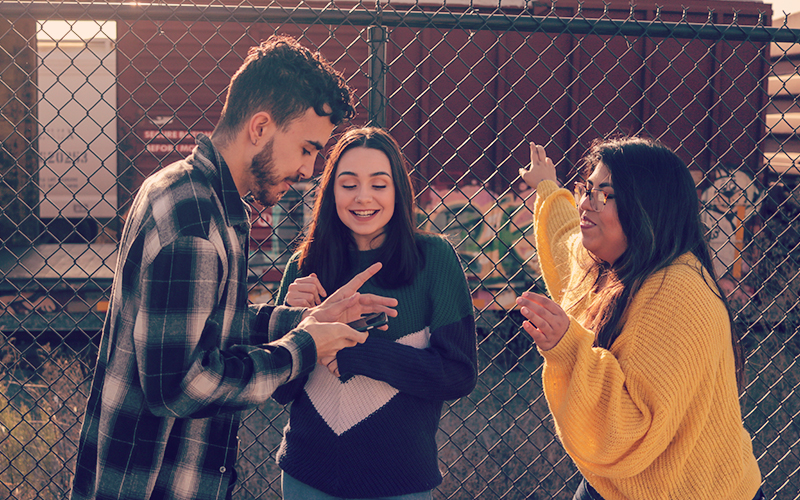 It might seem a bit daunting to lose the one thing you love for up to 48 hours, so why not encourage your youth group, CU, small group or even church to Blackout with you? We’re producing some special leader downloads to help you scale up your Blackout. Set up a prayer room, run a prayer event and spend time together doing some fundraising activities (like holding a bake sale). And of course, you can still get sponsored – set up a group Justgiving page and ask your friends, family and church to support you! 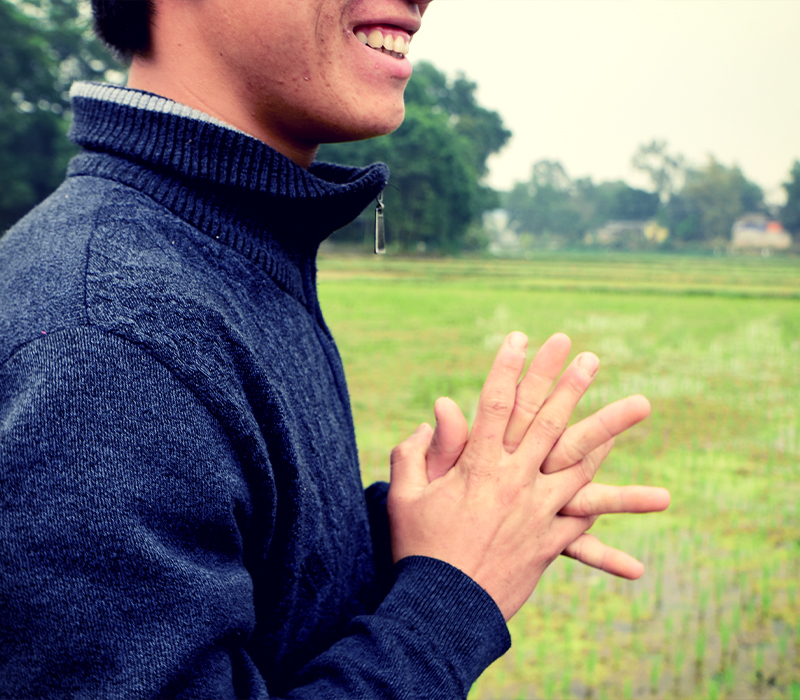 Blackout: Why lose what you love?

Persecuted Christians often have to give up everything to follow Jesus: their families, homes, jobs, friends, freedoms and, sometimes, even their lives.

In rural Vietnam, where Poh lives, Christian converts are secret believers as leaving the traditional village religion is seen as a betrayal to family and community. Those who choose Jesus face discrimination, threats and violence.

Poh was a teenager when his girlfriend told him about Jesus and he became a Christian.

When Poh’s dad found out, he gathered his relatives and the chief of the village. They tried to force Poh to stop believing in Jesus. For hours they taunted, mocked and pressured him.

At one point, someone tried to tie Poh up. “My father picked up a rock to throw at me. Other people were trying to stop my father from killing me,” he recalls.

But Poh stood firm. The threats and harassment continued – villagers warned Poh that his father would kill him. Still, Poh didn’t bend, saying “No. No, I won’t give up. I have come this far. I don’t want to go back. I will continue to believe in Christ.”

Poh lost family, home, community and a secure future because of Jesus. Could you lose what you love for up to 48 hours to raise money and prayer for courageous believers like Poh who have lost everything because of their love of Jesus? 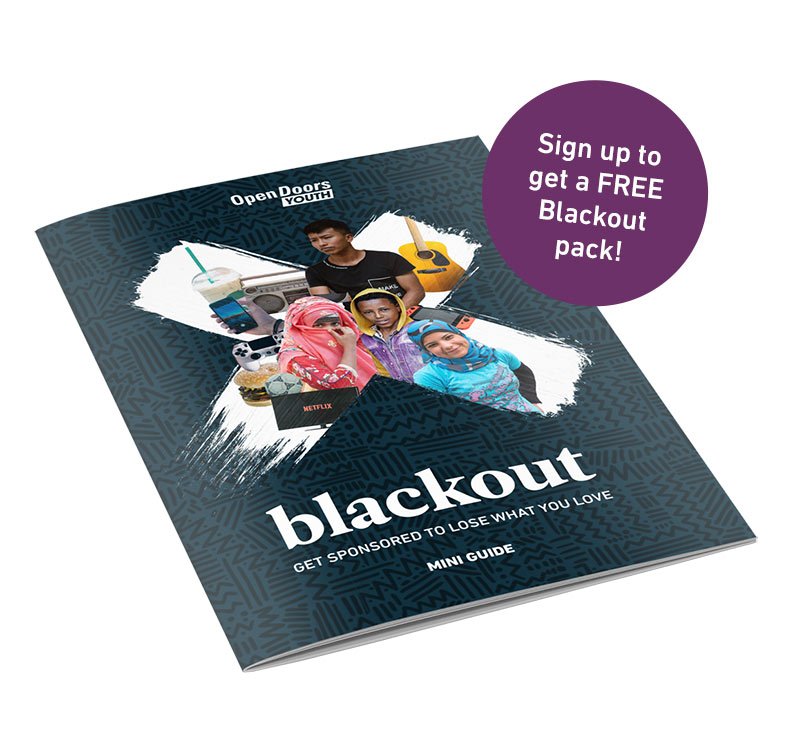 Up for the challenge?

Plus you’ll also get access to a bunch of downloads to help you lose what you love including:

Please note: Blackout packs will be sent out in the post in early October.