30 years since the world changed!

It’s been 30 years since the Berlin Wall came down. But why make a fuss about a wall? Well, it was a big thing. The wall separated East and West Germany – it was a way the Soviet regime, that controlled the East, could stop people fleeing to the West. It was a big symbol of the cold war and of the ideological battle over the best political way to organise society – liberal democracy vs socialism/communism. When it came down, the world changed.

The church under communism

The Berlin Wall began to appear on 13 August 1961. Open Doors’ founder, Brother Andrew, was one of the first to pass through the famous Checkpoint Charlie that seperated the two sides of the city. He has vivid memories of the impact of the Wall: “The flow of refugees from life under Communist rule was stopped overnight. There was no way out, no one could escape.”

The communist regime was based on rigid control. The church was isolated and under threat. Brother Andrew’s colleague, Johan Companjen, explains, “Back then, the Communists did not tolerate Christians at all. Christians felt totally forsaken. One pastor in Hungary said, ‘No one knows where I am, not even my family. Thank you for coming.’ Then he cried and cried. The police had closed his church and put him under house arrest.”

The origins of Open Doors come from Brother Andrew’s determination to strengthen the church beyond the Berin Wall. He made the first of many visits, taking Bibles through the checkpoints, praying that seeing eyes would be made blind. 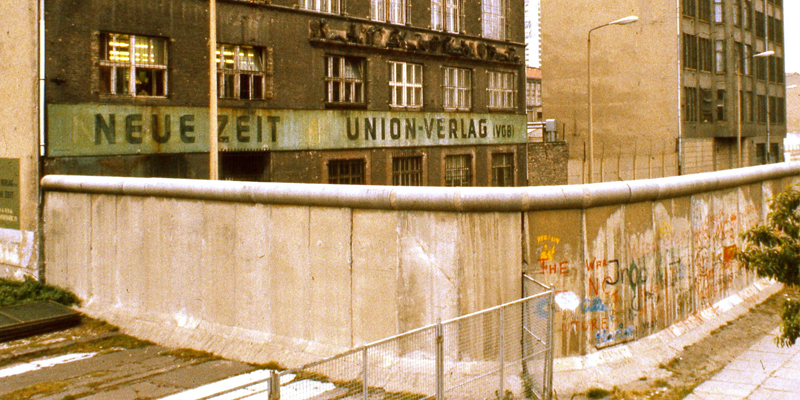 In 1982, Open Doors focused on the Soviet Union – delivering Bibles to tens of millions of believers who did not have a Bible, and strengthening the church in the Muslim republics of the Soviet Union. This was backed all by a global seven-year prayer campaign.

And things began to change. From 1987, large numbers of religious prisoners were released from labour camps and prison cells. There were 340 imprisoned Christian believers in 1985; just 17 by March 1990.

Major things were happening in the world. By 1988 the Soviet economy was in crisis. President Gorbachev, looking for support for a restructuring programme, promised that from this point on Christians would be recognised as ‘Soviet people, working people, patriots’. Churches began to be reopened.

In the same year, changed postal regulations allowed tens of thousands of New Testaments to be sent to believers and churches across the Soviet Union.

The Nikolai Church in Leipzig, East Germany, had been holding prayers for peace every Monday evening since 1982. From a handful, the numbers had grown, and the prayer meetings became a focus for people longing for change. In October 1989, around 70,000 gathered outside the church: it was the revolution of ‘candles and prayers’.

So, by November 1989, seven years after the prayer campaign began, it was clear that change was coming. But the dismantling of the Berlin Wall, while the border guards looked on, was a dramatic sign that things would not be the same again. An Open Doors team member recalls that day: “My colleague and I got straight in the car and drove to Berlin to be part of that historic occasion. What a joy, what an answer to prayer!”

On another visit to Berlin, he told his taxi driver that people in the West had prayed for years for this. The driver stopped the car and said with tears in his eyes: “On behalf of the Germans of Berlin, I want to thank you for your prayers; God answered your prayers!” He continues, “Now I am praying for North Korea. There are two Koreas, but God can make it one. I pray that He will open prison doors! He did it in Berlin and the wall came down. He can do it also in Korea!” 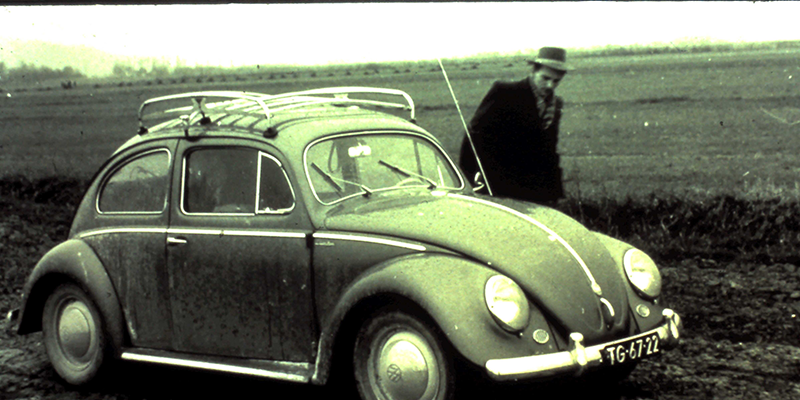 Image: Brother Andrew with his VW Beetle taking Bibles into Poland in the early 60s.

Despite the new freedoms, many states that were part of the Soviet Union across Central Asia have not shown the same tolerance of Christianity. Religious freedom is restricted in many of these countries – often churches need to be registered, laws prevent churches from all kinds of activities and security services harass and intimidate leaders. Although many have come to faith in these areas, it is not easy to be a follower of Jesus.

Please pray for our church family in the states of Central Asia that were once a part of the Soviet Union. Pastor Oleg* leads a church in Uzbekistan that is mainly made up of Muslim background believers. He says, “First of all I would like to say thank you for prayers! It sounds so encouraging that people from other countries are praying for us, I am so grateful for this! To feel God’s peace in our hearts in different circumstances, this is what I consider the most important for Christians. Please pray for this.”

Thank you God that things have changed – the fall of the Berlin wall shows governments come and go, but you remain. I pray for the church across Central Asia and the Russian Federation. Equip leaders to stand strong when pressure, intimidation and threats come. Give them wisdom and power to share your love and grace. Thank you that people are coming to faith, despite the restrictions, and I pray that You would open the eyes and hearts of many more. Give the church strength. I pray unjust and unfair laws targeting Christians and leaders would change and that people can worship You and share about Jesus without fear. Thank you for the brave faith of Christians across Central Asia and Russia. Encourage them today. Amen.

The day the wall came down. Lear 21 at English Wikipedia [CC BY-SA 3.0], via Wikimedia Commons