Since the return of the Taliban to power in Afghanistan last year, it has never been more dangerous to be a secret Afghan believer – and our persecuted church family there are crying out for us to join them in prayer.

It can be hard to know how to pray, but we serve a mighty God who hears our prayers and draws near in the darkness. Join with the church in Afghanistan as we pray through four of God’s names in the Bible – El Roi, Jehovah Shalom, Jehovah Jireh and Jehovah Nissi – throughout the month of February.

Week one: El Roi – The God who sees

There is a very small minority of secret believers in Afghanistan – and because of the threat of death upon their faith being found out, many of them don’t ever tell the people they love that they have chosen to seek and follow Jesus. Not knowing who to trust, not all of them have communities to lean on for support.

When the Taliban returned to power, rumours of what they could do to Christians spread, and surprise house visits from armed men became a common occurrence. In fear, secret believers went into hiding, and many have tried to flee the country. Yet there are still believers who have chosen to stay, even with the prospects of a very grim future; they are trusting God for what comes next. 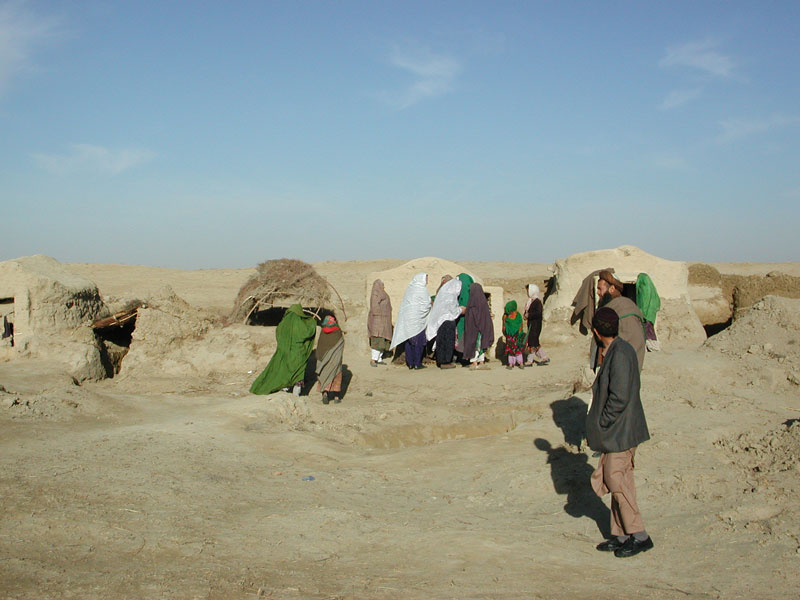 Sharifullah is a traditional craftsman; he is also a secret believer. For a while now, he has been including Christian symbolism in his art, but when the Taliban came, his livelihood was temporarily shut down.

“Within weeks of taking over the country, many artisan shops in the capital were warned about the designs being used in the crafts on display,”

Sharifullah says. “You see, the Taliban want their ideology reflected everywhere, and so all signs of colour, life and hope have been removed. Signs of joy have been painted over and replaced with Taliban slogans, which are a far cry from hope.”

As well as the risks that come with being a follower of Jesus, Sharifullah doesn’t know when – or even if – he will be able to resume his craft and trade. His livelihood is dependent on it, which means it affects his family and employees too. He isn’t the only one – many believers who have chosen to stay are just as unsure of the future; their livelihood and education are hanging in the balance.

Historically, the Taliban has been known to treat women harshly and prevent them from going to school. Since the takeover, they’ve promised the world that this time, they would treat women differently. Experts doubt they will keep this promise, and early signs aren’t promising.

“There is a complete cloak of silence around any kind of violation of a woman’s space and dignity,” a local source tells Open Doors. “A cloak like a shroud that hides a devastating narrative of the destruction of millions of Afghan women who will bear the next generation but who, in 20 years’ time, if the situation persists and worsens, will no longer be able to bring the hope and enlightenment of education to future generations.”

The trauma of war and the sudden uprooting of their entire lives can be difficult for children to adjust to. Take the time to pray for the children whose educations have stopped, who have been separated from their parents, or who lost parents in the violence.

“The children are our hope,” says an Open Doors local partner. “Now they are at a loss, they have no schooling, and their future is unknown. But even then, they still have their whole lives ahead of them!”

Once the dust settles, our frontline partners are hoping to help refugee children with literacy. 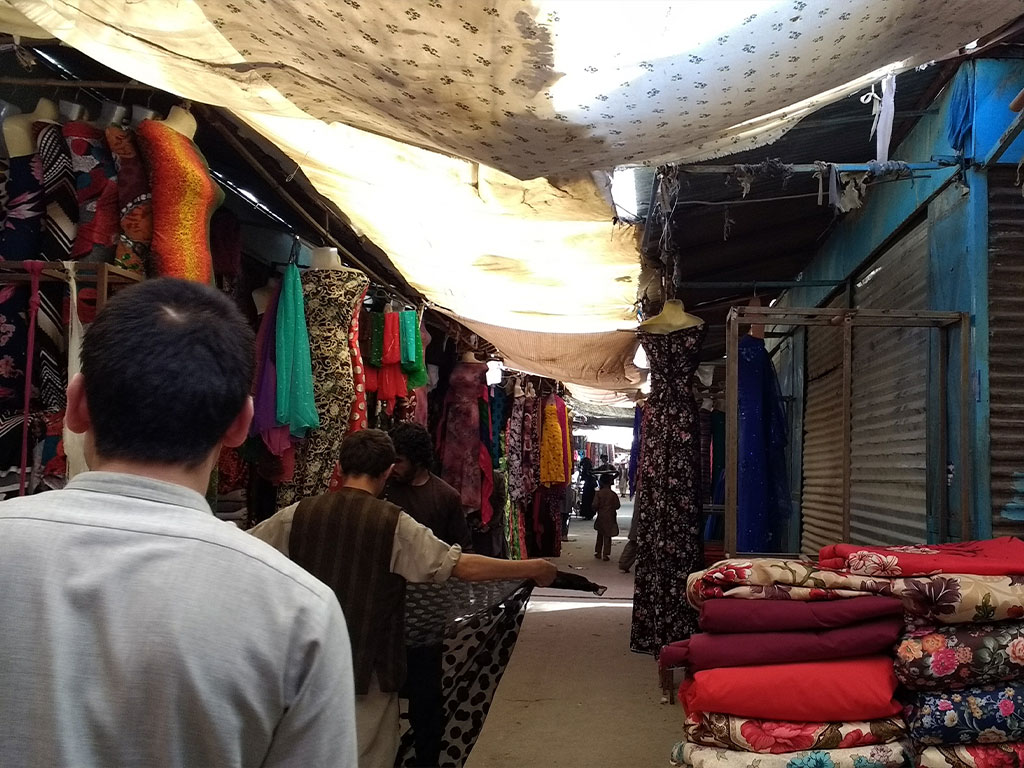 Image: A market in an Afghan city

Putting their own lives at risk, Open Doors frontline partners labour on to meet with, pray for and minister to Afghan refugees. Sometimes, they fear that conflict will blow up in their cities, but they have faith that God will protect them and the work of His kingdom.

“As Christians, I think we should be open to accept suffering people, but what if radicals come among them? We need wisdom and leading from God in this,” shares our partner Hamad. “Of course, as Christians we don’t reject refugee people, but accept and serve them.”

Prior to the Taliban’s return, Said Farishteh, a young Christian girl from the Gulf, once shared this about their situation: “Many of us live in the fear of being kidnapped. My cousin was kidnapped because she was a Christian and someone wanted to hurt her for that. Knowing I am God’s beloved reminds me that no matter what someone does to me, the church will not forget me because Jesus will not forget me.”

Now that the Taliban is back, there are reports of people who disappear without warning and cannot be traced. Believers risk kidnap not only by the Taliban, but also by angry relatives or disgruntled neighbours.

Desperate locals are trying everything to leave Afghanistan – they’ve climbed up military planes, stampeded at the airport, and sought the help of illegal smugglers to get them across the desert to neighbouring countries. Sadly, not all of them have survived.

Believers are not exempt – there are Christians who have fled or have attempted to flee. A field partner in the region says: “We are not able to say if or how many Christians were able to leave. Of course, like all citizens, Christians are afraid. They might want to stay in Afghanistan because of their beliefs but want to stay hidden and serve Jesus in secret. Or it might also be that they make a run for the border, or they would like to escape but they can’t – all of these scenarios are happening.”

Find out more: Get our free glow-in-the-dark World Watch List map and tattoo

We want to help you pray to bring light into the darkness, so we’ve created an awesome new map with stories, actions and prayer points. It also glows in the dark and comes with a glow-in-the-dark tattoo which will help to remind you to keep praying for God’s light to shine in the darkest places. We’ve also got a youth session outline for leaders to use alongside the map too.