Bangladesh: Pastor attacked for wanting to build a church 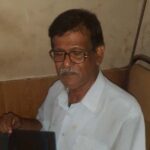 In northern Bangladesh, choosing to follow Jesus from a Muslim background, and daring to talk to local people about your faith will mean opposition. Pastor Fazor Ali knows this well – especially as his brave faith has led him to share his Christian faith with many others.

But, earlier this month, the opposition came to a head when a mob of about 40 people violently attacked Pastor Fazor and his family. The family is currently in a local hospital recovering from their injuries.

Passionate to see a church built in his village, Pastor Fazor donated a portion of his own land for it to be built on. However, a group in the neighbourhood have been trying to take the land illegally for themselves. The attack on Pastor Fazor was sparked when some heard that the land was to be used to build a church. This group went to fence off the land, and when Pastor Fazor tried to stop them, he and his family was attacked.

The mob, who aren’t local to the village, and include some known violent criminals, had attacked and threatened Pastor Fazor and other believers earlier in the year. When that was reported to the police, very little was done, and now the same group have violently attacked him again.

Open Doors partners in Bangladesh are supporting the families and those injured with both financial aid and spiritual support.