Jeovani is just a teenager – he lives in the Central African Republic (CAR). A few years ago he was sat in church with his aunt. A grenade was thrown into the building by a group of Islamic extremists angry at the government. It landed at Jeovani’s feet – he was severely injured. After emergency operations, Jeovani woke to a different life – his legs had to be amputated.

For the passed six years Open Doors partners have been supporting Jeovani and other friends of his who were also injured in the attack. He’s received thousands of letters of encouragement from you and other Christians all over the world. Despite his injuries and the memories of the attack, Jeovani isn’t full of anger and hate towards those who changed his life forever.

“At first, I had to walk with walking sticks, or crutches. But then doctors in another, small hospital gave me artificial legs. Now when I put on trousers, I almost look like the other kids. But I cannot run. And I still need the walking sticks to walk well. But I can stand on my legs without using the sticks.

His attitude towards his attackers is incredible – he’s bravely following Jesus’ words and refusing to give in to hate:

“If I should one day meet the Muslim man who shot the grenades at my church, I will not be angry. I will smile. I do not even have the heart to hurt him. I think that he doesn’t really know how terrible it is what he has done. I will greet him and say, ‘God forgives you, and He wants me to forgive you too. You do not know what you have done to me, but I forgive you’. And once I have told him that, I will never be angry with him. 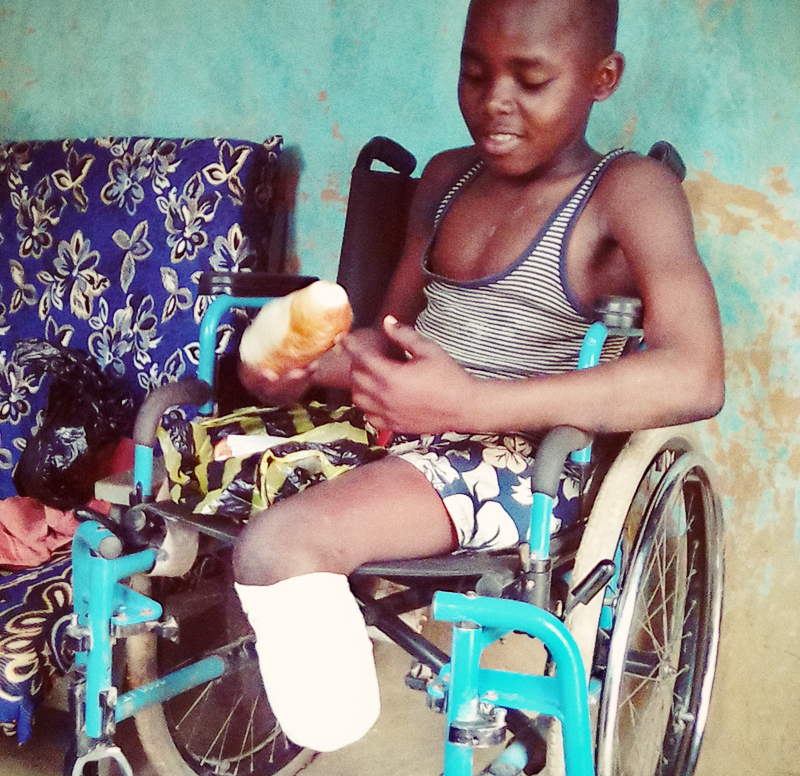 Image: Jeovani last year after one of many trips to hospital…

‘May God forgive you’

Jeovani’s pastor, Franco*, remembers the day of the attack like it was yesterday. And forgiveness came to him only later.

“Many of the 37 victims that day – wounded and dead – were children. At the time when the grenades fell, we were still doing Sunday school. The children were all in the front of the church, listening to our teaching.

“A few days after the explosions I received a telephone call. A man introduced himself as a colonel of the Muslim army. He asked me, ‘Pastor, I want to plead for forgiveness’. I was shocked, because I could only think about the dead and wounded children. I refused to forgive him. But then, a few days later, I met with little Jeovani in hospital. The young boy had lost both his legs. He told me, ‘Pastor, forgive them. Pastor, you must forgive them.’

“I still had the colonel’s telephone number. I called him and told him, ‘May God forgive you’. That’s when the colonel told me that the shooting was in fact a mistake. They had wanted to shoot grenades at another church, close to our church, because that church belonged to somebody of the government. They had miscalculated the distance. I told him that in the other church as well as in our church there had been only people. ‘People like you and me. We are all created in God’s image. We are all the same people. May God forgive you. Let’s turn the page.’” 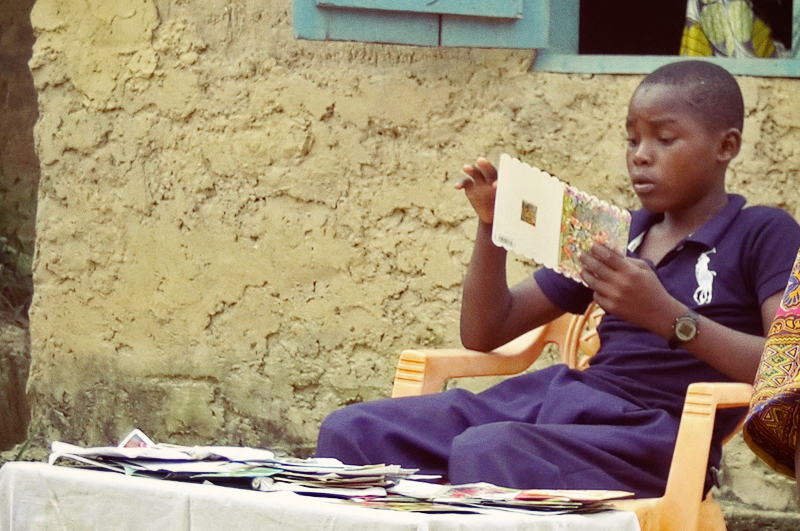 Image: Jeovani looking through letters sent from his church family from all around the world

Open Doors partners have been supporting Jeovani and other friends of his who were injured in the attack. He says “I am very happy that Open Doors pays the medical bills and the school fees, because I like very much to read books and study. When I grow up, I want to be a doctor so that I can help other people. If God wants me to be a doctor, I will become a doctor. But if God has other plans for me, then that is okay too.

Join the Blackout to stand with brave Christians like Jeovani…

Sign up to go screen free and get sponsored to shut down your devices for anything from 6 to 48 hours. Raise money, prayer and awareness for brave, persecuted Christians like Jeovani and his friends in CAR. Sign up and get a free pack!