One night, one million Bibles

A million Bibles is hard to imagine. You might be able to picture a hundred Bibles, or even a thousand – but a million is an extraordinary amount. But that’s just how many Bibles a team of Open Doors workers delivered to a Chinese beach in one night, 40 years ago. Here’s the extraordinary story of that night, and the legacy it has had.

It started with a request for 30,000 New Testaments. Mama Kwang led a wide house church network in China, after her husband was put in prison for his faith. Bibles were banned in China, but there was an enormous hunger among the underground church to be able to access the Word of God. Mama Kwang requested 30,000 New Testaments to answer an immediate need – and these were smuggled by Open Doors workers over the course of ten days. But Mama Kwang knew that this was only a short-term measure.

“Thank you so much for these New Testaments,” she said, “but we’re still short. If every Christian we know is to have a Bible, we need one million Bibles.”

And so Project Pearl was born. The project is named after Matthew 13:45, where Jesus compares the Kingdom of Heaven to a pearl of great value. Taking a million Bibles was a daunting task, but the leaders of Open Doors in 1981 were filled with faith that God would enable them to undertake this mission. 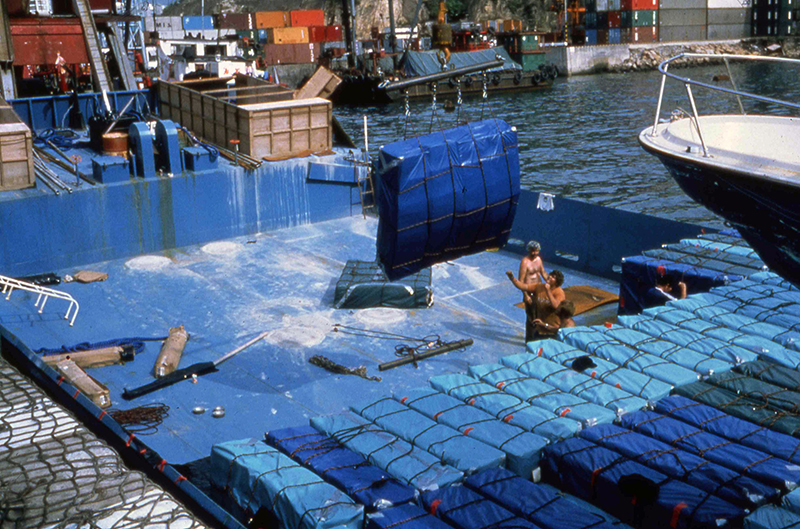 From printing press to Chinese beach

“It was a big challenge because we had them printed in the United States – the only place that had two printing presses working day and night for weeks to print a million Chinese Bibles,” remembers Paul Estabrook, one of the Open Doors staff members who was part of Project Pearl. “Each Bible weighed half a pound. It was like a very fat pocket size little Bible, but it was a complete Bible in the simplified script of China. A million of them weighed 232 tons.”

Printing them was one matter – getting them to China, from the United States, was another.

“It took 20 containers to get all the blocks of books to Hong Kong,” says Estabrook. “There, we loaded it onto Gabriela, the barge that we had specially built in the Philippines for this project. The deck was just exactly large enough for 232 of these one-ton blocks.”

Mama Kwang had asked the Bibles to be delivered to a beach just south of a city called Shantou, which had a high population of Christians. They would only have two hours to unload all one million Bibles using a barge that would tow rows of floating blocks of Bibles to the shoreline.

‘It was an amazing protection of God…’

For the waiting Chinese believers, this felt like a miracle they had long been waiting for.

“Hundreds – possibly even thousands – of Christians were waiting on the beach for us,” remembers Estabrook. “The men would come out into the water, some of them right up to their neck, and they would pull those blocks up on the beach.

“When you’re in foreign territory and you’re doing something clandestine, you want to be quiet and secretive. But we made a lot of noise. It was very noisy operation. And yet nobody ever came by or stopped us or intercepted us or anything. It was an amazing protection of God.” 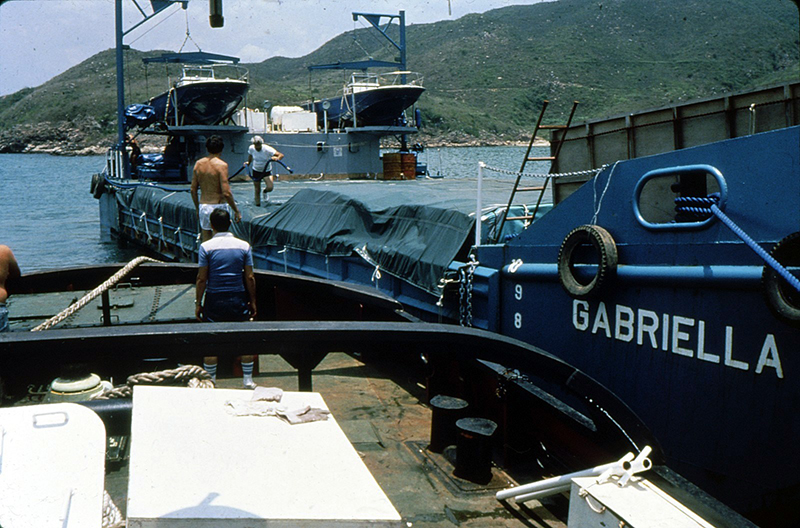 Image: Close to the landing spot

The Bibles all arrived together on one beach on one night – but they travelled widely across China for many years.

“That one group we gave them to shared them with other groups all over the country,” says Etsabrook. “They went to all provinces of China. They were able to share them, but it took five years. It took us two hours to offload them onto the beach and took them five years because of security issues and hiding them and having to be careful to distribute all one million of them.”

The provision of Bibles had an astonishing impact in China. God’s timing was perfect – the million Bibles came just as the house church movement in China was mushrooming across the country. Estabrook now owns one Bible that had been used by a young pastor and evangelist – using that one Bible, he had grown a network of 400,000 believers.

“It’s just incredible. The Christians said it was what really fuelled the revival and the growth of house churches,” says Estabrook. “We didn’t know that would happen – it was because of God’s timing. We met the request that came to us, but the side effect was absolutely miraculous. It was just the right time to have all of these Bibles available for believers in China.” 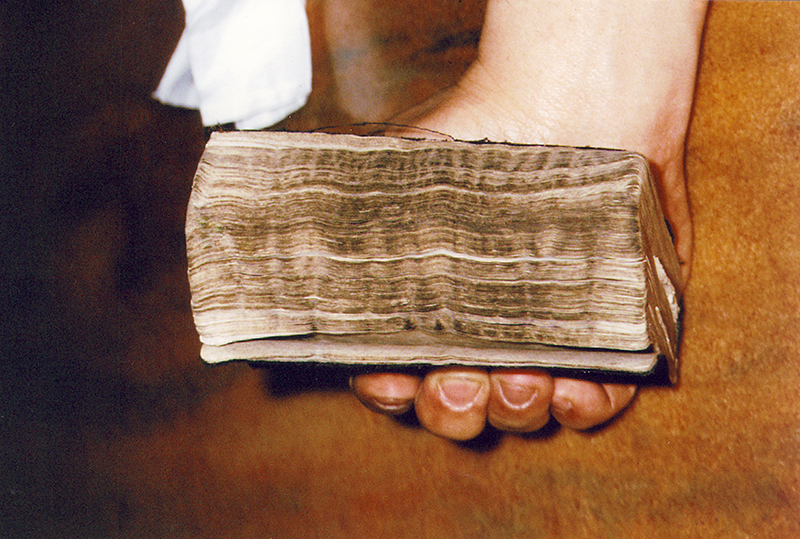 Image: One of the Project Pearl Bibles

Persecution is growing in China today…

Since Project Pearl in 1981, there have been periods of relative freedom for Christians in China – but today, religious restrictions have again been imposed on Christians to curb the phenomenal growth of the church. It’s at number 17 on the Open Doors World Watch List of countries where Christians face the most extreme persecution. In just three years, China has risen 26 places on the list. Open Doors still supports believers in China with persecution survival training, and by providing contextualised Christian literature to believers from Muslim and Buddhist backgrounds.

While China’s measures to oppose Christianity may not be as harsh as those used in some parts of the country’s history, various regulations have been introduced to make things increasingly difficult for Christians. Printed Bibles are only available in bookstores of government-sanctioned churches. Bibles can be read online, but the sale of printed Bibles online is prohibited.

“I am very aware that persecution is getting worse. I won’t be surprised if bulk purchase of Bibles becomes more and more difficult,” says Zhang Ming (name changed), a young Christian in China. “But I’m not anxious. In fact, I’m full of hope, because the Bible’s prophecies and promises have prepared us for what is to come. We can’t possibly withstand persecution and hardship by ourselves, but by trusting the Lord we will be victorious.

“When I think about Project Pearl, and the way Christians around the world came together to raise money so it could happen, I praise God. This is one of the biggest miracles of the story! If it were not for the Holy Spirit’s work this would be impossible. Praise God!

“Please pray with us for China. Ask God to prepare people’s hearts and to open doors for Chinese Christians. Pray for an increase in workers and harvesters for the gospel. Pray that God raises up more young believers to spread the gospel.”