Please pray for four Christians in China have been handed prison sentences of between 15 months and six years for selling audio Bibles.

Fu Xuanjuan – who is understood to be the owner of the business named as Life Tree Communication Co. Ltd, based in China’s south east province of Guangdong – has been sentenced to six years’ imprisonment and fined 200,000 yuan (approximately £22,500).

Audio Bibles are hugely popular in China. They also contain sermons, songs and other Christian content. According to Bitter Winter, a magazine focused on religious freedom and human rights, the four men had been running the communication business for years without problems. This changed in August 2020, when the authorities arrested the men for ‘conducting illegal business operations’ and confiscated the audio Bibles as well as computers.

Restricting distribution of audio Bibles is not the only way in which the Chinese authorities are seeking to stop its citizens from being impacted by God’s Word.

In church raids – which are becoming increasingly common – Bibles are often confiscated and verses on walls defaced. In 2018, printed Bibles were removed from online platforms. Now they can only be sold in state-affiliated church bookshops. Bible apps are popular and still accessible, though closure of some apps on online platforms have been reported. 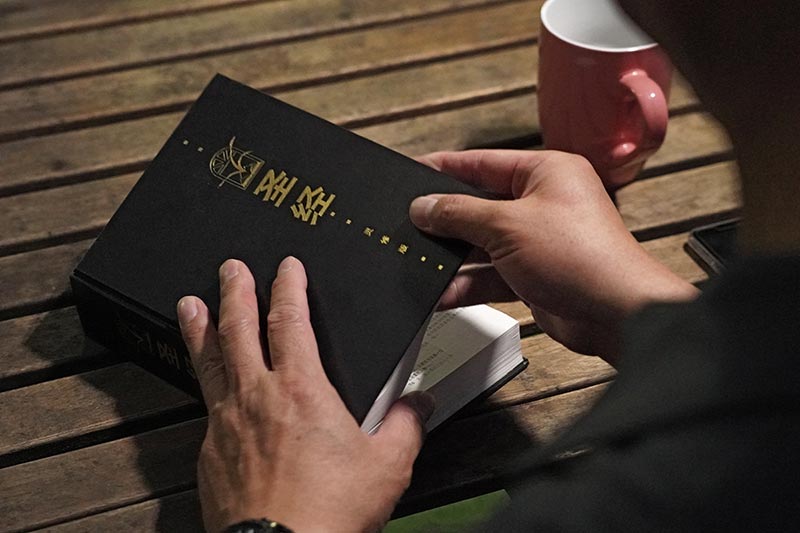 Changing the Bible for political reasons

Meanwhile, the Bible itself is being manipulated according to socialist values. Churches have been forced to display government-prepared posters which feature Bible verses that reflect the 12 principles of socialism, including prosperity, democracy, patriotism and dedication. Furthermore, an official ethics textbook includes a twisted take on Jesus’ encounter with the woman caught in adultery. In it, Jesus stones her and says, “I too am a sinner. But if the law could only be executed by men without blemish, the law would be dead.”