At just 11 years old, as Timóteo was walking home from school, a man carrying a gun starts calling after him. The man was a Guerrilla fighter, looking to recruit new, young soldiers. They were everywhere in his community in rural Colombia. There was a war between the fighters and the government, and the violence often spilled over to impact normal people.

Timóteo wasn’t just from an indigenous, animist tribe – one that believes everything in the universe has a spirit, and practices ancient rituals to worship them. His family were also Christians. Their conversion to Christianity enraged the tribe, who saw it as a betrayal of their traditions and feared they would anger the spirits.

Timóteo’s grandfather was the first to become a Christian in the family – and he was poisoned by the tribal authorities. But the family remained strong in the faith and never denied Christ. In fact, Timóteo’s father became a pastor.

“He used to evangelise the youth whom the guerrillas wanted to recruit,” says Timóteo. “They weren’t going to join the guerrillas if they had Christian thinking.”

This angered the guerrillas, and they threatened to kill him because of his opposition to the fighters. But Timóteo’s father didn’t back down. It made young Timóteo an especially attractive target for guerrilla fighters.

When a Colombian guerrilla fighter wants to recruit a child, they use everything they can think of to try to make it an attractive offer. Money, food, medicine, shelter – the offer changes depending on the child’s situation. If persuasion fails, sometimes children are taken by force.

With all the persecution he and his family faced from the community, Timóteo was severely tempted when he was offered a better life by the guerrillas.

“When I came home from school, there were guerrillas on the road,” remembers Timóteo. “You saw that they had a good life because they had a lot of money. They offered you things, like: ‘We will give you money. If you come here, you will have a better life’.” And it wasn’t just money. They offered him power and belonging – he wouldn’t just be one of the tribe’s outcasts anymore. He would be a guerrilla, and the tribe would have to listen to him or face the consequences.

But Timóteo said no. He remembered what his father had taught him about Jesus being worth more than earthly riches or power. Timóteo’s father was delighted his son had stood firm – but was afraid it was only a matter of time before Timóteo gave in to their offers or was taken by force. His son would make a fine trophy for them, given his own public opposition to the guerrilla fighters. And, remember, Timóteo was only eleven years old. It was a lot of responsibility for a young boy to shoulder. 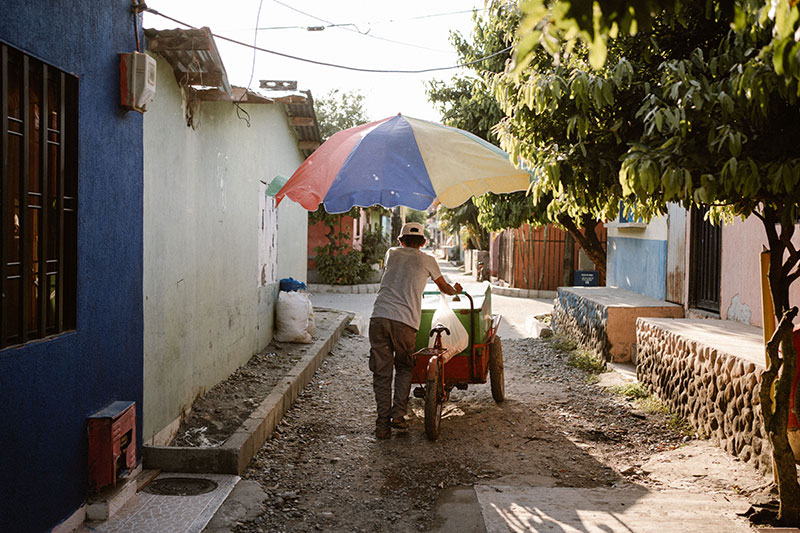 So, Timóteo’s Dad remembered the Open Doors Children’s Centre – a school and home for persecuted children in Colombia, where they can stay for short or long periods. It offers safety and shelter, as well as education and community. Timóteo was accepted for a place – that was 7 years ago – he’s now 18, and has recently graduated!

During his time at the centre, as well as getting a good education and making great friends, he learned more about Jesus and deepened his relationship with Him. “What I like most are the principles they have here. It helps you to become a Christian. I pray in the morning. I stick to the Bible, to what it says. And I want to continue reading because it contains many important things. Now I know God better; I live for Him.”

In the years since Timóteo first came to the Children’s Centre, his father and mother continued to risk their lives to spread the good news about Jesus. Thanks to your support, they didn’t have to choose between following the call of God for their lives and keeping Timóteo safe.

And now, Timóteo wants to follow in their footsteps: “I want to talk to families. I would like to go to their homes and share about God as an evangelist. I want to do this because Jesus did this. If He did it, I must do it too.”

Timóteo found a new family at the Open Doors Children’s Centre – could you share your Christmas with other young people like him this year? Check out our Christmas pages for things you can do this Christmas to encourage and support young Christians like Timóteo. We’ve created two (lock-down friendly) small group sessions to use, there’s a template to download and send a message of hope to young people from the Children’s Centre and you can even send a gift this Christmas to a young Christian facing persecution on behalf of a loved one (and you’ll get a certificate to give as a present).