Egypt: ‘Christians should not be out on the street’

Imagine being attacked simply for sitting outside your home. In Egypt, a recent case is showing just how vulnerable Christian families can be in rural locations.

Shenouda and Ishaq, two teenage lads, were sat outside their home in Al-Nasriyah, Minya, Upper Egypt, when a Muslim neighbour walked by and ordered them to go into their house. He was saying that ‘Christians should not be out on the street’.

“After they responded that they were not going to honour his order, he got angry,” a relative told Open Doors. “He ranted that he would ‘kill these dog infidels’. He then rushed home, came back with a knife and started hitting and stabbing them.”

Shenouda was stabbed in the belly and needed a partial removal of his intestines, while his brother Ishaq required stitches on six different areas of his body. Their mum needed treatment for serious head wounds. 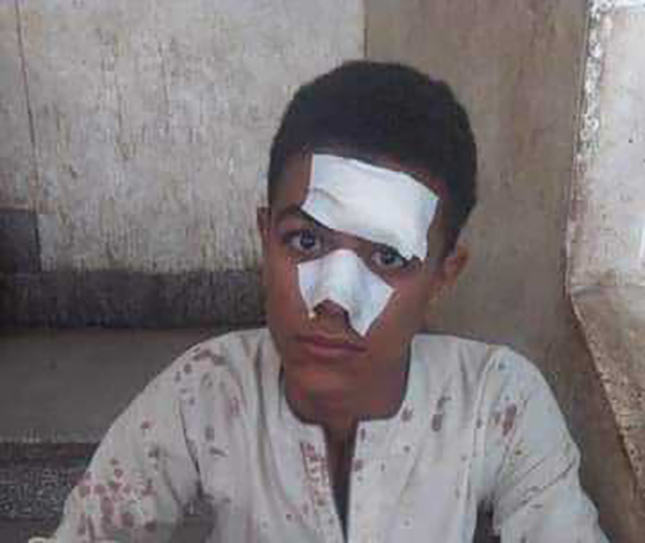 Image: Shenouda, 16, after the attack

Despite the deliberate attack, which was witnessed by a neighbour who gave their testimony the authorities, the police refused to classify it as an attempted murder. In fact, they initially said the attack was ‘just a normal quarrel’.

“My brothers balanced between life and death in intensive care for three days,” said the older brother of Ishaq and Shenouda. “How can this be ‘a normal quarrel’? It’s an attempted murder!”

Not his first attack…

This wasn’t the first time the assailant had done something like this. He had previously attacked a Christian teacher with a cleaver, and was never punished because the teacher was pressured into dropping charges and taking part in a ‘reconciliation session’. This is a meeting between a village’s Muslim and Christian leaders that aims to settle conflicts informally, and thus often lets perpetrators of violence against Christians go free without punishment.

While local Muslim elders have been pressuring the family to take a similar route, they are refusing to drop the charges or let a reconciliation session take the place of formal legal proceedings. “Impunity of such acts will only encourage further violence,” said a family member.

“This is sadly all too common for Egypt’s Christians,” says an Open Doors spokesperson. “Serious incidents are downplayed by both police and communities. Forgiveness and reconciliation are important, but not at the cost of justice.”

Egypt is currently number 16 on the 2019 Open Doors World Watch List, and Christians are often face constant discrimination in areas such as justice, education and basic social services, as well as social exclusion. In rural and impoverished areas, in particular, more radical forms of Islam are growing in prominence. The government is making efforts to reverse this trend but with little success so far.