Imagine if your father had been murdered – and then you had to see the family of his murderers every day.

This was the situation facing Wasihun from Ethiopia. When he was seven, he watched as his father was murdered for his faith in Jesus – and then he had to go to school with the children of the men who killed him.

Today, four years later, Wasihun goes to a different school. He says, “I am happy to go to school. I have friends to play with and I love learning.” His school fees are being paid by Open Doors, thanks to the prayers and support of Wasihun’s global church family.

Wasihun’s father was called Motuma Kemede. The family were the only Christians in a village of animists, who believe that all things have a spirit that can help or harm humans. When Motuma refused to take part in animist rituals, the community became increasingly hostile towards him. He received repeated insults and verbal warnings to renounce his faith. But Motuma stood firm in his faith in Jesus.

In August 2013, the villagers decided to carry out their threats. Buze, Wasihun’s mother, remembers, “It was in the middle of the night when they broke into our house. I was shocked. There were three of them in the house, but others were waiting outside. I heard them shout to each other, ‘Stab him!’”

Wasihun remembers, “I was holding on to his legs when they dragged him over the floor. They stabbed him to death.” 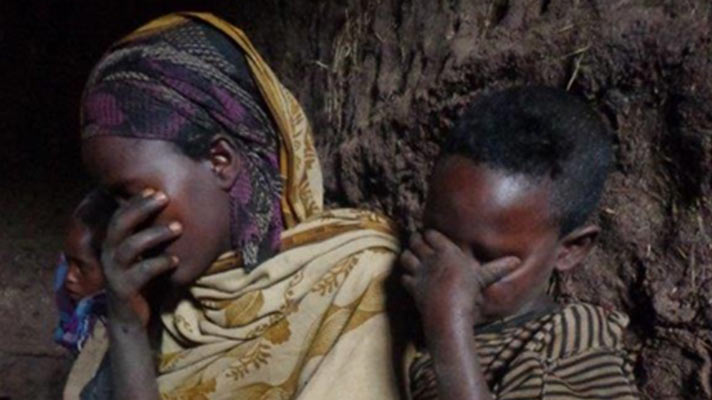 Open Doors partners went to visit Wasihun and his family two days after this horrific event occurred. As you can imagine, the family were completely distraught. Wasihun kept crying, saying, “My father promised to bring me roasted maize.” Such a simple wish had been brutally snatched away.

On top of the grief of Motuma’s murder, the family wondered how they would survive without him – they had struggled to make ends meet even when he was alive.

But the prayers and support of their global church family have enabled Open Doors to support Wasihun and his family for the long term, almost since the day Motuma died. Our local partners have been able to visit the family to encourage them, bring letters of encouragement from around the world, provide food and school fees for the children, and support Buze to start a small business. 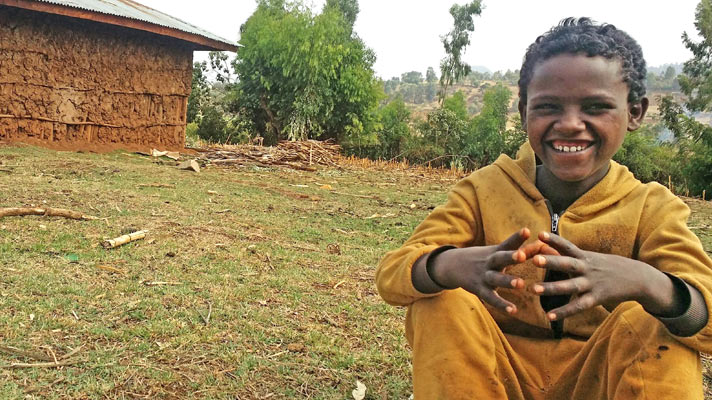 Wasihun says, “My father used to work from early until the sun set to fulfil what was needed in the house. And when he died, we all gave up. We thought we had no hope. But the Lord added all we needed. God provided for us.”

Buze says, “Your presence was more valuable than anything for me. It made me feel I have brothers and sisters who care for us. My hope continues because you supported me emotionally and economically. With the help I had from you, I was also able to buy one cow and feed my children cheese, milk and yogurt. I am now also able to buy and sell things at the market. I also mill peppers and sell it.”

The family continue to face daily pressure from their animist neighbours; they have caught villagers breaking into their property and trying to steal their animals. When Wasihun and his siblings go to church, Buze now stays at home to take care of the property.

But Wasihun’s sister, Bachu, says, “We feel there will always be people who provoke us. But when our opponents bully us, we kneel down and pray to God to give us patience.” 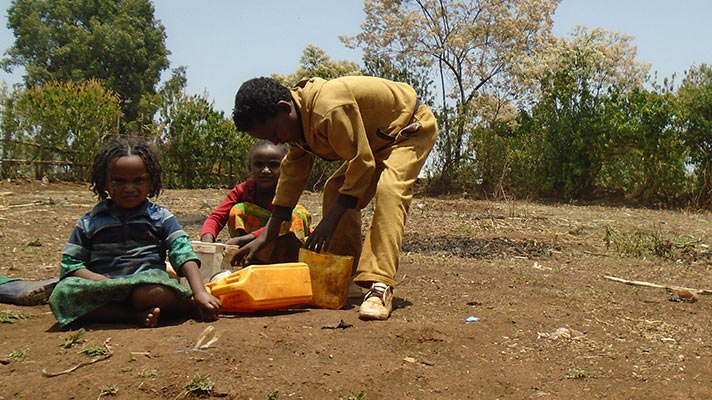 The continuing support of their global church family gives the family hope for the future.

Buze says, “Thanks to you, my brothers and sisters, I have been able to more than survive with my family. I cannot imagine life without your help. I would not have survived with my nine children. I truly would love to bless all who showed their kindness to us.

“What can I say? I only have thankfulness to God for taking care of us.”

Wasihun says, “I was totally shocked when my Dad was killed in front of me, but God comforted us and told us that He will be the Father of each of us.”