5,404 Christians were directly affected by 223 persecution incidents from January to March in 2020, according to reports from Open Doors local partners.

The recorded incidents range from social isolation by communities and disrupted church meetings through to beatings and sexual abuse. There were 216 incidents recorded in the same period last year, showing that persecution against Christians continues to be high.

It’s worth noting, these are just recorded incidents. There will be many more unreported situations. Approximately 66 million Christians live in India, and most of them experience some form of persecution or another, varying from discrimination in many cases to violent attacks in extreme cases.

Check out the infographic below… 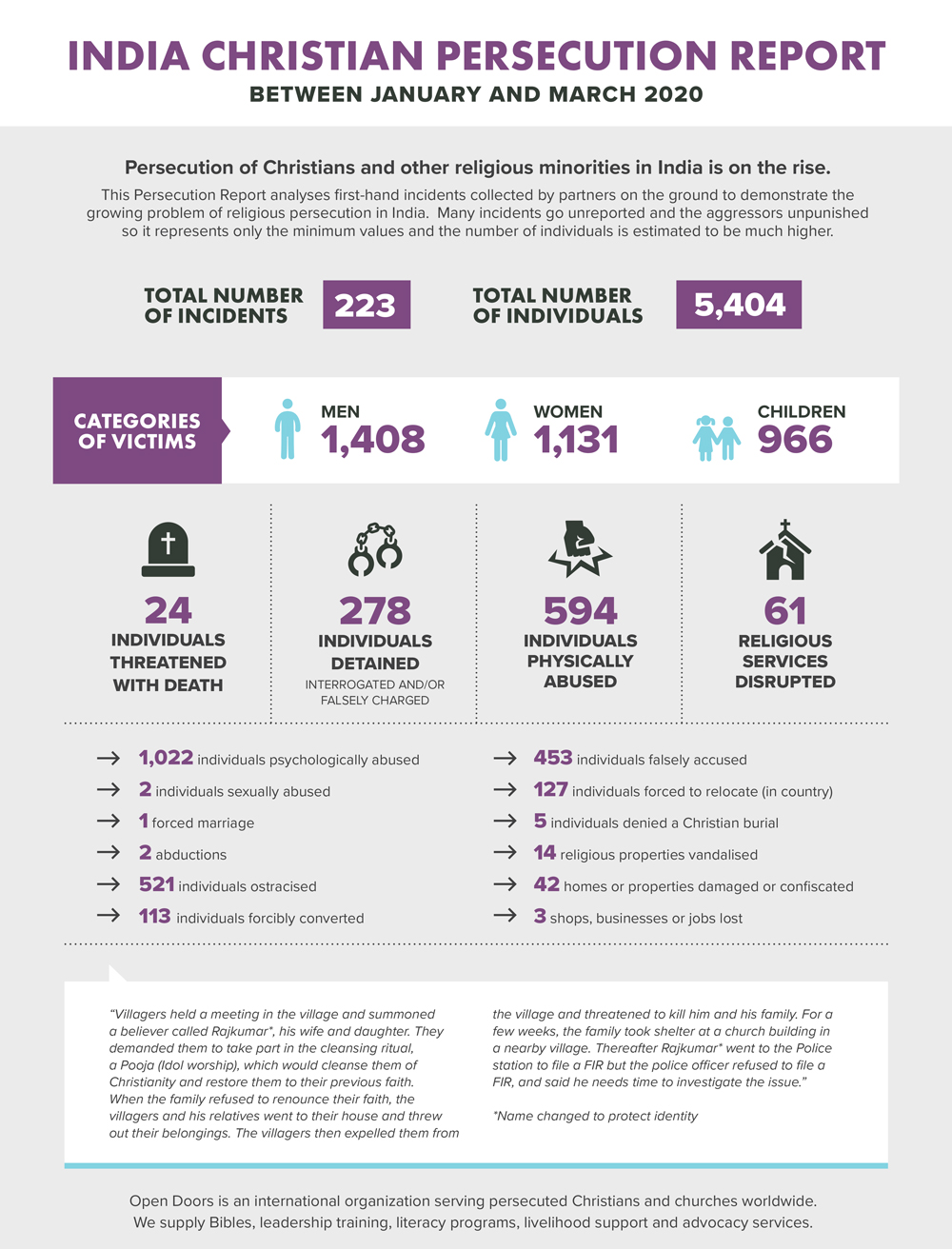 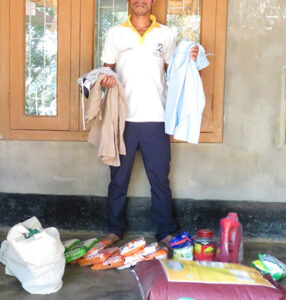 Vijay* decided to become a Christian after an uncle shared the gospel with him. But his family members were extremely angry that he had left their traditional faith – they beat him severely and his parents told him to leave the house. He didn’t leave, but was completely ignored by his family, meaning he was without the basic supplies he needed for his survival. Open Doors local partner heard of his situation and provided him with emergency relief – clothes and groceries that would sustain him for the next few months. Vijay was overwhelmed by receiving this help.

He says, “I am assured of not being alone. The mistreatment by my own family has helped me in gaining a family in Christ. As you have shown Christ’s love towards me, I am also compelled to share this with my family and show Christ’s love to them.”

India is number 10 on the 2020 World Watch List, Open Doors annual ranking of the 50 countries where Christians face the worst persecution. Persecution particularly effects believers who have converted from other faiths, and those from rural areas who are more isolated. Persecution is often carried out or encouraged by Hindu nationalists, who see Hinduism as part of what it means to be Indian, and believe that those following minority faiths such as Christianity are betraying their national identity.