India: From chains to faith

India is number 10 on the 2019 Open Doors World Watch List. The country is becoming increasingly radicalised, and powerful groups are asserting that to be India means being a Hindu. That is having a devastating effect on the Christian community who are facing increasing violence and exclusion.

But God is at work. People are coming to know Jesus through miraculous healings. Read Raman’s* story below to see his long journey to faith and see how God is using him now!

When he was nine, Raman became ill. His sickness made him weak and he would frequently collapse – and it made him doubt that any of the Hindu gods his family believed in actually existed: “At that time, I was sure that there was no god. If there were, why did I have to suffer like this?”

At this point, he says, he began to hear bad voices that told him to do terrible things – he even thought about killing himself. He was a danger to himself and others, and his mother was encouraged to chain him up for the safety of the community. He lived like that for months.

Finally, Raman’s mother was advised to take him to church. She did, and Christians prayed for him. Within a month, Raman was completely different – he’d been healed! His mother and sister converted from Hinduism to Christianity – but Raman wasn’t interested in becoming a Christian.

Seven years later, Raman had a terrible accident. He was hit by a truck when motorcycling, and severely injured – even close to death. The pastor of his mother and sister’s church prayed for him, along with many members of the congregation.

After three weeks, Raman was awake and walking with crutches. While others praised God, Raman was dissatisfied: “I looked awful, I had scars on my face and I had to walk with crutches. I didn’t feel happy at all. I told my Mum, ‘If God has really healed me, then I want to walk without those crutches.’”

She prayed with him, and continued to pray for several days.

“Within a week, all the strength came back into my legs. That was the moment I realised that Jesus had healed me.” 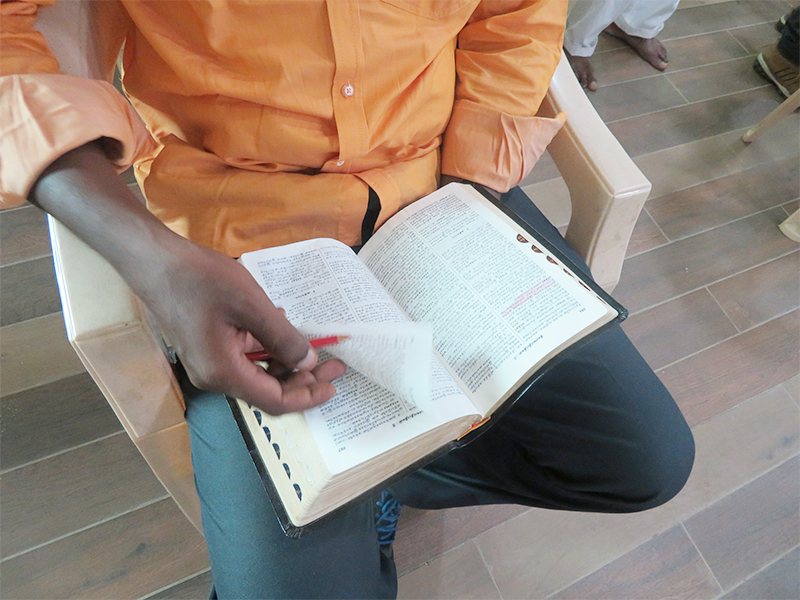 Raman started following Jesus, and later even became the pastor of a church. But the bigger his church grew, the more severely he was persecuted by Hindu extremists who accused him of following a ‘foreign’ God. He and his wife have suffered violence and extremists even set fire to his church while he was inside.

Despite all this, Pastor Raman has continued to serve his congregation and is determined to plant churches in 100 villages near his town. Your prayers and support can help strengthen pastors like Raman today.

Father God, Thank you for performing these wonderful miracles in the Raman’s life. And thank you for the greater miracle that people are coming to know you. We pray that You would continue to strengthen the faith of believers in India, and protect Christians in India from violence and persecution for their faith. Be with Raman as he leads different churches despite persecution. Help him have wisdom and courage to keep sharing your live and discipling others. Bless what he does and I pray many more would come to know you because of his example. Amen.

Sign up to go screen free and get sponsored to shut down your devices for anything from 6 to 48 hours. Raise money, prayer and awareness for courageous Christians like Raman who are sticking with Jesus despite attempts to silence their amazing faith. Sign up and get a free pack!