“I was petrified when extremists attacked us,” remembers Kanak* in India, “but I had to take courage to help my believers.”

The day that religious extremists attacked her house is still stark in Kanak’s memory. She and her husband Peter* were gathered with members of their church, praying together at home. The room was packed with men, women and children. And suddenly Kanak heard the sound of stones pelting on the walls and roof of their house.

The reason? The religious extremists weren’t happy that increasing numbers of people were coming to these prayer gatherings. So they got weapons, formed a mob and descended on the house. These militants had sticks, pipes and iron rods. They forced their way into the home, and started attacking Kanak, Peter and the other assembled Christians.

“Though I was in much pain, I could not bear to see my brothers and sisters going through the same,” says Kanak. “I gathered all my strength and protected the believers.”

Peter called the police and, on their arrival, the extremists left. Later, Kanak and Peter, with the help of local pastors, helped the other believers get medical treatment.

Kanak has long been determined to work among the poor and underprivileged, particularly children, in her community. She is proud of the community school that she and Peter have started for local children who wouldn’t be able to afford other schooling. The couple thank God every day for using them, and find joy in serving the deprived.

However, after the attack, Kanak and Peter had to end their work. They were being intimidated by the extremists – even with death threats. “The incident changed my whole life”, says Kanak. “I had to leave the place where God called me to ministry; I had to let go of my people who were like family to me and had to hand over the community school to others that was dear to me. I felt like I had come to the end of a tunnel.”

The church stopped gathering, because the believers were so gripped with fear. The police won’t help any of the Christians because they’re are too influenced by the religious extremists who carried out the attacks. Kanak and Peter thought they didn’t have anyone to turn to. 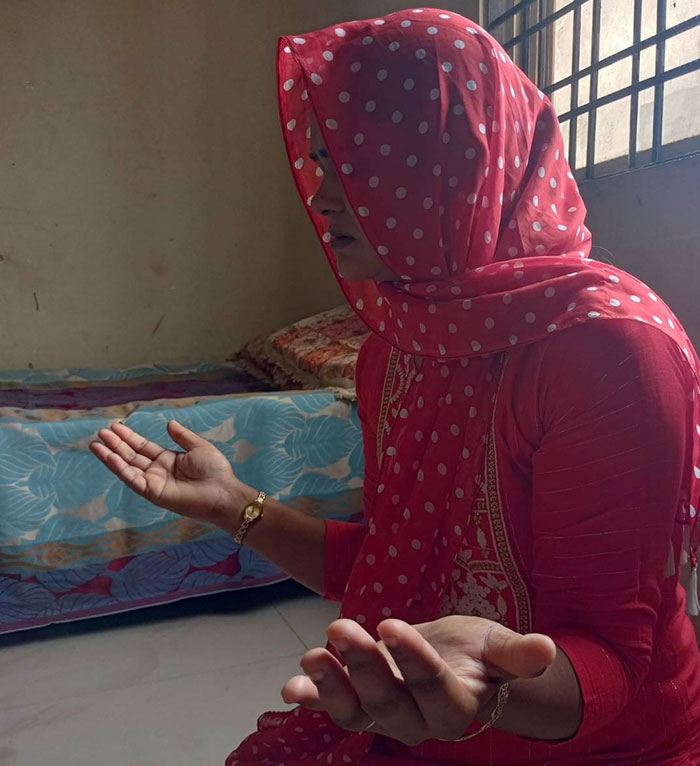 Thanks to you, Open Doors partners were there to help

But God hadn’t abandoned Kanak and Peter. He sent local Open Doors partners who were able, thanks to your prayers and gifts, to come alongside Kanak. They prayed with her, encouraged her and helped the couple find a new home in a different city. As Kanak and Peter didn’t have any source of income in this new city, Open Doors partners are also helping them financially for a few months while they find their feet.

“The help and intervention of Open Doors partners is like a ray of hope peeping through the dark tunnel,” says Kanak. “It reminds me of John 1:5: ‘The light shines in the darkness, and the darkness can never extinguish it.’

“Certainly, God’s light shined through your help and assured me that nothing can prevail against the will of God,” Kanak adds. “I thank the organisation [Open Doors] for helping my family in our time of need, and assuring us of your constant prayers and encouragement.”

Jesus will make a way

Kanak cannot go back to her home as the extremists are still seeking opportunities to target and harass her and Peter. But she believes Jesus will make a way for her, and will always stand by her side. Pray for Kanak and her family as they rebuild their lives in a new place and seek to share their testimonies with others in their community.

4. Send a message of hope: Imagine getting a letter from a Christian on the other side of the world who’d heard about you and was praying for you – encouraging right? Well, you can send encouragement now to young Christians facing persecution. Do that here now…
*Name changed for security reasons