India: How social media is fuelling hate against Christians…

When an extremist Hindu mob attacks Christians in India, one of the first things they’ll do is snatch the victims’ phones. This is to stop them from documenting the incident as evidence against their attackers. However, the mob will take out their own phones and record the violence, before adding it to various social media platforms in way that serves their agenda.

The driving force behind this is Hindutva, an ideology that disregards Indian Christians and Muslims (and other religious minorities) as true Indians because they have allegiances that lie outside India, and asserts the country should be purified of their presence.

Posts of attacks are shared widely by the persecutors, showing them to the bold Hindu nationalists who are protecting India and Hinduism – but they also incite others to do the same and act as a warning to other Christians.

The mobs will also use the posts to share disinformation about their victims. For example, Christians will be accused of forced or paid conversion. “[The perpetrators] therefore frame their violent attacks against minorities as a form of ‘civic’, patriotic and religious duty to prevent such attributed behaviour,” the report states.

The report adds that posts act as ‘social evidence’ because of the compelling way they are presented. Victims are unable to provide their side of the story, whilst the persecutors embellish the posts with text or commentary to reinforce the disinformation. A routine Christian private prayer meeting, for example, is labelled as a ‘secret meeting to convert Hindus to Christianity’.

It’s here that social media platforms have failed in their responsibilities. By and large they have failed to address the spread of such disinformation at a local and national level (e.g. through the removal of posts or suspension of accounts). The posts therefore go unchecked, which perpetuates the false narrative that religious minorities, including Christians, are guilty whilst the attackers are innocent.

Sadly, the mainstream media in India cannot be relied upon to shed light on the truth. Outlets will systematically exclude victims’ accounts from reports. Even if a local reporter captures the real story, the final edit will be edited so the story is spun against religious minorities.

“Discriminatory, dehumanizing and inciting speech flourishes on social media because users are able to operate with a sense of impunity which in turn has become normalised amongst far-right users,” the report concludes. Whilst responsibility for this partly falls with the police, local authorities, courts and ruling party, blame also lies with social media platforms whose failure to prevent the spread of false and inflammatory information cannot be excused under a commitment to free speech. 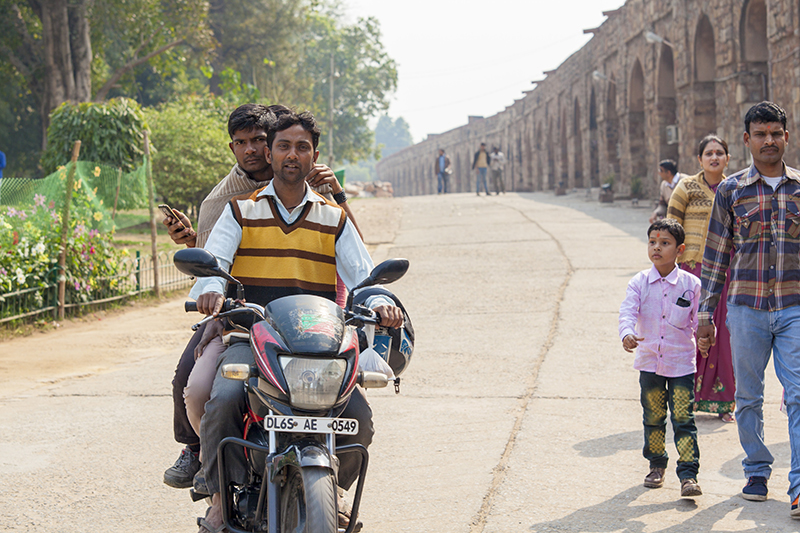 In response to the findings, the report lists eight recommendations for social and mainstream media outlets. This includes more moderators, the implementation of specialised training in international human rights and the complex and diverse use of different languages and dialects, and a more rigorous approach to removing hateful content.

Thanks to you, the voices of India’s Christians are being heard in power

At the launch of Destructive Lies in Parliament, 38 MPs and representatives confirmed their attendance (find out if your MP attended here). Earlier this week, Brendan O’Hara MP confirmed that he has put a motion to Parliament, calling on the UK government to urgently raise the plight of India’s religious minorities to the Indian Prime Minister Narenda Modi and the High Commissioner.

The role played by social media in the persecution of Christians and other religious minorities – along with the other findings from the report – is hugely troubling, and change will not happen overnight. However, the voices of our family in India are being heard in power, thanks to you. Progress is being made, but there remains a long way to go.

This does sound bleak, but this summer you can act. Here’s three things you can do.

1. Act now: Stand for truth by emailing Nigel Adams, Minister for Asia, asking him to take action. You can do that here, it will only take a few minutes.

2. Walk with Them: Organise a sponsored walk. Choose your route and distance and start raising money and prayer for Christians facing intense persecution in India. Sign up and download our Walk Guide with stories, prayers and actions to take as you walk!

3. NANO – Truth or Lies: We’ve written a special NANO session outline that leaders can use with youth and small groups to help them understand some of the lies that are being told about Christians in India. Includes a video story, Bible reflection and activities.