India: ‘I never gave up’

Since coming to faith, Vinita* had tried to share the new peace she’d found with her community. Her husband and sister Isha* did decide to become Christians, but elsewhere she met with opposition and threats. “I tried to share the gospel to many, but they did not listen,” she says. “They spoke badly to me, saying, ‘You are worshipping a foreign God instead of our god and goddesses.’ I never gave up – my job was to share the Word of God.”

Hindu extremists have vowed to wipe out Christians and other non-Hindus in India, and Christians from Hindu backgrounds are particularly targeted. One day, Vinita and Isha found out just how violent their methods could be.

They were with a pastor and his wife when eight or nine local men burst into the house, calling “Where are the Christians? We don’t want Christians here!”

Vinita, Isha, the pastor and his wife were subject to a terrible and violent attack, which highlights the crisis facing Indian Christians across the country. They are attacked, abused, discriminated against, rejected – all because of their faith. Sometimes believers are even murdered. 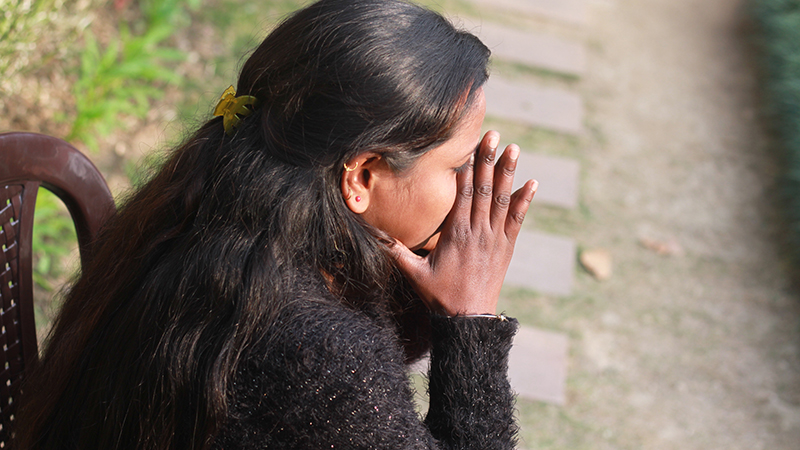 Somehow, everyone survived the brutal attack – though they were badly hurt. And things got worse still: “When we were admitted to the hospital, we could not receive treatment because there was pressure from the attackers,” says Vinita.

“This is very common in India,” shares Pastor Samuel*, a local Open Doors partner. “Most often the hospital denies medical help. And the police take a lot of time in registering their cases. These people suffer a lot.”

But God stepped in. Thanks to your support and prayers, a local Open Doors partner was able to take Vinita and the other victims to a different hospital and pay for their treatment. Without this intervention, they could have died. Open Doors partners are also able to offer legal support to the women, and provide new stock for Vinita’s shop, which was ransacked and vandalised in the attack.

Through it all, Vinita’s faith has remained strong: “I have never thought of leaving God, because God alone has safeguarded us and helped us. Remain in Christ Jesus who sustains us and He will bless you. Peace in Christ is found nowhere else.”

Amazingly, she has also forgiven her attackers. She remembers Jesus’ words on the cross: “When Jesus left this world, He said, ‘Father, these people do not know what they are doing. Forgive them.’ From this verse, I learn to forgive my enemies. And I pray that the attackers have a change of heart.” 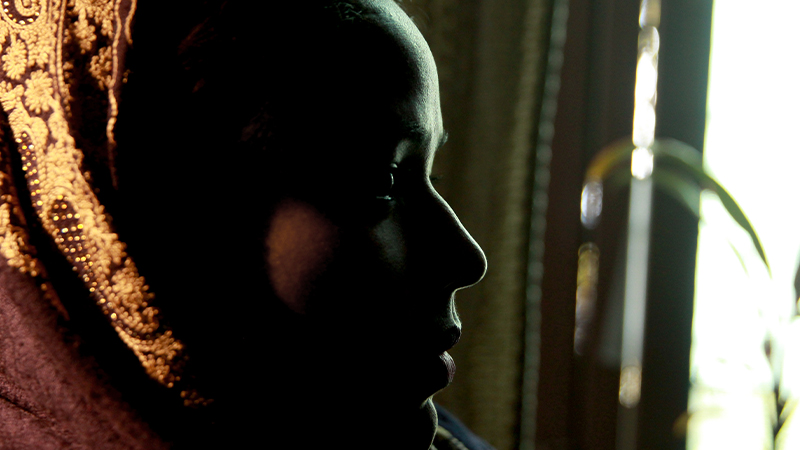 Open Doors partners are helping Vinita’s family, including with emergency Covid-19 aid as they lost their livelihoods in the pandemic – but they still face persecution from their community: “Even now they threaten us and say, ‘We will not let you stay here.’ They say they will drive us out and make us beg. Pray that the threats will stop, and that we will be strong in faith.”

Give. Every £11 could equip two people to train others in their legal rights and how to survive persecution.
Learn more. Get a free World Watch List map to learn more about and pray for the places where faith costs the most.
Raise money. Coming soon – a new guided sponsored walk focusing on stories of brave faith from India. Coming end of June 2021.