India: In prison for praying

Vikas is from India. Over the last decade and extremist, nationalist form of Hiduism has taken root, and Christians are being increasingly singled out. They think that to be India, means being Hindu, so when Vikas chose to leave Hinduism for Christianity he started getting threatened.

“I got a lot of threats. But I never stopped believing. My faith became so strong,” Vikas says.

Rather than being discouraged, Vikas’s faith grew and he eventually became a pastor.

The persecution continued, and started to become more severe. Three policemen interrupted a service where Vikas was praying for the congregation. They accused Vikas of speaking against their gods, and illegally converting people to Christianity.

But Vikas responded, “Ask the people who are here. I don’t force them to become Christians. These are people who need healing, so they come here.”

On this occasion, the police left because nobody would testify against Vikas. Three years later, in 2018, he wasn’t so lucky. As Vikas recounts, “One night I was conducting a night of prayer. There were about 50 people who came for healing. I prayed for them.” That’s when the police came to arrest him. 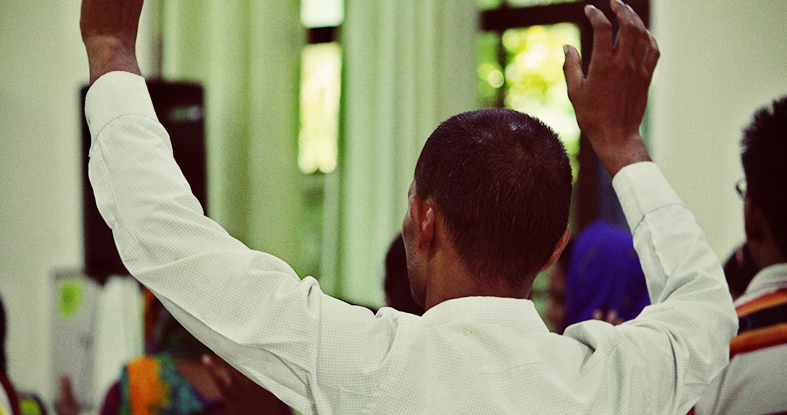 ‘Lord, I believe you can release me…’

They arrived using loud speakers, something the police only do when in pursuit of a violent criminal.

“The police officers brought me to the local police station and put me in jail there. I was really sad when this happened. But I wasn’t discouraged and I kept on praying, ‘Lord, you didn’t allow Paul to stay in prison, so I believe you can release me too. Please, don’t let my brothers and sisters feel hopeless that I am here.’”

Vikas was recalling Acts 16, where Paul and Silas were imprisoned but kept ‘praying and singing hymns to God’ (Acts 16:25) and ‘suddenly there was such a violent earthquake that the foundations of the prison were shaken. At once all the prison doors flew open, and everyone’s chains came loose’ (Acts 16:26).

God didn’t use an earthquake this time, but He did use your support. That night, some of the members of Vikas’ church contacted Open Doors’ local partners; they were able to get him out on bail the next morning. The police intended to file a complaint, but they didn’t. Vikas says, “If you weren’t there for me, they would probably have filed a case against me. No one would have been there to fight for me.”

Open Doors’ local partners continue to support Vikas and his family. They were recently forced to leave their house, because of his ministry, and your support helped Open Doors partners to find them a new place to live, and provide them with financial assistance.

Please stand with Vikas in prayer. He says, “Please pray that God will keep filling me with His Spirit so that I might be able to have more compassion with other people. Pray that I will be free to share the gospel without people opposing me.”