Last Saturday (15th July), Sultan Masih, a pastor of a Pentecostal Church in Ludhiana, the largest city in India’s north-western state of Punjab, was shot dead outside of his church.

Sultan, 47, who also ran a school for the poor, was gunned down by two people on a motorbike, who shot him at close range outside the Temple of God Church, where he was senior pastor.

Hundreds of Christians took to the streets on Sunday (16 July), blocking off a major national highway for three hours, and only ceasing once they had received assurances from the police that the perpetrators would be brought to justice. 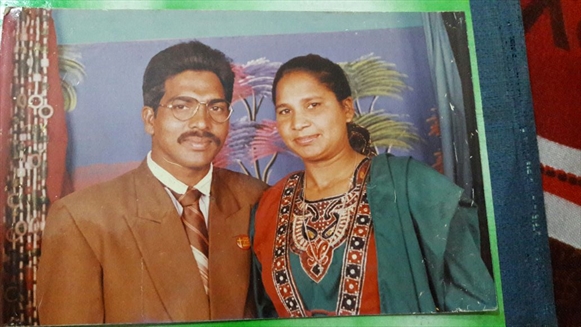 “Family members are grieving and we hope the government will catch the accused. We demand answers and have gone to the Punjab government, but they couldn’t find who did this.

“The state of Punjab is very safe in India for Christians. There are Sikhs living here – they are also a religious minority in India. We are also a minority, but never before have we had any threats. But unfortunately this has happened and we are all shocked about how this is possible. Nobody knows how this can happen.

“Two people came by bike. Every Saturday, the pastor, after finishing his Sunday-service preparations, at 8.30pm he will come out. As usual, he had been talking with people outside, very casually. Then at 8.45pm, two people came very near, about 2-3 feet, and they shot his leg, and his face and his chest.”

CCTV cameras recorded footage of the attack, but a police spokesman said it was too dark to make out the attackers’ faces.

Sultan had been pastor of the church for 20 years and also ran a school for the poor from inside the church. He is survived by his wife, Sarabjit, and sons, Elisha, 26, and Hanok, 18.

According to The Tribune, the Punjab Chief Minister, Amarinder Singh, has promised 500,000 rupees (around £6,000) for Sultan’s widow and a guaranteed job with the police for one of Sultan’s sons. He also promised that the killers would be brought to justice.

Some reports say that Sultan had received threats before his death. The police denied this but refused to rule out ‘terror’ as a possible motive. Meanwhile the Punjab Pradesh Congress Committee said the attackers were trying to ‘disturb the peace’ and called on the Christian community to ‘maintain the peace’.

Where did this happen

India is number 15 on the 2017 Open Doors World Watch List. Since the Hindu nationalist Bharatiya Janata Party (BJP) came into power in 2014, radical Hinduism has increased steadily. There are anti-conversion laws to prevent people from leaving Hinduism in five states, and there have been efforts to impose such a law at a national level. Some of those who have left Hinduism to follow Jesus have been attacked and even killed by their own parents.

The Temple of God church in Ludhiana, India, where Sultan was a pastor and tragically killed.