India: Sari can’t give up on Jesus

Despite being rejected by her family, 12-year-old Sari* from India won’t leave Jesus.

She came to faith after God healed her ears from an illness that kept her practically deaf from early childhood. Her parents were pleased with the healing, but banned her from going to church. Sari tried to go secretly, but whenever her brother found out, he beat her terribly.

Eventually, her family forced her from the house. She now lives with her aunt, who is also a Christian. Despite all of this, she still says of her family, “I love them so much.” You can see Sari and her aunt below. 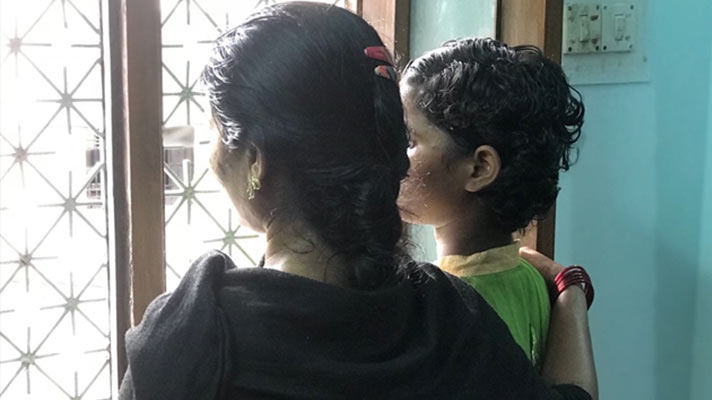 ‘Sari’ and her aunt look out of a window.

Open Doors partners were recently able to meet with Sari to pray with her and encourage her. They read to her from Psalm 68 – specifically verse five, which says, “A father to the fatherless, a defender of the widows, is God in his holy dwelling.”

“For now, God is your Father,” they felt led to say. “You have to continue to trust in Him. He has promised to make all things new. He will renew your relationship with your parents.”

When asked whether she’d considered leaving Jesus, Sari said, “I want to leave Him, but I can’t.” It is clear that she has suffered a lot for her faith at such a young age, but Jesus holds her firm in His loving arms. As the visit from Open Doors local partners drew to a close, Sari thanked them for praying with her.

Stand with your church family in India

Sari represents thousands of Christians in India facing rejection and violence because of their faith in Jesus. Open Doors church partners estimate that almost 24,000 Christians were physically attacked in India last year. India is number 11 on the 2018 World Watch List, Open Doors’ annual ranking of the 50 countries where Christians face the most extreme persecution, its highest ever position.

Open Doors has been working through local churches and partners in India since 2000, and the work they do is already extensive, but they have a plan to double their impact and extend their reach to every corner of India over the next two years.

Get sponsored to spend a whole weekend offline and raise money and prayer for silenced, threatened and persecuted Christians! Join the Blackout – sign up and order your Blackout pack today!