Mehr, an Indian Christian in her twenties, grew up as a Hindu, like most people in India. All her family were Hindus, and all her community were Hindus. But she started to question her religion when it couldn’t offer any solace for her chronic illness. And then somebody told her about Jesus. Her mother thought they might as well try taking her to be prayed for by a Christian.

“My mother took me to the church,” Mehr remembers. “I was healed! I came to know Jesus as the true Healer – the living God. I gave my life to Jesus. Our lives changed as we got to know God.”

Mehr, her mother and her sister were excited about their new life as Christians – but others in their community were very unhappy. Converting to Christianity comes with significant risk in many parts of India, as Hinduism is often seen as part of the national identity. Christians are seen as traitors.

Falsely accused of being paid to convert

In India, many falsely believe Christians are bribing or paying people to follow Jesus. Many states now have laws against this – but the laws are used to accuse Christians like Mehr. “When we accepted Christ, the people in our community accused us of taking money to become Christian,” says Mehr. “We denied such accusations – we told them, Christ did not come for religious conversion. He came to change lives. When we come to the Lord, we receive peace. We are filled with joy.”

Mehr’s words didn’t make any difference. The villagers kept persecuting Mehr and her family. “They isolated us, hurled lewd comments at my sister and me, and shamed us for being involved in ‘illegal’ activities. They constantly used abusive words and mocked us. It was hurtful.”

Despite being insulted and rejected by her community, Mehr kept praying for them. As she explains, “Their words hurt momentarily, but my joy in Christ overpowered all the opposition. I believed and prayed that they would experience Jesus the same way we did.”

Watch the rest of Mehr’s story

Trigger warning: Mehr talks about her attack and feelings of depression as she recovered. If you’re feeling vulnerable today, don’t watch the video and cup down to the prayer points.

“May God use my testimony”

Thanks to your support and prayers, Mehr was able to get hospital treatment and receive some trauma counselling. Mehr and her family know they aren’t abandoned. It means so much to them to know that their worldwide church family hasn’t forgotten them.

“I am so grateful to my God,” she says. “He certainly has comforted me through your gracious help. When everything looked dark, your presence and prayers uplifted my family and me. I can testify and claim that the plans of God are good and not for my harm, and every circumstance guides me to a future and hope in Christ.”

Mehr was also able to attend Open Doors training to help her stand firm when facing persecution. She has boldly shared her testimony in the seminar and touched many with her unshakeable faith in Christ. “When this attack happened to me, it wasn’t easy to come out of it, but God put one thing on my heart: ‘Do not fear for I am with you.’ (Isaiah 41:10).

“God is my strength – holy God is my fortress. May God use my testimony to strength my brothers and sisters.” 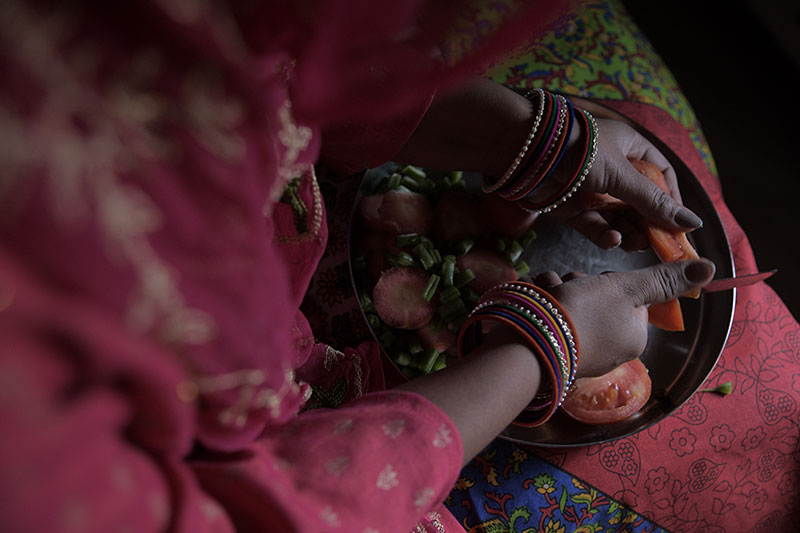 Mehr knows that justice is very unlikely to be done, in the case of the people who attacked her. Her family lodged a complaint with the police, but her attackers were not arrested or questioned, because of the influential position they hold in the community. Christians in many parts of India find that their accusations are disregarded – and sometimes the police even take the side of the persecutors. But Mehr is living out the command that Jesus gave in the Sermon on the Mount, to love your enemies and pray for those who persecute you (Matthew 5:44).