Imagine going to the police station to report a crime, and being arrested yourself.Crazy, right?

If you’re a Christian in Iran, that’s just what can happen. A young Iranian Christian, Fatemeh Mohammadi, was recently assaulted on a bus – she was told she wasn’t wearing her headscarf properly, then she was shoved and hit. When she reported the crime, she was arrested, held overnight and released the next morning on bail. The person who attacked her was never charged.

She was arrested because there is a law in Iran that says it is ok to stop people from committing ‘disgraceful acts’. Apparently the way Fatemah was wearing her headscarf was disgraceful, and the fact she was punched was not.

This isn’t the first time that Fatemeh has been targeted. In 2018, she served a six-month sentence for ‘Christian activity’, ‘membership in proselytising groups’ and ‘acting against national security through propaganda against the regime’.

Bravely, and by God’s grace, she continues to run a campaign for Christians in Iran to be allowed to worship in a church – crucially, including believers who have converted from Islam. 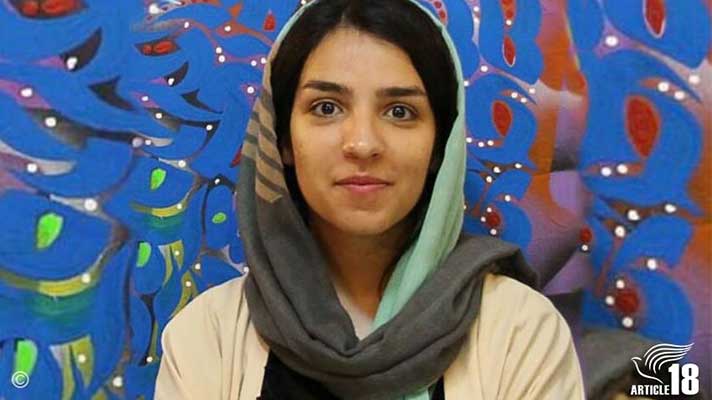 The situation is getting worse for Iranian Christians. Iran is number 9 on the Open Doors World Watch List. Last year, in November and December alone, more than 250 Iranian Christians were arrested across the country. Thankfully they are often released after a few hours or days, but have their mobile phones confiscated and know they are not safe. Longer prison sentences have been given to leaders of house churches for Christians from Muslim backgrounds. These churches are frequently raided.

Fatemah is risking her security and freedom because of her commitment to Jesus. Being female in Iran, she is doubly vulnerable to persecution because of her amazing faith and her gender. Check out our new campaign to see how you can speak up, pray and raise money for change! You can even get a free money box or download a special small group/youth group session!