It’s been more than three years since Pastor Victor (65) was sentenced to 10 years in prison, and over two and a half years since Shamiram (64) was given a five-year sentence; they have been out on bail since – appealing the rulings, so hadn’t started their prison terms yet. 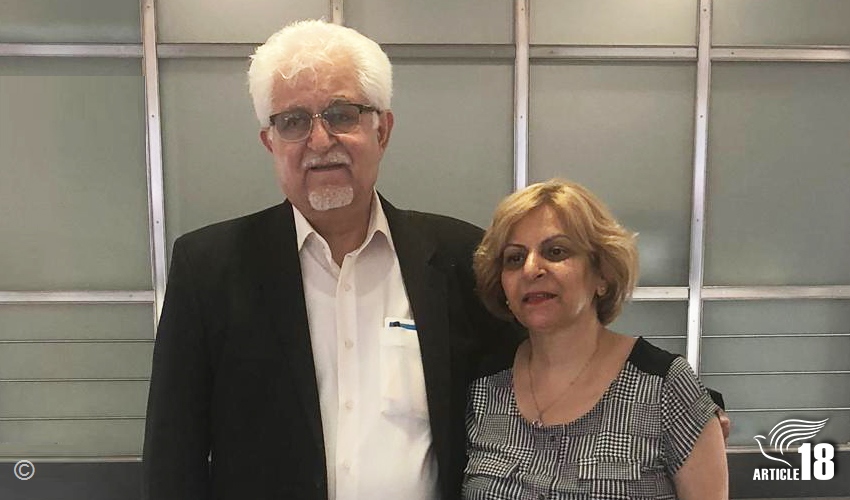 Pastor Victor was arrested with two members of his church in 2014 as they celebrated Christmas together. The government had already closed the Tehran Pentecostal Assyrian Church, which he led, in 2009. He was found guilty of ‘conducting evangelism’ and ‘illegal house-church activities’, among other charges, and given a 10-year prison sentence.

Shamiram is appealing against a sentence for acting against national security and against the regime ‘by organising small groups, attending a seminary abroad and training church leaders and pastors to act as spies’.

The couple have faced a long process to even get their appeals heard – they were summoned to numerous appeal hearings, only for them to be cancelled for a variety of reasons including failure to officially summon every defendant, the court being ‘too crowded’, and the assigning of a new judge to the case.

Their last scheduled appeal hearing (1 June) was cancelled without a reason being given.

The couple’s daughter, Dabrina, told Article18 that her parents are ‘safe and well’. The family will continue their fight to get the sentences dropped.

The arrest and imprisonment of Christians in Iran – particularly those from a Muslim background – is an ongoing injustice.

Earlier this month, four believers were given heavy prison sentences for accusations very similar to Pastor Victor and Shamiram’s: ‘acting against national security’, ‘attending home churches’ and ‘spreading Zionist Christianity’. All four were arrested in February for being part of a house church in Rasht.

Iran is number 9 on the World Watch List. Open Doors supports the church in Iran through partners – as well as trauma training, this is done through distributing Bibles and other Christian literature online, advocacy for those in prison and various forms of training.

Sources of information in this article: Article18 and Middle East Concern (MEC)