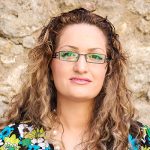 Maryam was released on 1 August; she had been due for release on 27 July, but this was delayed without explanation.

Maryam, 39, a convert from Islam, was first questioned by intelligence officers in January 2010 because of her work with underground churches, or ‘house churches’. She was arrested in January 2013, alongside Iranian-American pastor Saeed Abedini, in connection with their work at an orphanage and both were sentenced a few months later. (Abedini was released in January 2016, following pressure from the US government.)

While in prison Maryam was harassed and repeatedly denied medical treatment for longstanding medical issues. (She underwent heart surgery ten years ago and needs regular medical check-ups.) Amnesty International referenced her case when it accused Iran of ‘cruel’ denial of medical care in its prisons.

In protest against her treatment, she undertook a series of hunger strikes. According to her family, her imprisonment has traumatised her and left her suffering with depression.

“What have I done to make you hate me?”

Maryam is not the only prisoner to protest through going on a hunger strike. Recently Amin Afshar Naderi, a Christian sentenced to 15 years in jail, was let out on bail after going three weeks without food. He wrote an open letter to authorities – his letter begins with a powerful challenge.

‘What have I done against you and our country that made you hate me this much? I have learned from the Bible to love my enemies and to pray for those who hate me. But what have you actually learned?

‘I have learned not to speak in abusive language; what have YOU learned? You were using rude language during the interrogation, you made fun of my beliefs and attacked my monotheistic religion; I have never insulted you, not because I did not have the power to do so , but deep inside I have always prayed for your health.’

He went on to protest about having to tolerate ‘all the insults from my inmates, the prison guards and you all, while I have not done anything wrong and have been deprived of basic needs. However, I have always prayed for you to be fair and just.’

Amin Afshar-Naderi, who is said to be ‘very unwell’, had to sign over property deeds worth 80,000 US dollars to secure his bail, which is reliant upon the outcome of an appeal.

Where is this happening?

Iran is number 8 on the 2017 Open Doors World Watch List. Christians in Iran face severe restrictions on their freedom to worship. Only Armenians and Assyrians are allowed to be Christians, and even they are treated as second class citizens. Muslim-background believers often meet in house churches, but these are frequently monitored by secret police and raided. At least 193 Christians were arrested or imprisoned in Iran in 2016.

Thank you for all your prayers for Maryam and for other Iranian Christians imprisoned for their faith.

Please continue to remember these brothers and sisters in your prayers. Pray especially for Ebrahim Firouzi, 30, who has also begun a hunger strike to protest against Iran’s treatment of converts to Christianity. He has five years left of his own sentence for ‘acting against national security’, and recently wrote a statement criticising the Iranian government for ‘unjust and hefty verdicts and sentences against new Christian believers and converts to the point that in recent months tens of Christians have been sentenced to long years of imprisonment’.

The image is of Evian prison in Iran where Maryam was held. The photo is by Flickr user SabzPhoto and you can see the original image here…