Christian children and their families have started to return to their homes in Karamles, Iraq, after the village was liberated and self-proclaimed Islamic State (IS) were defeated in nearby Mosul. Among the first to return was 12-year-old Noeh and his sister, Salina, seven.

Noeh’s house was completely destroyed by IS militants so the family is staying in his aunt’s house. “After the liberation in October we found out that Islamic State had burned our house. I was very sad when I saw it for the first time,” says Noeh. The heat was so strong that the structure of the first floor is no longer safe. 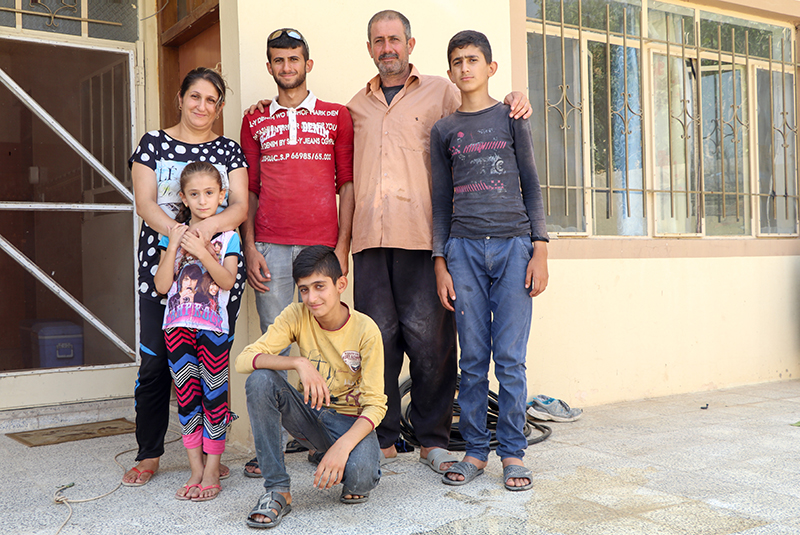 ‘So good to be back on our own soil’

Despite everything, the family is pleased to be back home after being forced to live in a refugee camp in Erbil for three years. “It is like living in heaven,” said Almas, Noeh’s mother. “It is so good to be back on our own soil, in the place where we were born, where our parents and grandparents lived. We’re so happy to be back living in Karamles most days of the week. We haven’t moved our things yet from the camp in Erbil, but we stay in our village about five out of seven days.”

It’s currently about 40 degrees in Karamles. No electricity means that there is no air conditioning or even a fan. They can’t keep their food fresh in the refrigerator. The water supply is also limited and poor quality.

Karamles had 797 houses when IS invaded. Of these 464 have been burned from the inside, 97 have been completely destroyed by the bombs and the rest are damaged or vandalised.

Currently, there are only ten families in Karamles, but Noeh’s family expects many others to return in the coming weeks because the Iraqi government has ordered schools to reopen in the Nineveh Plain. Teachers are busy preparing for the new school year which should begin in early October.

Church services have also resumed each week. Houses have started to be repaired – beginning with those that have the least amount of damage. Noeh’s father, Hathem, has been hard at work rebuilding walls, making new gates and fixing water tanks. The family owns land where they grow wheat. “I couldn’t sow this year because of the unexploded mines in the fields,” said Hathem. “I hope we will be able to harvest next year.” 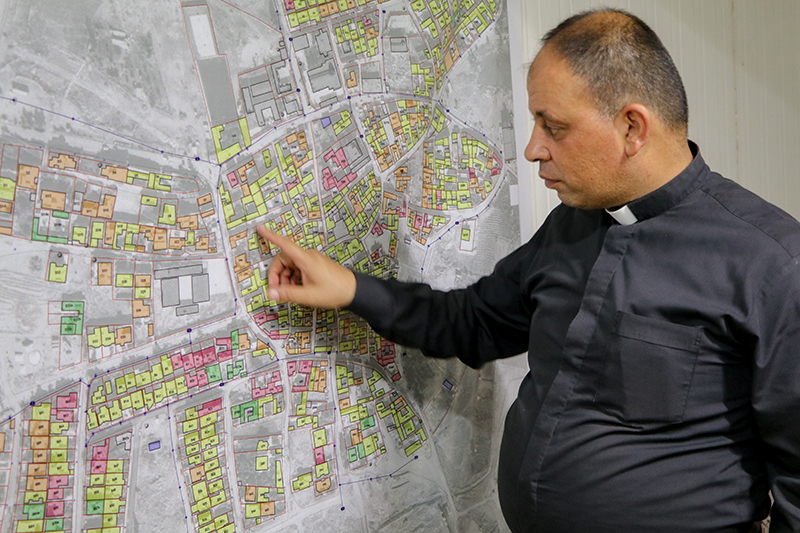 The situation in the nearby town of Qaraqosh is much better. “There they have better electricity, a lot of shops are open and many people have returned,” said Almus. “We went there to buy the things we needed. Here in Karamles only one shop has opened its doors, a small shop where we can buy some basic things. But they do not sell vegetables or fruit.” Karamles’ Father Thabet is optimistic about the future. He said, “I see life is coming back to the village. A shop is open and each Sunday we have mass in the church. Many are planning to move back to Karamles, about 250 families have requested funds to rebuild their house. When school starts, I think more will return.”

Four ways to bring hope to the Middle East

Give. Every £11 could provide a week’s worth of emergency food supplies for a displaced family in Syria. Give here…

Speak out. Sign the One Million Voices of Hope petition, calling for equality, dignity and responsibility for Christians and other minorities in Syria and Iraq. Ask others to sign it too. Sign now…

Join the Blackout. Spend a weekend offline. Give up your digital voice to stand with the voiceless. Raise money and prayer to amplify their silence. Find out more…

Noeh and his sister Salina (7) in the back of the pickup truck.