Iraq: How you’re helping Mimi and her family stay

Mimi was four years old when she and her family had to flee Islamic extremists in Nineveh Plains, Iraq. Thanks to Open Doors supporters like you, a microloan means her family are able to stay in Iraq.

Mimi doesn’t really remember one of the most important moments of her life. She’s 12 now, but was only four years old when so-called Islamic State (IS) invaded her Christian community in the Nineveh Plain of Iraq. At the time, all she really understood was that her family were scared.

“When I woke up, I saw my grandfather and Nana. They were scared,” she says. “I asked grandpa: ‘What is wrong?’ They didn’t say anything.”

Nadia, Mimi’s mother, remembers it much more vividly. “At about 2am, the extremists of IS entered the village…
I saw their faces, they were terrifying. They were all dressed in black, shouting ‘Allahu Akbar’ [‘God is great’] from their cars. They were pushing people forward with their rifles.”

Fleeing at a moment’s notice

The family had to make a quick decision. They fled their home and their village, getting in the car with whatever they could grab. Nadia has horrible memories of Mimi and her other children crying and screaming. “They asked for food and water, but there was none,” she remembers. It was one of her worst moments as a mother.

After nine hours, they found a safe place to stay. What Mimi remembers is the feeling of security there. “We sat down, and Nana put some cartoons on TV so that we wouldn’t be scared,” says Mimi. “Nana and my grandpa and my mother were talking to each other. Later my father came to be with us as well. That made me very happy.”

Mimi’s story is an example of how Christian children are often caught up in persecution that affects their whole family. This sort of violence influences the direction of her whole life. It threatened her upbringing in a Christian community, her education, her friends and her opportunities to grow up in peace and security in the place her family know and love.

Returning to the Nineveh Plain

When IS were defeated in 2017, it looked safe for the family to the Nineveh Plain. In terms of violence, it was much safer. But the destruction caused by these extremists has a long aftermath. The economy and stability of the region were severely undermined, and it seemed impossible for Mimi’s patents to make ends meet. Her grandparents had already made the difficult decision to leave the country.

Help wasn’t forthcoming from the government. Officials even questioned why Christians would remain in Iraq, and gave no support to these communities. In fact, militias have been known to steal and use Christians’ land for years without facing punishment.

But Mimi’s family really wanted to stay. “It is my country. I can’t express this in words,” says Nadia. “We love this place. Surely, I hold on to my place. And I love to live in this place.” 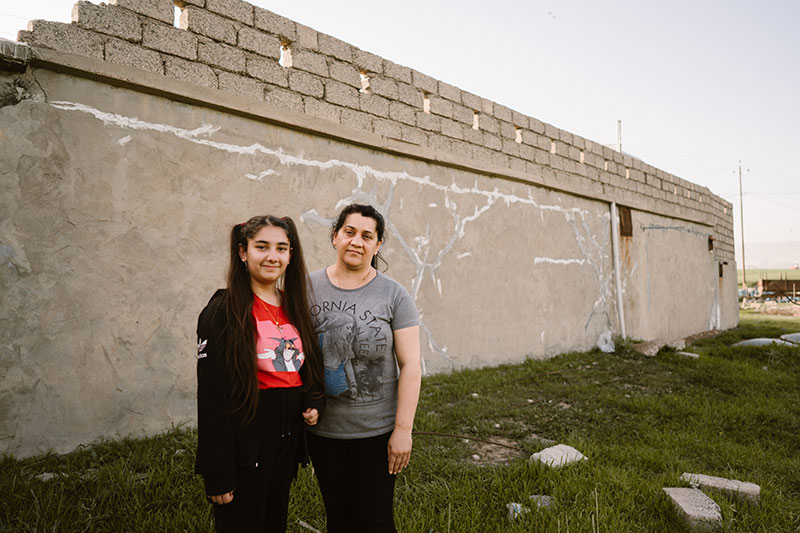 Image: Mimi and her mum, Nadia

Your prayers and gifts mean that the family can do just that. Local Open Doors partners were able to give them a microloan, so they could start a business and earn a living.

“We wanted to live in Iraq, but we saw no opportunities. We seriously contemplated emigration,” Nadia says. “Then we heard about the microloans and got the plan to start a farm. If God wants it, He will bless us to make it a success.”

Thanks to Open Doors supporters like you, Mimi now has a future in Iraq. The family now run a farm – with sheep and goats and, Mimi’s favourite, chickens.

Mimi’s family sell the eggs, and also livestock, and God has blessed the farm so much that they can sustain themselves and also help others around them. As well as offering employment to several locals, who can then support their families, they give away chicks to other vulnerable people, to provide eggs for their own families.

Forgiveness and a future

Despite the struggles and persecution they face, Nadia shows extraordinary grace: “I forgive those who harmed us because that is what Jesus asks of us. And surely enough, when God wants to enlighten the heart of a person, He will, no matter what he has done.”

With your support, 276 families are currently benefiting from microloans in Iraq – as well as the people they’re able to support with employment and generosity. Many more have already been paid off. Your prayers and gifts mean many Christian families have been able to stay in Iraq – but the ongoing situation means that many other families still need this help today, in order to stay.

With your support and your prayers, those who want to stay and be the salt and light of Iraq will have the means to do so. 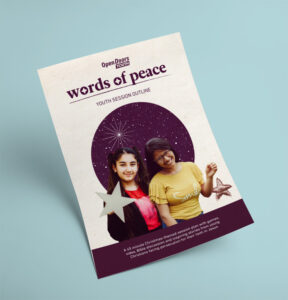 1. Get our free Words of Hope Christmas session outline and share Mimi’s story, and other stories, with your group during the festive season.
Download for free now…

2. Give. Every £22 could give a month of education to a child impacted by persecution.
Make a donation here…

3. Get our free World Cup prayer wall chart and pray for Christians facing persecution from countries in the tournament.
Order yours here…

4. Learn more and pray: Get our free glow-in-the-dark World Watch List Map and find out more about the places where faith costs the most. Get your map here…