Football didn’t come home this summer (boo), but there’s still some good news to be had. Noeh, the young teenager from Iraq who’s story we’ve been sharing over the past few years, is going home! After fleeing his village as IS fighters approached in 2014, Noeh and his family have been displaced, but finally, the work to restore their home is finished! 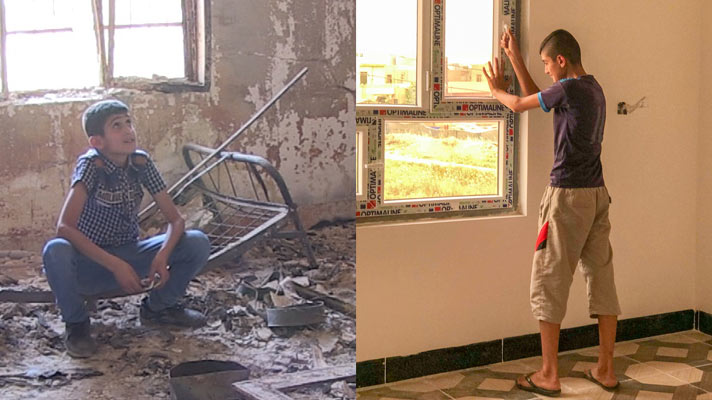 On the night of 6 August 2014, Noeh (eight years old then) had to flee with his family from the tiny Christian village of Karamles, northern Iraq, as fighters of the self-proclaimed Islamic State (IS) advanced towards them.

The family fled to Erbil, 50 miles south-east of Karamles. Village priest Father Thabet managed to keep most of his group together after they arrived in Erbil. The families were supported by an Open Doors partner in Iraq, who gave them food and other relief items, as well as offering them trauma training, activities for women, and other church events.

When IS fighters finally left Karamles at the end of October 2016, they wanted to leave behind the ugly, black memory of their presence, and they burned 446 houses, including Noeh’s. Fire destroyed almost everything inside; only the walls, ceiling and roof survived the heat.

Some might say this family was lucky compared to the 97 families in Karamles that saw their houses completely destroyed during the war against IS. As with so many other families, Noeh’s family needed a lot of patience before they could return. 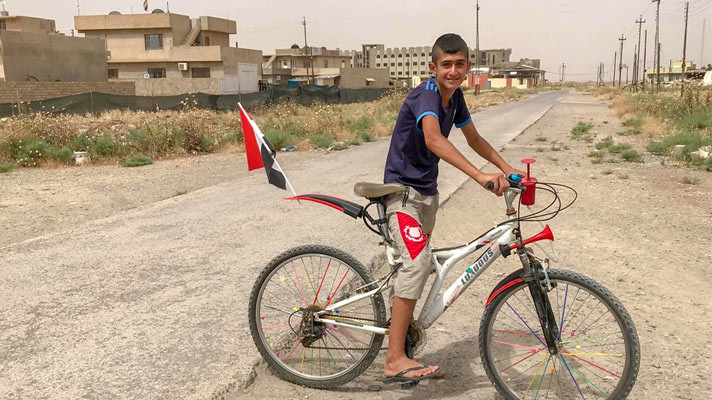 But this family had a holy determination and the conviction to return to live in Karamles. Not long after the village was freed, Noeh standing on the flat roof of their damaged house while, in the distance, Mosul was still being bombed said: “We want to return home. We thank those guys and anyone who is helping us. I do want to return; this is our land.” That big longing of Noeh and his family, and the conviction that God was leading them, is now becoming a reality: the family expects to return to live in their renovated house later this month.

Your support and prayers have enabled Open Doors local partners to repair 944 homes in the Nineveh Plain – that’s 944 families like Noeh’s who have been able go home and begin to rebuild their lives, thanks to their global church family. Thank you!

Many of our courageous brothers and sisters are choosing to stay to serve their communities – but they need the long-term support of their global church family to keep going, and rebuild hope for the future. Just £15 could go towards setting up a family in employment or helping them open a small business.