Jesus known in the heart of Islam

The Arabian Peninsula is home to some of Islam’s most holy places and most strict regimes. It is not an easy place to follow Christ, and yet God is moving in miraculous ways. Both foreign workers and locals are learning to know Christ and follow Him, despite pressure and persecution.

“When I started working in Saudi Arabia, I didn’t expect to find any churches, but I did,” shared one Christian labourer from Asia. “I found out there are vivid and lively migrant churches in Saudi. The church I went to was fully soundproofed and literally under the ground. But we were able to worship God.”

Another foreign worker, active in supporting local Saudi believers, has seen the gospel become more accessible to locals through TV, internet and smartphones in the last few years.

“Importing Bibles may still be illegal; they can easily access the Word of God online. Satellite television and the internet are bringing down walls that have been limiting the gospel to access this country for centuries.”

The number of Kuwaiti nationals leaving Islam to accept Christ is growing. One Christian worker said that even some police, who were tasked with keeping the different religions in line, are now following Christ in secret. Government pressure on believers is moderate in Kuwait, as long as they don’t draw attention to themselves in public. But they do still face challenges.

One church leader said. “It seems that, now persecution from the outside is not a success, Satan tries to attack the church from within by turning leaders against each other.”

Another pastor explained how money is a challenge for believers, “Making as much money as possible is a key goal in their lives. This can distract them from putting God first.”

Government pressure and control on believers is very high in Qatar. There are numerous Christians from many countries working in Qatari companies—from manual labourers to highly educated professionals.

“Christians are everywhere. In every company, doing every type of work, they are able to shine their light,” a local leader said. Formally, expatriate churches are only allowed to build in a certain area. But most migrant churches can’t cover the costs for a building there, so they try to meet in homes. Many migrant workers live in labor camps in Qatar, and the only way they can get to church is if someone drives them. Without public transport, many churches spend a lot of resources on transportation. 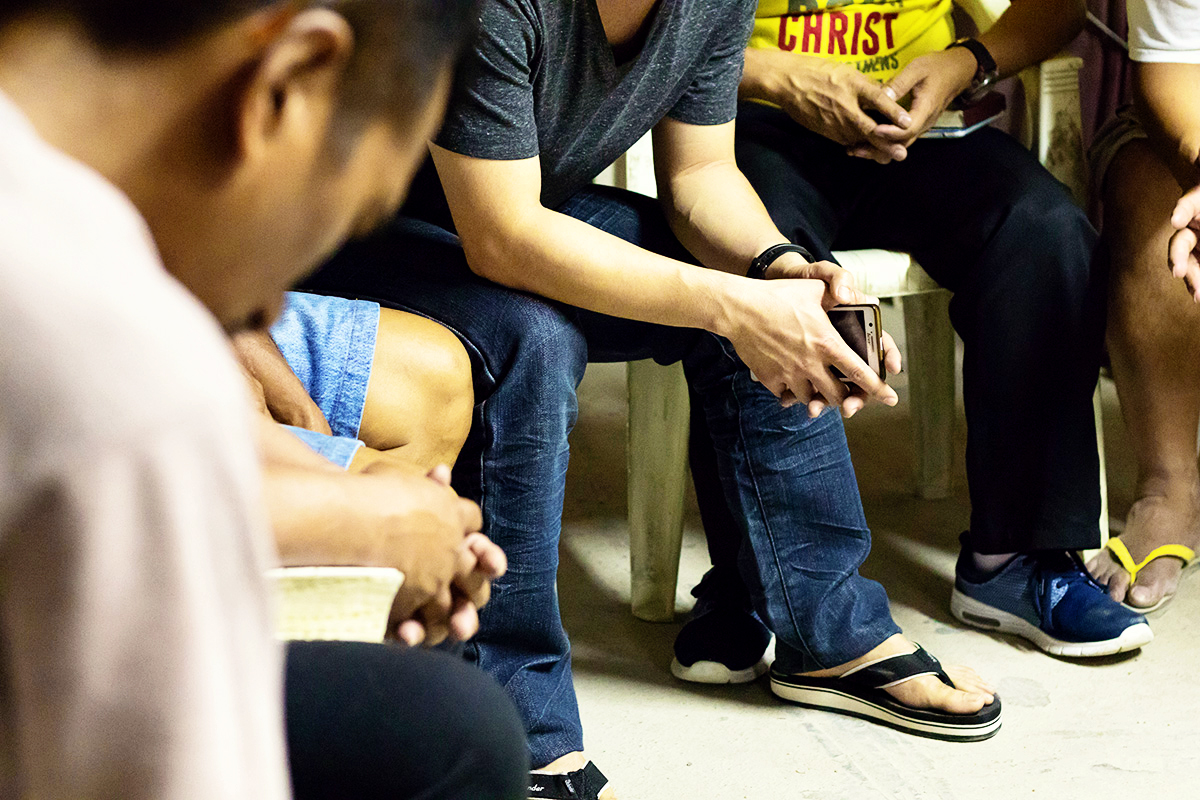 Image: Workers at a house church meeting in Qatar

Several believers involved in Christian witness paint Oman as a deeply religious country. There is a lot of spiritual conflict and oppression in this country. Believers experience many barriers when sharing the Gospel; “People are very friendly and seem to be open to the Gospel, willing to listen and exchange ideas. But to actually take the step to commit to Christ is very difficult for many of them,” one worker said.

However, in the midst of that darkness, God is doing amazing miracles, “Eighty percent of the Omani believers come to Christ in a supernatural way, through dreams and visions,” shared a Christian living in Oman.

This article is an adaptation of a blog piece originally posted by our friends at Open Doors Australia.