A church community in Kyrgyzstan have restored their church after an arson attack at the start of the year. Forty members of a Baptist church in Kajisay – a small town in the Issyk-Kul region that borders China – feared for their safety when attackers set fire to their church on 2 January. They were told by police that the attack was ‘organised by those who don’t like your church and Christianity in the midst of a Muslim country’.

Yet despite the threats and extensive damage, the churchgoers kept coming every Sunday to worship God in their burnt-out building.

“The ‘enemy’ wanted to frighten us through that fire, but it didn’t work,” said one of the members. “The Christians of Kajisay started to meet for prayer, worship and Bible study more often than before, even though it was very uncomfortable in the burned building.”

They also worked hard to clean and repair their building – a renovation which was partly supported by Open Doors.

“Thank you all, dear brothers and sisters, for your love, care and prayers – we could feel them all this time!” said one of the pastors. “Thank you for opening your hearts to offer money and support us in our trouble – it made the renovation of our church possible and very fast! We have almost done it and we are so happy about this! May God bless you amply!”

The works inside of the building are already finished: now they are waiting for warm weather to complete the outside work.

‘God knows who it was’

Many Christians in Central Asia have to live with such threats of violence and destruction. And often, the perpetrators aren’t brought to justice.

The police initially started an investigation; but seemed more concerned to ask the church leaders who gave money towards the purchase of the building, how many Kyrgyz people are members of the church and why they choose to attend a church rather than the mosque. As one of the local Christians said, “We don’t believe that the police will find and punish those who burned our church, but we bless those people anyway and pray for them. God knows who it was.” 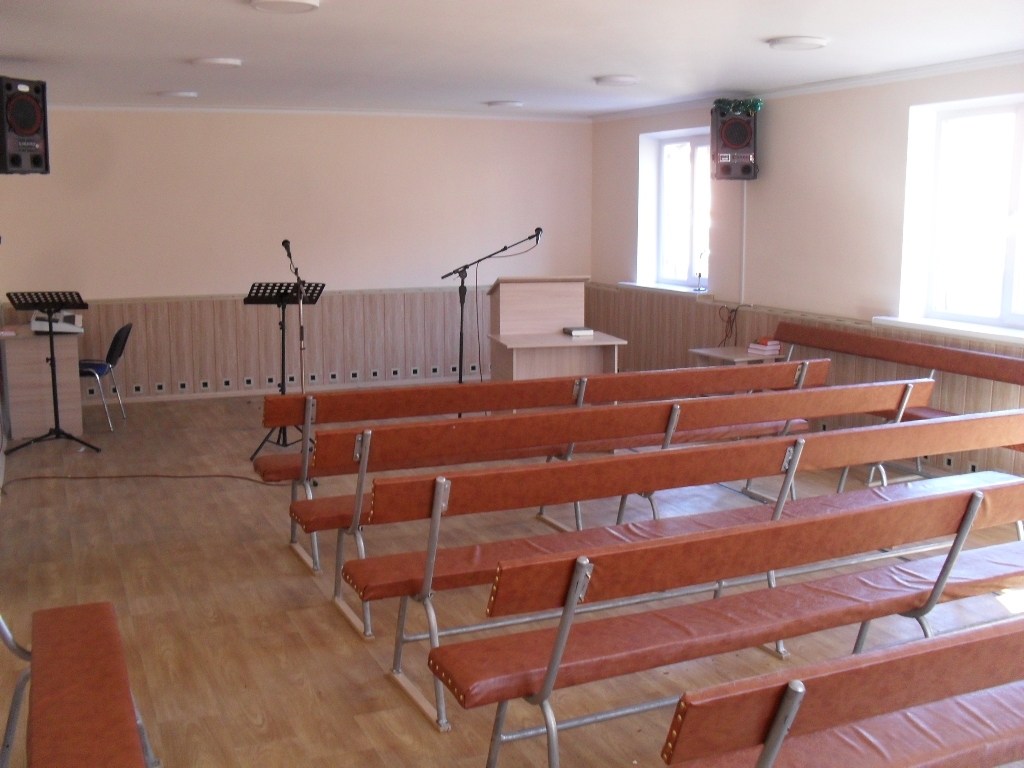 How the church now looks after being restored.

Where did this happen?