Laos: 26 Christians kicked out of their homes

In three different incidents, a total of 26 believers from northern Laos have, in the last 12 months, been excluded from their communities and expelled from their villages for choosing to believe in Jesus.

13 believers (two families and two young people) from the Akha tribe were kicked out of their homes by the villagers in northern Laos in mid-July 2021 after refusing to renounce Jesus. Prior to their eviction, the believers were warned that if they didn’t deny their faith, their properties would be destroyed, and they would be forced to leave the village. 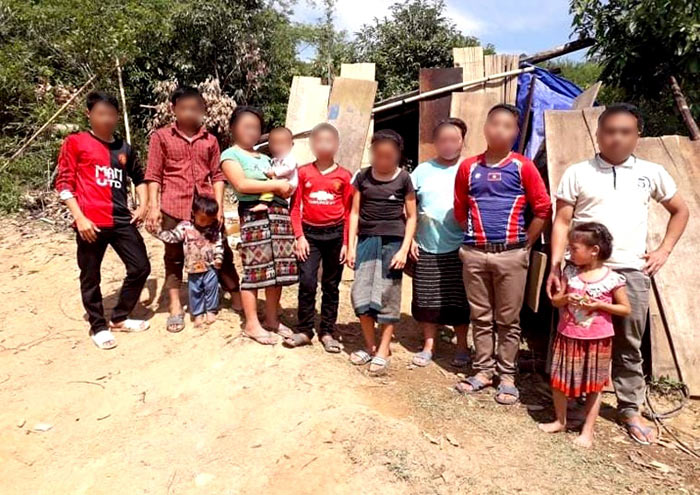 Image: The 13 believers (their faces have been obscured to protect their identities).

When the believers refused to give up their new Christian faith the village chief and the village guard encouraged other villagers to destroy their houses. With heavy hearts, the believers left their community.

The provincial police rushed to the believers’ aid after finding out about the incident. The police encouraged them to return to their village and promised to settle the matter with the village authorities, but they were met with strong opposition. The village chief and some of the villagers refused to take the believers back in.

For weeks, the believers had to stay at a nearby school until the police told them that they could no longer help them as the village chief is firm would not allow them back in his village.

The 13 believers are now renting an apartment in the centre of a local town. However, when the authorities learned that they were Christians, the owner of the property was made to pay extra fees and taxes, which resulted in a raise in the rental fee. This made it even more difficult for the believers to provide food for their families.

Meanwhile, three other families in different areas in northern Laos were also expelled from their homes last year because of their Christian beliefs.

Two Hmong families were displaced in May 2020. They had to live in makeshift tents on a roadside. A year after being expelled from their village, in May this year, the two families were able to move to a village occupied by Christian families who were also kicked out of their own villages. As their savings were already spent, the two Christian families managed to borrow money from a local church to start a new life in the village. Open Doors local partners also helped to build toilets for the community.

“It is a sad reality for these 26 believers that many non-believers in northern Laos still despise Christians and do not hesitate to expel them out of their own homes because of their faith in Jesus. Many of these believers still struggle with the fact that they were kicked out, yet they continue to stand firm in their faith. It is also their desire that people from around the globe would encourage and pray for them”.