In under one month, 3 Christian believers have been arrested in a province in northern Laos. Saengchan*, a father of five and a pastor, was arrested in August after other influential people in in his village had been threatening him because of his faith in Jesus.

Saengchan and his family were excluded from joining community celebrations as the other villagers did not want to be associated with them. Christians in their community were treated as strangers.

But the village chief said the opposite, claiming to the police that the family were destroying the unity of the village by refusing to join in community celebrations. Days after, Saengchan was apprehended and detained.

The police said, “We are not going to put him in jail yet. We are taking him to the police station and train him. We want to educate him how to be in unity and build relationships with his neighbors. He will be trained for at least three to six months before we release him.”

At the start of September, Saengchan’s brothers, Sithat* and Sombaht* were also arrested. A local Open Doors partner said: “The three of them love to go around and share the Gospel, this is why they were captured.” 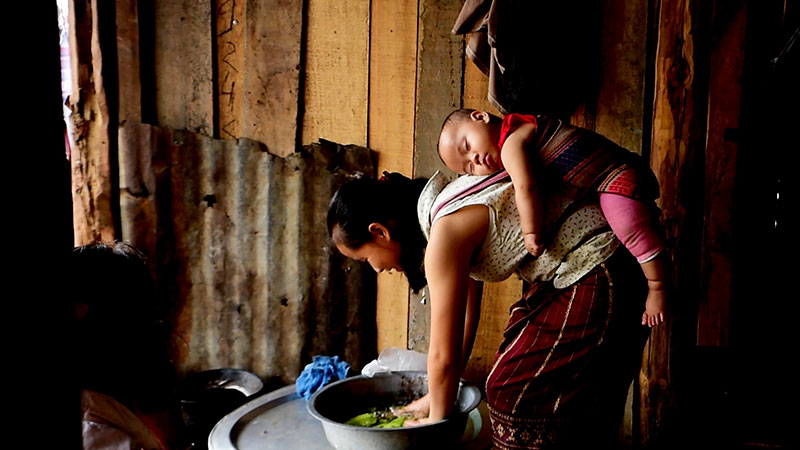 Image: In rural Laos, a mother washes clothes while her baby sleeps

After their arrest, some government officials were seen going in and around house churches questioning believers and confiscating Bibles. One was heard saying: ‘I will throw you all in the jail like Saengchan and two others if we find any of you sharing the Gospel.’

Open Doors local partners have reached out to the families of Saengchan, Sithat, and Sombaht. They were provided with food, clothes, and money that will help them keep their children at school. Their wives are also able to visit the three believers in jail taken them meals each day (the prison won’t supply food for inmates).

Could you get sponsored to choose to lose something you love for a short time to raise vital funds for Christians like Saengchan who have lost their freedom because of their faith in Jesus? Sign up and we’ll send you an awesome fundraising pack in the post!