Laos: Sent to prison at just 14

Soy (not her real name) is a 16-year-old student from southern Laos. She became a Christian after her older sister chose to follow Jesus. Just two years ago, when she was 14, she was imprisoned for her faith along with 14 other believers. This is her story…

“The moment they put us in the van, I felt so scared. I did not want to go to prison. I was afraid they would not release me from there.” Soy had only just become a Christian when the police put her in jail. She was the youngest among all the prisoners in the entire facility.

When they arrived, the police told her to stop being a Christian: “They said, ‘If you stop, we will let you go home.’ So, they handed us a piece of paper to sign agreeing to deny our faith, but none of us signed, so they locked us up.”

‘Jesus can protect you’ 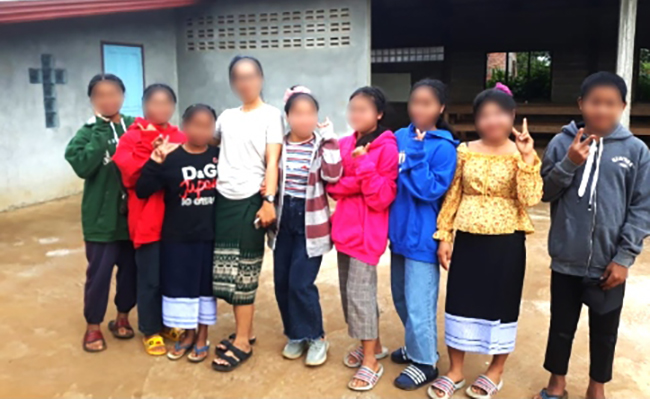 Image: Soy (in the yellow and black dress) and other students from her new school

Soy became a Christian after leaving the traditional religion her family and village followed. As part of that belief system, Soy was told she would be offered to an evil spirit. Her and her sister had been through the same traumatic experience, but when she became a Christian, she’d found peace. Soy knew she needed to make the same change in her life:

“After I accepted Jesus Christ, I felt like a normal person. My heart and soul were completely healed! However, my happiness was crushed because of harsh persecution. My friends and my nonbelieving cousins hate me and say mean things to me.”

Abandoning the village’s religious beliefs and practices came at a huge cost for Soy, especially when her parents and other siblings became Christ followers too. Outside of her family, almost everyone Soy loved started to reject and mock her.

“I do not know why they hate Christians so much. At that time, we were building a house. While working, people would pass by and laugh, mock, and harass me. ‘Stop building that house. You are a Christian! Soon you will be forced to leave this village, our place does not welcome Christians. You don’t belong here, stay where Christians stay!”

Soy and her family would go to church in a small hut in the middle of a rice field. After meeting undisturbed for over a month, the local village chief came and told them to stop. When the church kept meeting, he reported the church to the police. The following week, the church was raided by the police and the village chief who demanded that the gathering stop and that those present should deny their faith.

The group refused: “’We will not stop believing in God and worshipping Him. If you want to arrest us because of it, go ahead and do it.’ That’s what we told them.

“The police and village chiefs waited until we finished our service. When we finished, we prepared food and drinks for them. As they finished their food, a van arrived carrying more officers. They surrounded every corner as if ensuring that no one could escape.

“They invited us into the vehicle and said, ‘We will take you to the school nearby so we can talk about your situation, then we will let you go home.’ But they lied to us. They took all 14 of us straight to the prison in another province.”

Soy was worried and scared, but her aunt, who was imprisoned with her, said, “Do not worry, we will be fine because we did nothing wrong; they will release us soon.”

The peace and confidence in her aunt’s words comforted Soy. Soon, they started sharing the gospel to the other prisoners in their cell.

And her aunt was right; but Soy still had to spend six days in prison.

‘We do not want this religion to spread…’

“On the morning of our sixth day in prison, the police officers brought us out in pairs to pressure us to sign the documents to deny our faith. I went out with my aunt.

“They said, ‘Christianity is not a good religion so stop practicing it. We do not want this religion to spread in our area! If you sign this document and agree to renounce your faith, we will let you go home today.’”

But no matter how much they pressured Soy and her aunt, they boldly refused to sign the paper. And the unexpected happened. “One hour later they took the documents away and handed us our release papers. We went home that day.”

All 14 believers, including Soy and her aunt, were released that day. Their strong faith in God gave them the courage to withstand the pressure to abandon Him – and God proved Himself faithful. 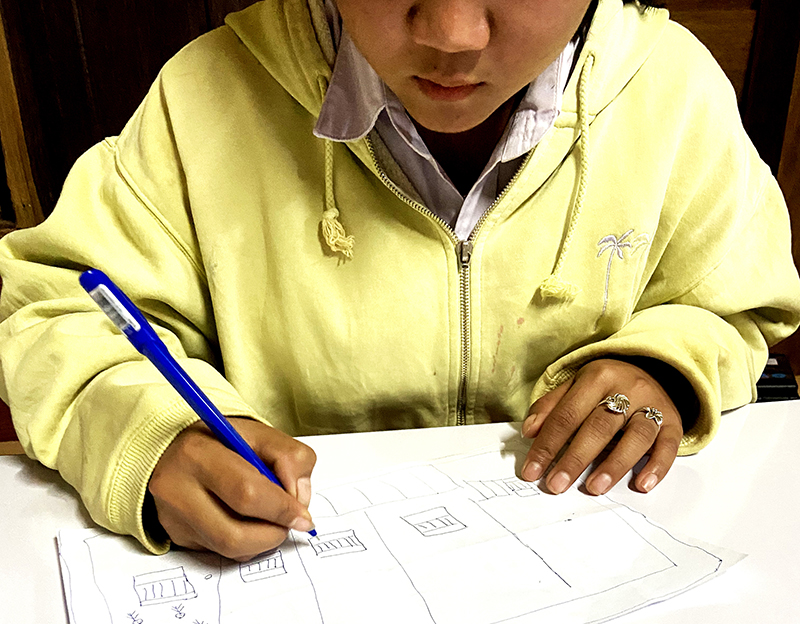 Image: Soy at her new school

However, the joy of her release from prison was cut short when Soy arrived home.

“The villagers gave me strange looks. For days no one wanted to talk to me. They were disgusted at the sight of me. When I went to school, the teachers ignored me and did not give me any homework. They acted like I did not exist. My friends became my bullies. I felt scared, hopeless, and lonely.”

Eventually, Soy moved to the city to continue her studies, far from her home and away from her family. But there she found a new community that supports and loves her.

In the city, she met Sanguan*, a pastor who, thanks to the support of Open Doors local partners, looks after students who are either poor or persecuted by their families or communities because of their faith.

“I’m so grateful for the help I receive from Pastor Sanguan who always cares for me and supports me. He gave me a home and friends. There are many young people who also come to stay in the church to study like me. I don’t feel alone here.”

Thanks to your support, Soy is finally finding a safe and caring community.