Laos: ‘When we were in prison, our faith became stronger…’

Harassment, isolation, and imprisonment are just few of the things a tribal believer in Laos may experience once he trades his old life for a life with Jesus. In the remote northern part of the country, Saengchan*, Sithat* and Sombaht*, three Christians from the Akha tribe experienced all of these. They were accused as traitors, treated as strangers, and imprisoned for more than three months in 2020.

Saengchan is a pastor and a father. He was arrested in August 2020 for continually believing and preaching Jesus despite the accusations of the village chief and his community that he was ‘breaking the community’s unity. Two days after, Saengchan’s brother Sithat was at a local market buying medicine for his daughter and food for Saengchan when he was also arrested.

Two weeks later, with little news of Saengchan and Sithat, then their uncle, Sombaht, a Pastor from another village went to the police station to ask about his nephews – later that day, he was arrested too. 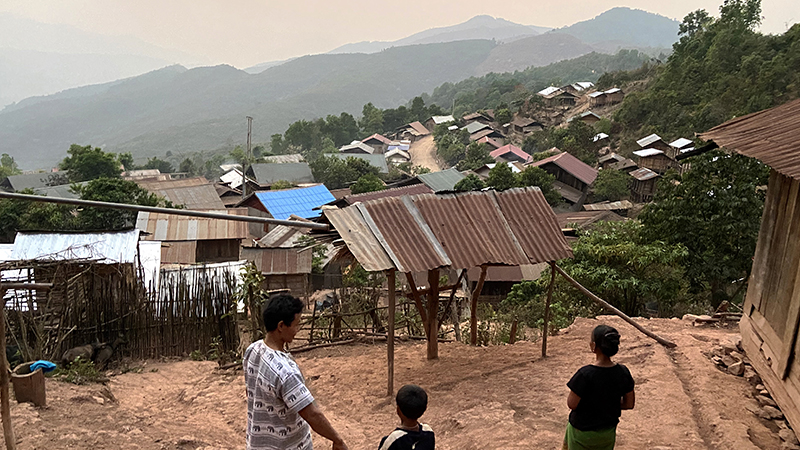 Image: Sombaht with his sons in a local village

Why did this happen?

In the area where Saengchan and Sithat lived, opium is a key crop, and key source of income. It’s a drug that is used in traditional religious practices in Laos, but it’s also really addictive and can destroy lives. Both Saengchan and Sithat had become addicted to the drug, but through the actions of some local Christians who were helping people get free from addiction, they both gave up using opium and found healing in Jesus. Many others saw the change in them and also chose to become Christians, finding freedom from addiction too.

You’d think that would be all good, but in reality, it meant those who grew and sold the opium crops were no longer selling as much, and therefore making less money. The growing number of Christians were therefore excluded and harassed – they are seen as a threat to traditional beliefs, but also to the income of some local powerful people. 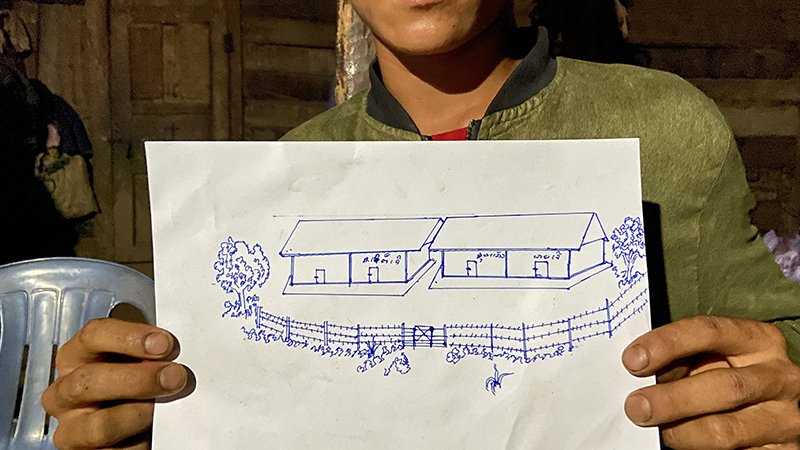 Image: Caija*, son of Saengchan*, shows his drawing of the facility where his father was imprisoned.

The three Christians were placed in the same prison, but in different tiny cells. They weren’t told how long they’d be there, and food was scarce. But faith was growing, as Sombaht shares:

“When we were in prison, our faith became stronger. We always pray to God and seek Him above all. I felt that I had more faith in Him that when I was outside of prison. I realised that I have loved God more and I needed to be more patient. God redeemed me from my sins and he will also redeem us from jail”.

While the three believers were still in prison, Open Doors local partners ministered with their families by encouraging them through prayers and practical aid. Their families were provided with food, clothes, and other needs.

And after three months, in November 2020, the three were released: “Because the authorities did not find us guilt of anything, they released us. With our church’s help who lobbied our case to the higher court, and through your prayers and financial support, we were freed from jail,” says Saengchan.

Sombaht continues, “Even when I was in prison, I felt I was not alone. I felt your prayers. I cannot also thank you enough for being also with our families, our children when we couldn’t provide them practically. Thank you for praying with us then and now.” 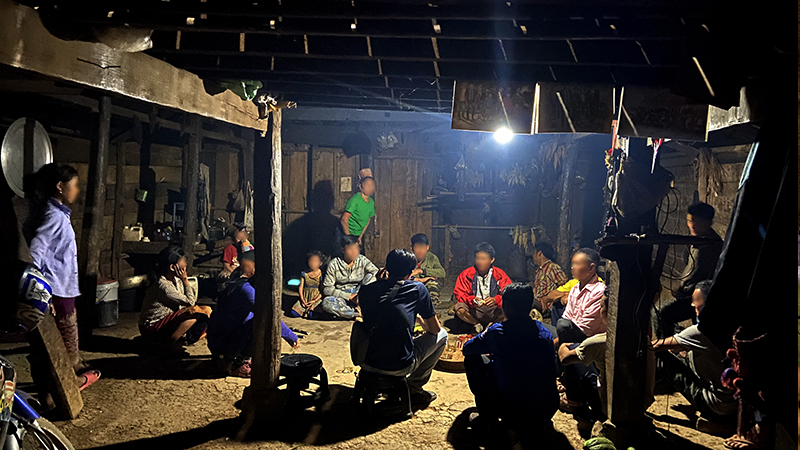 Image: Local Christians from the Akha tribe gather for community and worship

Now, Saengchan leads a church of eight families (52 members) in his village while Sombaht pastors 13 families (67 members) at his house church – and their situation seems to have improved.

“Our village chief and the community treat us better now. I don’t know for how long this will last but the situation has already changed. It is very different now. Persecution has decreased from before we were imprisoned,” Saengchan says.