Laos: Why does this always happen?

Inthy, Chamchai and Kikeo live in a staunch Buddhist village in Laos where belief in another religion is not just frowned upon; Christians are considered un-patriotic traitors and disrupters of the peace.

Chamchai is a farmer, her husband Inthy, a man with a bold faith, has been arrested three times for speaking about his faith. They have nine children, including Kikeo who is 17.

Chamchai shares about the last time Inthy was arrested. Some friends had phoned to say their son had tragically died, so Inthy had gone to comfort them and help them prepare for the funeral. Whilst with his grieving friends, Inthy was asked by the village chief to go with him to the police station. He did, and was arrested. He was held for six months with no charge. 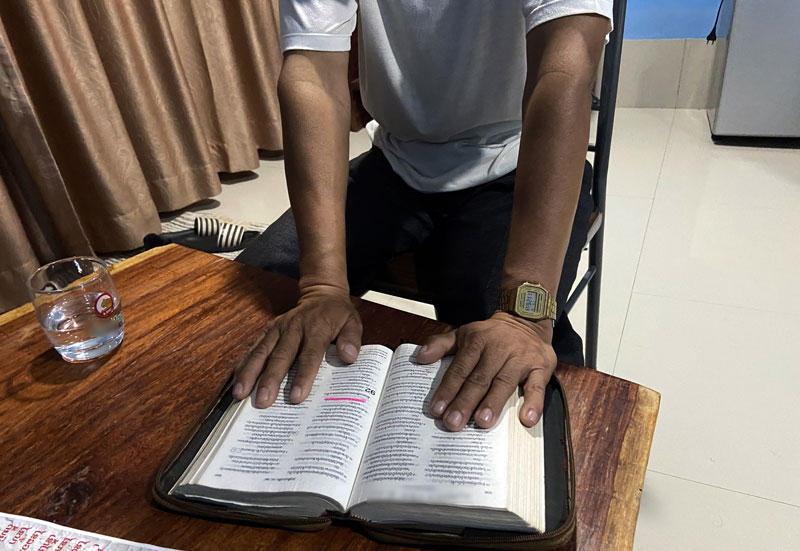 Image: Inthy with his Bible

Chamchai shares how she felt: “Why does this always happen to him? I was so sad and worried… every time he was in prison they treated him horribly; he was once forced to sleep on the ground in a filthy washroom for a month and had to shower with mud water, and they never let him go out for a walk. They would keep him locked up like that for a month because they said he committed serious political crimes. This was all too much for me.

“I don’t understand why they keep doing this to him. Why can’t they let him be and let him live in peace?”

In his third imprisonment, it was only after two months that Chamchai was allowed to see her husband.

“When I saw him, I wept. He was so pale and skinny. My husband said, ‘I fasted every day and only ate one meal a day at dinner time.’ He said he was praying and fasting ‘for his freedom.’”

Chamchai shares that while her husband was still in prison, she and her family had to deal with unpleasant treatment from their non-believing relatives. “They would ask me why I had to stand firm and believe in Jesus Christ when all it did to us was lead to suffering and persecution. They said, ‘Look at what this faith did to you and your family. Renounce your faith so that you can live peacefully.’”

But Chamchai was firm in her resolve. “I told them I will never abandon my faith because only Jesus Christ can bring me joy and happiness. Nothing can change my mind about my faith now. I will continue believing in Jesus; I will follow in God’s footsteps and will trust in him and him alone.

With a joyful expression on her face, she continues, “I am thankful to God for answering our prayers, since he was finally released after six long months. When I went to the prison to pick him up, I was so happy and so emotional when I saw him; I was crying loudly, my eyes were filled with tears.”

Chamchai said God hears and answers prayers and she is grateful that a bigger family of believers supported them and prayed for them and with them, too. Because of your support, Open Doors local partners were able to minister to Chamchai and her children by providing them spiritual care and support, as well as financial assistance while Inthy was still in prison. 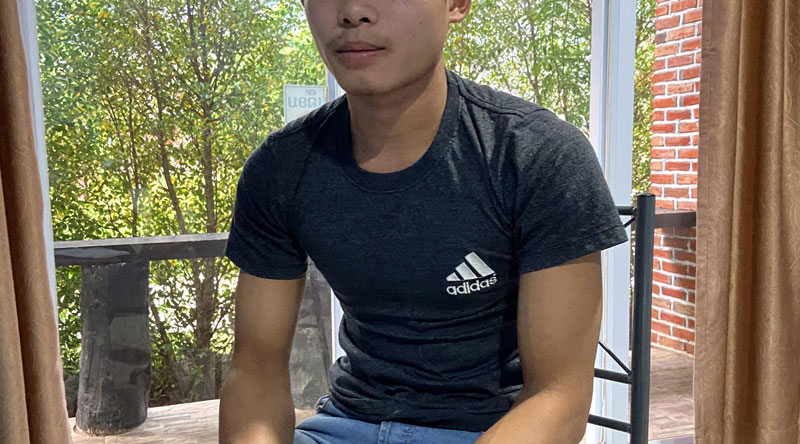 Image: Kikeo shares about his dad

Kikeo, 17, is the seventh son of Chamchai and Inthy. He spoke about how he looks up to his father and has confidence that God will take care of him no matter what. “Each time my father came out of prison, he proclaimed the word of God more strongly. I am a witness of a growing number of believers. Right now, there are seven villages that my father is providing spiritual support to… To me, my father is my hero.”

“God always looks out for his children; he always does. He did it now with my father the first time, and he will continue to do so in the future. I feel that God is always with us. Even during my father’s absence, God gave my mom the strength to support the family so that we would never go hungry.”

The main image is of Chamchai. We can’t show her full face for security reasons.