“The Lord gives me joy in my heart despite my struggles,” says Subhash*. He doesn’t say that lightly – Subhash has been imprisoned and is facing several false court cases because of his preaching about Jesus. But despite the challenges he faces, he says, “I have only one concern… that I will not be able to carry on the ministry like before. It’s painful to even think about this possibility.”

Subhash became a Christian after his wife was healed when a pastor prayed for her. He says, “My pastor taught me that whenever I see someone who is sick, I should pray for them in faith and they will be healed. So I prayed for many sick people. They experienced healing. Seeing so many miracles, more people started coming to me, wanting me to pray for them.”

Subhash soon started conducting meetings in and around his village to preach the gospel and pray for the sick people. “When we gathered for special meetings sometimes over 3,000 people turned up. I prayed for the sick and they were healed.”

However, some people became jealous of the attention Subhash was receiving. He says, “There were even very rich people who used to come to my shabby hut in their big cars; they wanted me to pray for them. They would treat me with respect. People envied me in all of this. They were extremely irritated by the fact that I was preaching about Christ.” 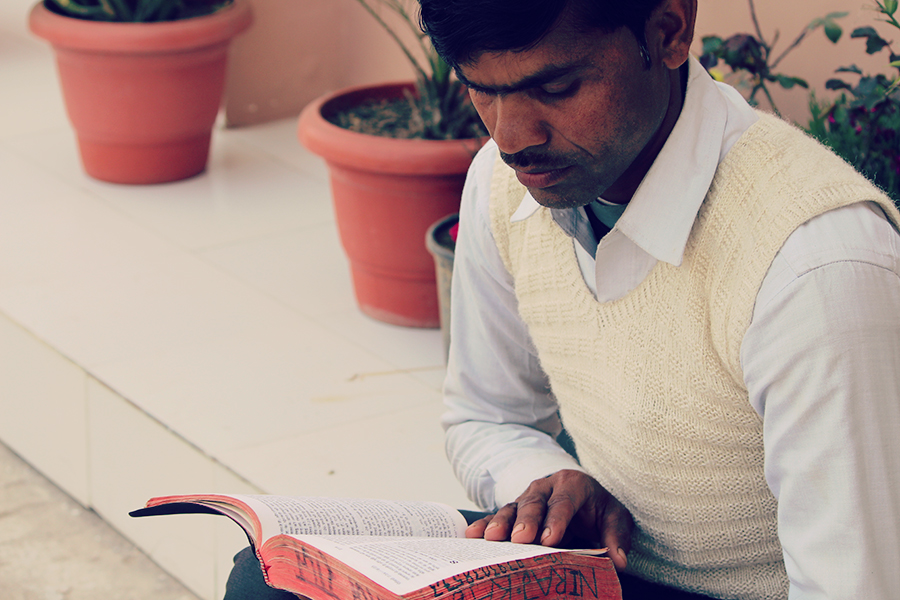 God used me inside prison

Because of this, various false charges have been brought against Subhash. He said, “The first one accuses me of tricking people, the second says I am a gangster with the capability of instigating a mob against the government. The other cases accuse me of kidnapping a girl, rendering her unconscious and torturing her.

“I was arrested. I angrily complained to the Lord in the prison, but the Lord reminded me the names of His servants who had been persecuted for the sake of the gospel. I prayed continuously and couldn’t eat any food for five days. I would pray the entire night. The guards would hit me often and ask me to eat my food, but I could not eat.

“God used me inside the prison. I shared the gospel with twelve other inmates. Eleven of them believed, so I taught them how to pray. On the tenth day, the Lord gave me a vision that I had been released. I started telling all my inmates, ‘You all will witness how the Lord will release me today.’

“They told me that the charges against me were so strong that I could not possibly be released for another three years. None of their doubts affected my faith. Instead, I told them to pray for their release also, and that God could release them too along with me.

“The Lord answered all my prayers, I was released and so were my eleven other inmates who believed. I am so grateful that through local people Open Doors provided timely support and bailed me out.”

Open Doors local partners are continuing to support Subhash as he fights the false charges brought against him.

Persecution against Christians in India