Morocco: My father would kill me

“I am so afraid that my parents will find out. My father would kill me.”

Nadeen* is a young secret believer from Morocco. When she says her father would kill her if he found out about her hidden faith, she’s being deadly serious. 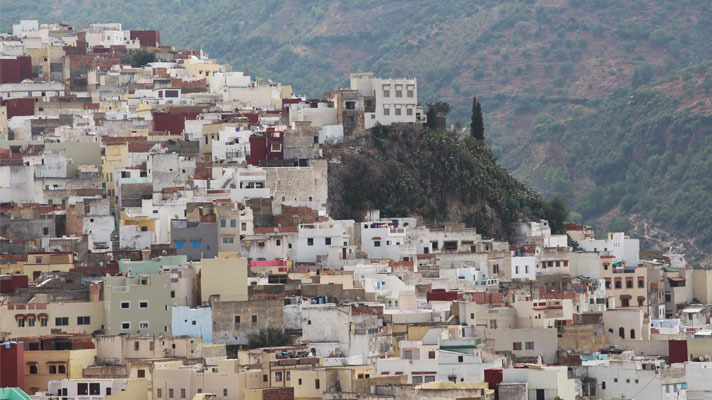 Image: A town in Morocco.

Nadeen is a 21-year-old student from a Muslim family, who came to faith after meeting another Christian. When she first decided to follow Jesus, she told her family straight away. “My family was very angry with me, and my father beat me when he heard it,” she says.

So now, she pretends that she is still a Muslim. She wears a hijab, following the traditional interpretation of Islam of her parents. She doesn’t go to church on a Sunday. But she continues to follow Jesus in secret – despite the risks.

“Thank God, I found a way to meet with some other Christians on another day in the week. We organised that in a way that my family doesn’t get suspicious,” says Nadeen.

Nadeen’s story is just one of many. Colin*, an Open Doors worker who coordinates our work in some parts of North Africa, explains, “Moroccans are considered, by default, to be Muslims. Converts are seen as ‘infidels’, betrayers of the religion of their parents.

“Of course, some conversions are accepted by the family, but in general the family wouldn’t speak with the outside world about the conversion, as they consider it a shame.

“Other families don’t accept the conversion, like Nadeen’s family. Their families threaten them, turn physically violent, and do everything they can to make their children return to Islam.”

When converts reject returning to Islam they are sometimes expelled from their family and their home; they could lose everything. “Nadeen says that her family might even kill her, and she is being serious about that,” says Colin.

Nadeen has a hard life as a secret believer – she lives in constant fear that she may be discovered. But for now, this seems to be the only way that she can follow Jesus. And she isn’t alone. Nadeen is connected to a little house church, and she is being discipled by the couple who lead it.

Your support and prayers enable Open Doors to work with house churches like this one in Morocco, to support believers like Nadeen – thank you so much.

On 16 January we will be launching the 2019 World Watch List in Parliament, helping our leaders to understand the extreme persecution facing Christians around the world. If you haven’t already, please invite your MP, and help them to find out how they can support international freedom of religion or belief.