Mozambique: Nun and others killed

An 84-year-old nun and at least five other people have been killed in a series of attacks by so-called Islamic State (IS).

On 6 September militants attacked a mission organisation in Chipene, Nampula Province, killing Sister Maria De Coppi, an 84-year-old Italian nun who had served in Mozambique since 1963. Sister Maria was hit by a bullet in the head as she tried to reach the dormitory where a few remaining students of the mission school were present.

The attackers also destroyed the surrounding buildings belonging to the mission, including the church, the hospital, and the primary and secondary school.

IS has claimed responsibility for the attack, saying in a statement that its militants ‘killed four Christians, including an Italian nun’ in northern Mozambique.

At least six people have been killed since 3 September in attacks in Cabo Delgado and Nampula.

Chipene is located near the Lúrio river that forms the border between Cabo Delgado and Nampula. Until recently, attacks have occurred mostly in the Cabo Delgado Province, but analysts are noticing that the violence is spreading further south. The increasing attacks are causing whole communities to flee their homes and go into hiding.

Inacio Saure, Archbishop of Nampula, said, “In reality, jihadist groups continue to operate in Cabo Delgado too, but in our province the assaults have forced the population to flee. We do not know how many people have sought refuge in the forest. It is a terrible drama and still difficult to quantify.”

Open Doors’ spokesperson for the region, Jo Newhouse*, commented: “The insecurity has caused massive disruption of the private and church lives of Christians in this region. The displaced are not only struggling to make ends meet daily, but they do so while struggling to come to terms with the brutal violence they have had to witness. Our brothers and sisters affected by these harrowing realities need fervent prayer to remain firm in the faith.” 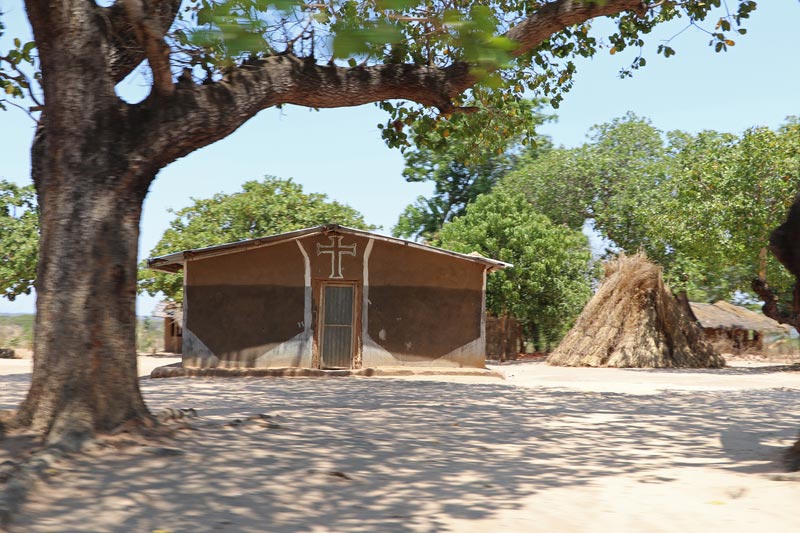 Image: A church in northern Mozambique

“The violence is placing the social cohesion between people of different faiths that Mozambique has been known for under immense pressure,” she continued. “To prevent a cycle of distrust to take root, as it often does in situations like these, the international community should not give up on supporting the government in its efforts to address the circumstances and that create opportunity for this insurgency, and its root causes. This will require an holistic approach that goes beyond a mere military solution.”

Mozambique only entered the World Watch List Top 50 last year, at number 45, and has risen several places this year. This is largely because of an increased number of attacks and pressure, particularly in the north.