Christians in Nepal are facing increasing persecution because of their choice to follow Jesus. The threats are largely from Hindu extremist groups, though the government has also introduced anti-conversion laws, meaning it’s illegal to try and convince people about the truth of Jesus.

An Open Doors partner says, “Any Christian talking about Christianity can be falsely accused of conversion activities now. This has happened several times.”

This persecution has included the destruction of Batase Prayer Tower in June 2019, as reported by another Open Doors partner: “The church leaders had permission from Forest Ministry officials before building; permission was granted and a church was built. But the authorities destroyed it suddenly, without any prior notice. They didn’t even allow anyone to take pictures or videos.”

In late June, representatives of the Shiv Sena Nepal political party forcefully entered Ananda Ban Hospital, which is run by a Christian NGO called The Leprosy Mission. The leader of Shiv Sena, Manoj Sapkota, falsely accused the hospital of converting people to Christianity in exchange for free treatments. Some 30 Bibles were burned and the hospital staff are now fearful of further attacks. 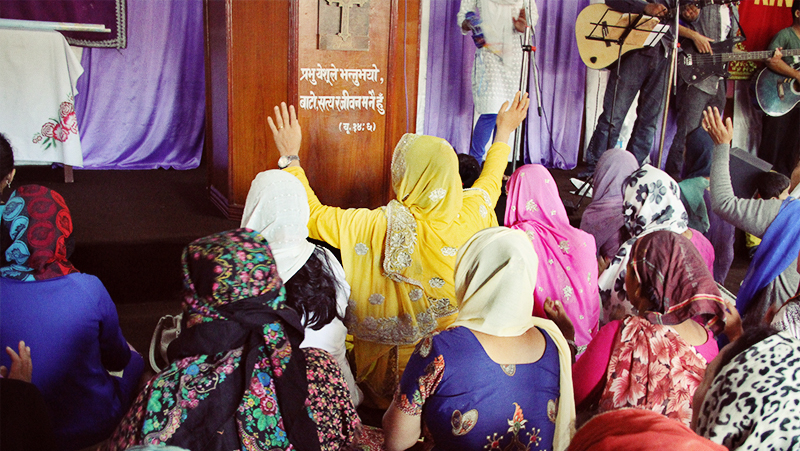 But, despite this pressure, Christianity in Nepal has been on the rise over the past decade. A major change happened when the government became a secular state in 2008, having previously been officially Hindu. The country is now home to more than 8,000 Christian churches and over a million converts to Christianity. That’s about four per cent of the population.

Your prayers and support mean that Open Doors can continue to work through church partners and volunteers in Nepal. Those partners offer legal support, training for church workers and others, livelihood and community development, and church materials, among other activities. Your support is helping give hope to the church in Nepal, which is growing despite facing new obstacles.