On Saturday night protesters set fire to an Assembly of God church in the city of Maradi, in southern #Niger. A car belonging to the pastor of the church was also set alight.

Sources in the country have said other churches in the city were also targeted but that security forces prevented any being damaged. Sources also expressed concern about the possibility that the protests could spread to other cities. 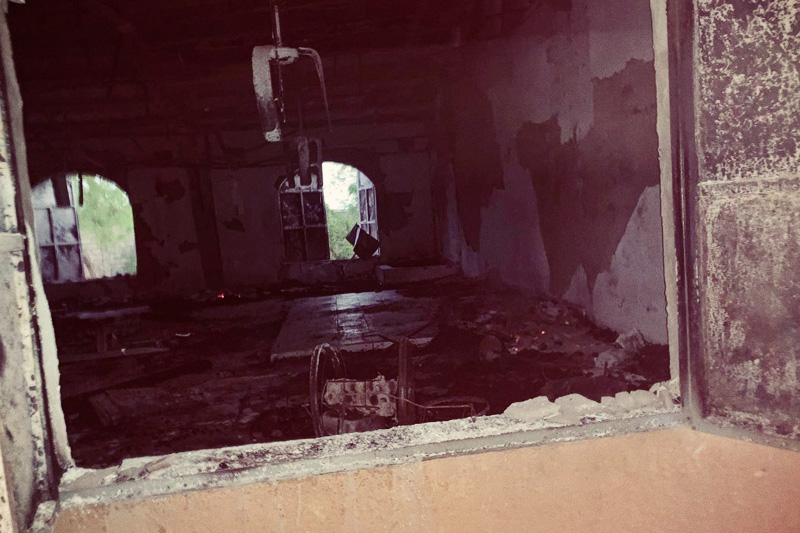 Image: The remains of the Assembly of God church in Maradi

The protests in Maradi, Niger’s 3rd largest city, were sparked by the arrest of a prominent Muslim leader on Saturday. Sheikh Rayadoune of the Zaria mosque in Maradi, was arrested after calling a proposed law on religious worship “anti-Islamic” on Friday. By late Saturday, news of his arrest spread, and Muslim groups had set up roadblocks and burned tyres in the streets. Sheikh Rayadoune was released on Sunday. He appealed for calm and denounced the violence, as well as saying he had misunderstood the new laws.

Niger is a Muslim dominated, but secular country.There are around 72,500 Christians who form less than 1% of the population. Difficulties for these Christians (particularly converts from Islam) mostly arise from Islamic radicals and organised corruption.

On 7 June Boko Haram kidnapped a Christian woman in the village of Kintchendi, Diffa region. She was released the following Monday with a letter to all the Christians living in that area to leave within three days or be killed.

Open Doors field sources say the Christian Association of Niger has urged all Christians in that area and other rural areas of Diffa region to leave and go to the city of Diffa.

Fifty people heeded the advice, and arrived at Diffa.

On the morning of Sunday, June 2, government security forces foiled a suicide attack against the Abundant Life Church in Diffa. The attacker and his guide were arrested in front of the Church. They were in possession of an explosive belt with its firing device, and other weapons.

As you can see, the situation for Christians in Niger is tense. Please pray that calm will be maintained. Thank the Lord that further damage to churches have been prevented. Pray for the Assembly of God church in Maradi to experience the Lord’s peace, courage and provision following this attack. Pray that the Church in Niger will be able to maintain the good relations they enjoy with their Muslim neighbours and that this legislation will not drive a wedge between them.

Choosing to follow Jesus takes courage in Niger. Get your free copy of our new Guts and Courage resource to learn more about the places in the world where Christians face pressure, violence and intimidation for their faith and get inspired to live out your walk with God with more boldness…