Nigeria: “Jesus promised He will not leave me”

Pastor Andrew vividly remembers the attack on Guyaku, his village in Nigeria. “At about 7pm, the treasurer of my church ran to my house to tell me to run,” he recalls. “Fire was consuming the entire village. That was how they entered our community – killing one of my church members who was there listening to the news on the radio.

Everybody fled. From a mountain hiding place, Pastor Andrew could see Boko Haram militants banging on the door of the church, and of his house. As he hid with members of his church, Pastor Andrew prayed a specific prayer. It wasn’t for safety. It was for faith. “During the time of the attack, my prayer for my church members was that God would strengthen their faith,” he says. “And even if they are abducted, they should not deny Christ but hold firmly to their faith.”

In the morning, everyone left their hiding places and tried to find missing friends and family members. Not everybody could. Several believers had been killed, and all but six of the houses in Guyaku were burned down. Boko Haram had stolen their possessions, and what they couldn’t take, they burned.

“The persecution was so much that I never imagined we would come together again to worship in the church,” Pastor Andrew says. “We lost everything.”

A trend of violence

This is far from an isolated incident. Attacks like this – by Boko Haram, Fulani militants or other Islamic extremists – are growing in severity and in number. Last year, 4,650 Christians in Nigeria were murdered because of their faith – more than in the rest of the world combined.

Neighbouring countries are also witnessing devastating attacks, and it’s spreading across West Africa – with militants emboldened by the Taliban takeover of Afghanistan. It’s one of the main reasons that Burkina Faso, Mali, Cameroon and Niger are on the Open Doors World Watch List. These sorts of crises seldom make international news – but they can cause loss that impacts generations. 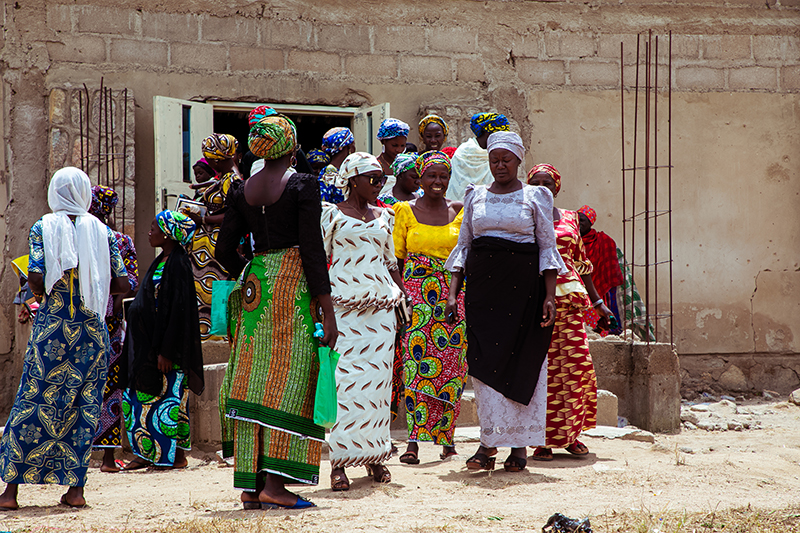 Despite what he has seen, Pastor Andrew’s faith stayed strong. Many Christians left for nearby towns, but Pastor Andrew and other church leaders decided to stay in Guyaku – to help the villagers who remained, to rebuild the community and to re-establish a church.

In the midst of the devastation caused by Boko Haram, Pastor Andrew and his church chose to praise. His resilience is astonishing, and his faith is inspiring.

How your support helps

As soon as Open Doors heard about the attack, local partners rushed to serve the church with emergency relief and food aid, as well as trauma counselling and support for the longer-term. Christians in Guyaku didn’t just need to keep going for a few days – they need to survive for the next generations. And your gifts and prayers, and God’s mercy and grace, mean that can happen. 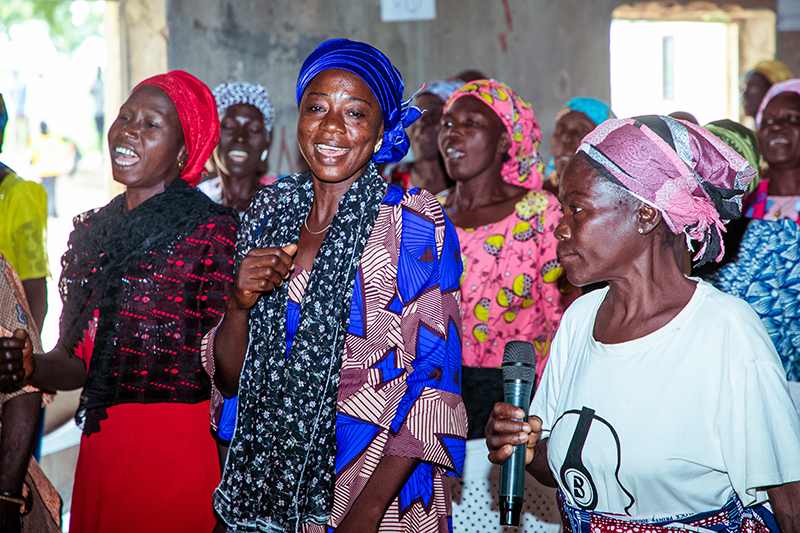 Image: Praise and worship inside the rebuilt church

Boko Haram thought they were wiping out Christianity in Guyaku. But God had other plans. The exact opposite has happened: the church is growing and they’ve had to build a bigger place to worship. “Those who fled started coming back,” says Pastor Andrew, “since they saw that people had returned and were rehabilitating. Honestly, to me, these attacks brought a lot of positive change.”

Pastor Andrew has moved to a new church now, to share his skills and training with a new group of believers. He often visits his previous church, and sees that it is a community of hope bringing relief and spiritual support to the most vulnerable in the community. Your gifts and prayers are equipping the church to demonstrate the life of Christ to those around them.

When Pastor Andrew is asked if the attack has weakened his resolve or made him fearful of following Jesus and leading his people, he gives a simple but powerful reply: “Come what may, I won’t turn back because I know there is a reward that awaits me. Jesus promised He will not leave me or forsake me – and I can testify that.”